A busy assistant editor working with legendary editors, directors, and producers on blockbuster stories needs a platform for editing and media management that is widely known and used to make feature films and TV programs.

Avid Media Composer | Ultimate and the Avid NEXIS shared storage platform provide the media editing and management power essential for assistant editors and the leading professionals they work with to power their projects.

Is Eddie Hamilton your mentor?

He definitely has been a great mentor, and I hope he will be for many years to come. I wouldn’t have worked on any of these projects, if it wasn’t for him and the belief and trust he put in me. I owe him a lot and am very grateful for the opportunities he gave me.

He’s a world class editor, and you never stop learning from people like that. Not only creatively, but he has an incredible technical knowledge that’s an invaluable resource to pull from as an assistant. He always wants to use the most up-to-date technology and version of Avid, as well as push boundaries by editing with UHD media and 5.1 sound, which has furthered my knowledge and experience as an assistant.

He always encouraged us to edit scenes when we had time, even suggesting we cut one scene per day, which realistically you don’t have time for as an assistant, unless you make the time yourself at the end of the day. He would watch and give feedback on the short film projects that we were editing in our spare time.

Eddie is extremely collaborative, and always asked us for our opinion on the film at every stage in the process. He would consider all the opinions we gave him, as he wanted what was best for the film. There’s a lot to learn from there! 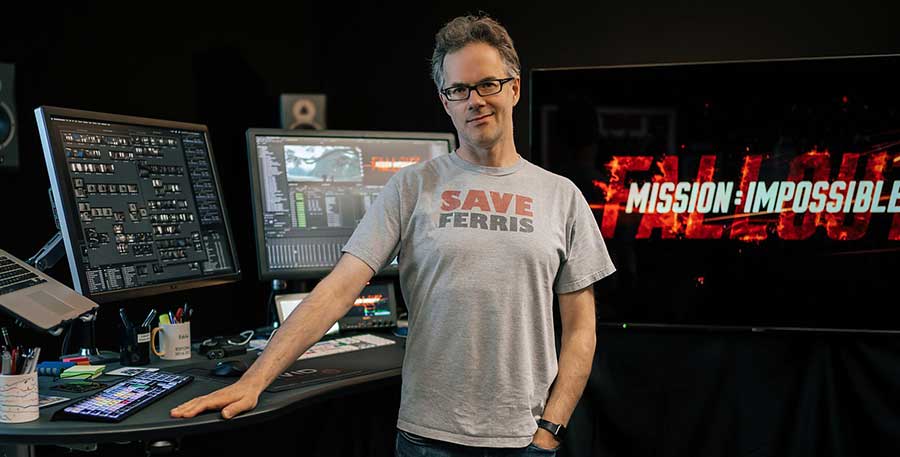 Has working with great editors changed your perspective about the editing process?

It most definitely has. It’s the whole reason I wanted to become an assistant editor in the first place, so that I could work with world class editors and learn from them. I could have carried on editing small projects, but I looked at the bigger picture, and knew this would make me a far better editor down the line, creatively, technically and politically.

When I was editing before, I’d try and make my assemblies as tight and polished as possible, and had a very rigid approach, not leaving much room for feedback and revisions. Now I understand that editing is very much a process, that experimentation needs to be encouraged. It’s important to not be afraid to completely re-cut scenes and change the structure of a film, to pay attention to the pacing of the whole film, rather than per scene. I learned to use close-ups sparingly, as a tool to emphasize moments, when not to cut and hold on shots, and how to guide the music, sound and VFX to create a tone and style that matches the director’s vision. Filmmaking really is a collaboration that yields better results when working in a bigger team with a variety of skillsets.

You´ve been involved in seven feature films. Do you change the way you work for every film or do you have a standard technique to work with?

Every film is unique, and requires a different approach. Each editor you work with will like things done differently, and the workflow will always change. Even though we’d all worked with Eddie on Kingsman, and he has an established way of working, we still changed things slightly for Mission, because we were working with UHD Avid media, shooting on film and doing 3D post conversion. All these things will change the workflow.

How Eddie liked his dailies stayed the same, for the most part, but it’s a constantly evolving process. We tweaked the way we did the dailies on certain things when we saw room for improvement. We’re always looking for ways to make the process quicker and more efficient. At the end of each project, Eddie asks everyone what they think could be improved upon, and then we implement peoples’ suggestions on the next film.

Continue the Interview with Ryan Axe: About Mission: Impossible – Fallout