Various well known directors and editors have put their hand to crafting the mini-feature episodes of the gripping new adventures of Sherlock Holmes and Dr John Watson. Editor Yan Miles was up for the challenge when he was enlisted to craft the enthralling series three finale. Miles embraced Avid Everywhere by utilizing the industry's most trusted editing solution for professional video production from the Avid Artist Suite, running on the Avid MediaCentral platform.

For His Last Vow, a reworking of Conan Doyle’s The Adventure of Charles Augustus Milverton, Miles deftly weaved together the gripping plot strands, with the pathos and humour of Cumberbatch and Freeman, seamlessly on Avid Media Composer. Directed by acclaimed British film and television director Nick Hurran, His Last Vow was nominated for several awards, including the Primetime Emmys, at which it won a stellar seven awards, the most for any TV episode. 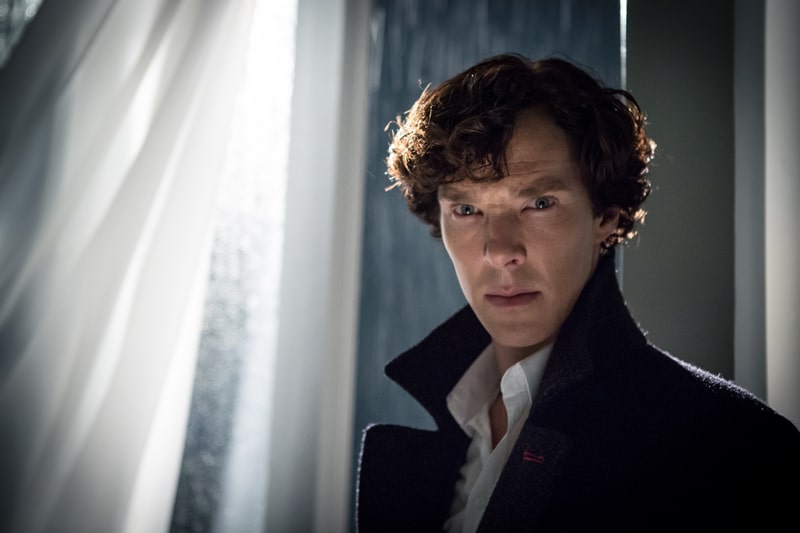 Media Composer is vital when I edit drama. On His Last Vow there were many challenges and some particularly complex sequences. As an editor, working on Sherlock expanded my palette.

“If there was ever a British TV show that allows for some fun, edgy editing - it has to be Sherlock!” exclaims Miles. “It’s different from other TV shows and people love the fast, contemporary, fantastical world with a ‘who dunnit?’ detective at the heart of the story. Sherlock’s relationship with Dr Watson is brilliant. Think Laurel and Hardy, Starsky and Hutch, Butch and the Sundance Kid. Essentially, it’s a show based on brilliant books, with great script writers.”

In a time gone by

For Miles, it all began with a love of cinema and television. He declares legendary director David Lean’s inspiring movies as a big influence. “I can’t tell you how many times I’ve watched The Bridge on the River Kwai. ”Miles started working in the industry as a runner for Salon Films, owned by the late Stanley Long, who owned a dry hire edit facility with Steinbeck's and Moviola in London’s Soho. “This became my film school, with many great editors and directors editing in the cutting rooms. This was where my love of film was born.”

After years of first-hand experience, Miles decided that he wanted to become an editor in his own right, but knew it wouldn’t be easy. “I started cutting music videos, corporate and documentaries. I would take on any short film even when there was little financial incentive. Cutting my teeth and learning how to work with directors and producers, even with small budgets, was essential. Editing is a craft that one learns with time and experience; it’s a passion before a career.” 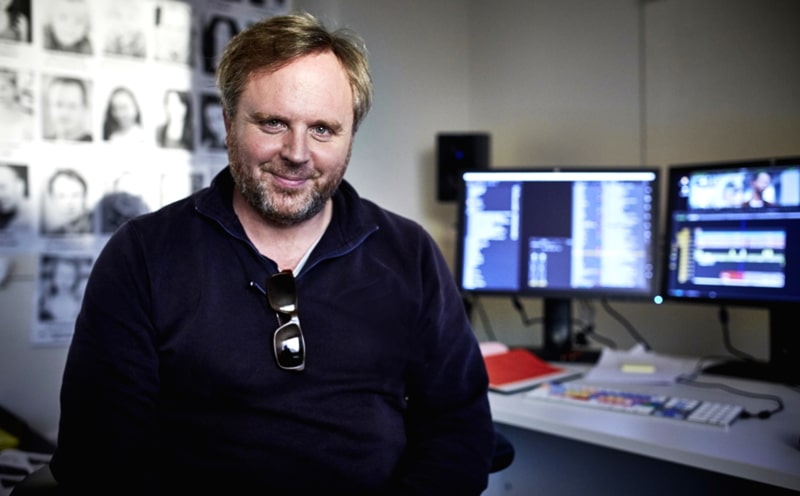 For me, Avid heralded a new era and one which I feel very lucky to be a part of. Knowing how to use these tools doesn’t qualify you to be an editor, or storyteller, but they definitely facilitate that process.

Wanting to get closer to editing drama, he accepted a position as a second assistant editor on the HBO/BBC show Band of Brothers, produced by Steven Spielberg and Tom Hanks. The editors were Billy Fox, Francis Parker, John Richards and Oral Norrie Ottey. “Learning to edit from your peers is essential and I had the biggest learning curve on this show. I continued to be an assistant editor for Fran and Oral until I was lucky enough to be given a break cutting on Season 1 of HBO’s Rome.”

Miles trained on early versions of Media Composer. “For me Avid heralded a new era and one which I feel very lucky to be a part of. Knowing how to use these tools doesn’t qualify you to be an editor, or storyteller, but they definitely facilitate that process. I’ve spent many hours learning on Media Composer and I’ve always felt I’m using the latest technology. I’m looking forward using touch screens to edit and thanks to the latest advancements, I often edit on the move, on trains, planes, and in hotel suites and at my home in London.”

Miles first worked with director Nick Hurran on the 2009 remake of The Prisoner together for AMC/ITV. Looking closely at his editing style on Sherlock: His Last Vow, Miles said: “It was something that was set by a series of great editors before me, so to some extent, I assimilated to the show's existing style. I enjoyed the pace of Sherlock as an editor and I think the style came naturally to me. It's a lot of fun to play around with unconventional editing, using wide shots to super CU’s. Most of the Sherlock series style was masterminded by Charlie Philips, so I raise my Emmy and Eddie to him!”

“For me, Media Composer is vital when I edit drama. On His Last Vow there were many challenges and some particularly complex sequences, like his near-death experience. During this intense emotional scene, the biggest challenge was blending the mind palace of the character Charles Magnussen into the story, but never giving the audience too much as so not to lose the surprise elements. As an editor, working on Sherlock expanded my palette.” 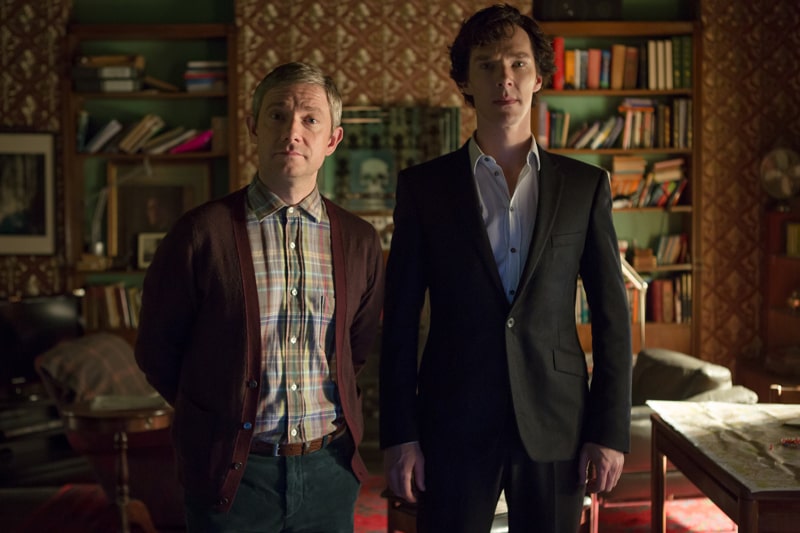 When thinking about how Media Composer was a necessity in crafting the nail-biting series finale, Miles gives a rundown of his favourite features: “Some of the tools I couldn’t do without are the Magic Bullet, which is a great grading/FX tool for giving scenes a certain feel beyond the LUT. Trim mode is just brilliant, key framing audio, sharing bins, and being able to change the settings to your personal taste also help me manage my workflow. Group clips and multi-cam and Animattes, the list goes on! I also love how easy it is for Media Composer to talk to third party programs.”

Unlocking the secrets of the edit suite with Avid

After using Avid for over 20 years Miles says he’s pretty flexible on his Media Composer setup. Travelling to different cities in different post houses meant he had to get use to different levels of Avid systems and setups. “For years I preferred Media Composer on a PC, but now I’m thrilled that Avid is so solid on the latest Mac Pro’s.”

The robust structure of Media Composer is what gives it its sheer brilliance—it just works and runs so well.

Miles is currently shooting and editing a three part feature of Arthur C. Clarke’s Childhood’s End in Melbourne, where there are over 1200 VFX shots to incorporate. For which he’s convinced that “Media Composer is the only NLE system capable for such a project!”

Reflecting on the flexibility of Media Composer, he adds: “I recently cut a show for Cinemax/HBO/Leftbank Pictures called Strikeback. We setup Media Composer in the director’s truck on set in Bangkok, Thailand, so we could start cutting through AMA off the data card. The night-time shoots in Khlong Toei left much to be desired, but it worked and the process was perfect and proves how Media Composer is flawless in difficult situations such as this.”

Miles concludes: “The robust structure of Media Composer is what gives it its sheer brilliance - it just works and runs so well. The ease of transporting MXF files on small pocket drives from Bangkok to London, to Budapest and on to South Africa and editing from a laptop and sending bins with cuts attached back to cutting rooms in London in seconds is essential. When technology helps us rather than hinders, we are all better film makers.”