Avid Everywhere Helps Put Sin City Back on the Map

Sin City is back—with dangerous dames, and men on the edge, in the dystopic, noir, and now stereoscopic 3D-world of Basin City. Sin City: A Dame to Kill For was co-directed by Robert Rodriguez and Frank Miller, and based upon Miller’s graphic novels with his distinctive visual-aesthetic. When Rodriguez also took the editorial lead, he embraced Avid Everywhere by deploying the Avid MediaCentral platform to streamline and simplify workflows for him, the editorial team and sound department. By tightly integrating Avid Artist Suite and Avid Storage Suite solutions, including Media Composer, Avid ISIS shared storage, and Avid Pro Tools | HDX, the MediaCentral platform brought the Avid Everywhere vision to life for the long-awaited sequel to the hard-boiled 2005 hit crime film. 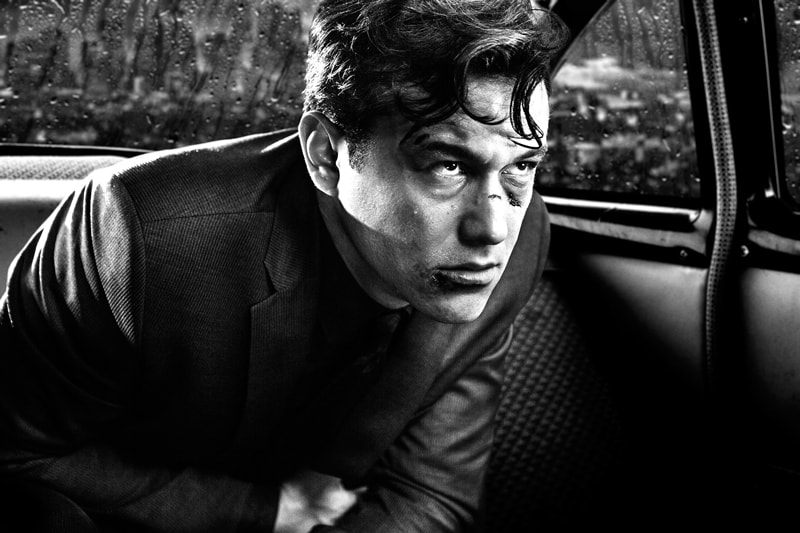 “The performance of Avid products has allowed me to keep my post process quick, streamlined and personal,” says Rodriguez. “It lets me collaborate with a close creative team to make big features in a family environment.”

Editing Sin City: A Dame to Kill For involved myriad editorial venues and staff simultaneously. Rodriguez worked from his Austin, Texas home where he has his own Media Composer and Pro Tools systems. Editor Ian Silverstein, first assistant editor/digital conform editor Jay Mahavier and VFX editor Travis Smith were based at Rodriguez’s Troublemaker Studios in Austin.

The performance of Avid products has allowed me to keep my post process quick, streamlined and personal.

“Robert does a lot of his own editing. He doesn’t come into the cutting room, but he’s incredibly collaborative. He has strong ideas but is also very open to ideas,” says Silverstein, who previously teamed with Rodriguez on the Machete film series and the last picture in the Spy Kids franchise. “Avid, being very versatile and flexible, helped with our collaboration. There was constant back and forth with Robert as I provided multiple versions of scenes: a longer editor’s cut and a more refined cut. It was a constantly evolving process, endlessly sculpting the picture.”

Silverstein calls Avid Media Composer, “a very personal system that speaks to what film and TV editors need. It offers quite a few creative tools to implement the director’s vision. As a picture editor, one of the most important things is to be able to show intent in terms of how you want things to unfold. Avid is instrumental in implementing that approach. It takes you into the stratosphere of a completely different realm of what you can do. Media Composer has just gotten better and better over the years.” 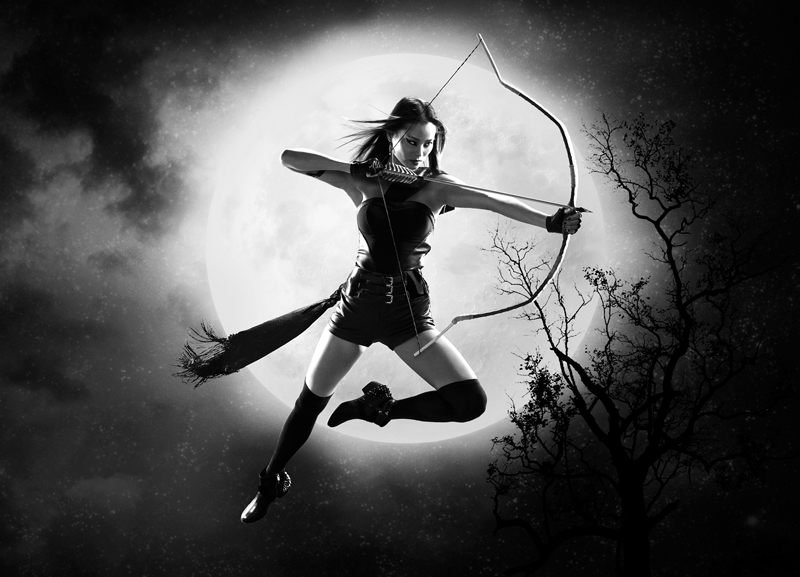 While cutting Sin City: A Dame to Kill For the same editorial team was simultaneously working on the first two episodes of From Dusk till Dawn: The Series, which Rodriguez developed and executive produced for his new El Rey channel and Netflix. Although the remaining episodes were handled by an editorial crew in Los Angeles, Rodriguez was responsible for the final cut, so all the media for the entire season had to be kept online, enabling him to exchange bins with the other editors and make his final cuts. “Just being able to do the project sharing, sharing the actual bins, made the process that much smoother for all the projects in editorial," Mahavier reports.

A lot of people look at Media Composer as merely a video editor. It’s also a database of information that I can use to manage the project and make sure that it gets done right.

Mahavier also gives kudos to Media Composer’s data management capabilities throughout the post production process. “Just being able to manage all of that data is one of the strengths of Media Composer,” he says. “A lot of people look at it as merely a video editor. But as an assistant editor, a key benefit for me is that it’s also a database of information that I can use to manage and organize the project and make sure that it gets done right.

All of Rodriguez’s films since the second picture in the Spy Kids franchise have been edited and mixed on Pro Tools. Pro Tools | HDX was used for Sin City: A Dame to Kill For, with four systems—for dialogue, music, effects plus a stem recorder—linked and controlled on Troublemakers’ mix stage using Avid Satellite Link. A two-user ICON control surface was employed for the final mix.

“For us it’s never been a question of using anything other than Pro Tools,” says sound supervisor Brad Engleking. “There’s no reason to try something new when we know that Pro Tools will do it right out of the box. We just assume it will work the way it’s designed to, and it does.” 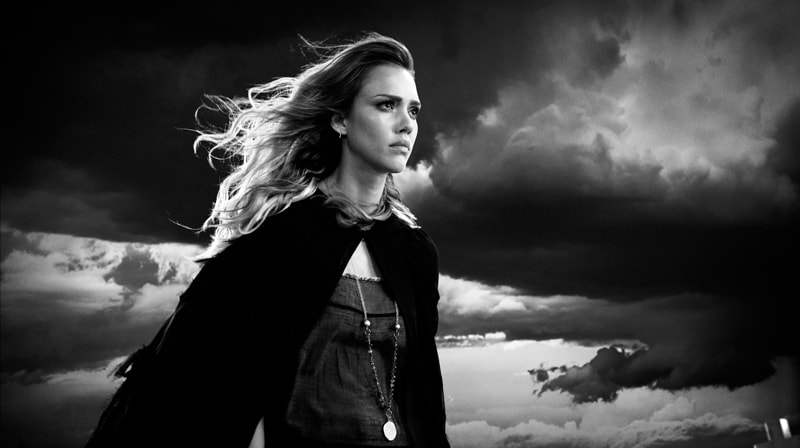 After Mahavier synched the dailies he turned over an AAF containing the MXF media to Engleking who relinked that media back to the raw files recorded on set and began cutting the dialogue. “The nice thing about being the editor and dialogue mixer is that I can use Pro Tools to pull up whatever tracks I want really, really quickly without having to ask someone to get me a different mic or anything else. It’s all built into the software,” he says.

The sound department interacted with picture editorial in a “pretty traditional” way, he reports. “They rendered QuickTimes, and we worked with them. Since we were in a different location we didn’t have access to the stored media.”

There’s no reason to try something new when we know that Pro Tools will do it right out of the box.

Silverstein says he “also uses the audio tools” in Media Composer. “I do a lot of temp sound effects and music. I try to provide some sort of sound design to envision the film—that’s instrumental to timing and storytelling.”

Integration with Pro Tools is much tighter with Media Composer than with Apple’s Final Cut Pro, Engleking reports. “The AAF and MXF media we get from a picture department that’s using Media Composer always seems to work better,” he says. “All the sound department integration issues, or issues with file compatibility, are a lot less common. With Robert’s shows, where there are constant VFX and picture changes, it feels like when it’s time to conform all your sound elements to match the picture it works dramatically better with Media Composer.”

He points out that the Sin City sequel was the first show on which he used Pro Tools | HDX. “HDX enabled us to carry all the effects elements from the editors through to the final mix without having to do any pre-dubbing or pre-mixing,” he says. “In some of the reels we have 500 or so sound effects, but we were able to conform and mix all that without having to crush it all down into pre-mixes. We couldn’t do that before.” 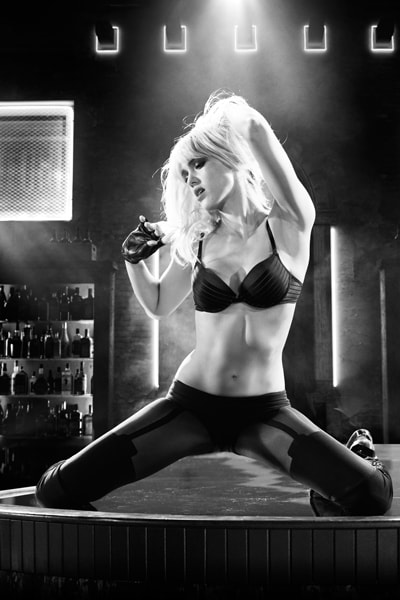 Engleking says the speed of Pro Tools | HDX has enhanced the creative process. “I can try something that takes 90 seconds and if it doesn’t work I’ve lost 90 seconds, not five minutes. It gets me closer to working at the speed of thought, which is what Robert is always talking about. That means I can try things I wouldn’t have attempted otherwise with stage time so valuable. And that’s how the artistic process happens—that’s what excites me about it!”

He says he’s still exploring the array of features in the latest versions of Pro Tools. “Avid constantly adds new tricks to the arsenal, quick little keys that just enhance your ability to do things that much faster. The software marches along so we’re at a point where the actions we take, the moves we make, the thing we’re trying to control become more intuitive. We’re thinking about what we’re trying to accomplish instead of how to accomplish it. With Robert at the center of everything his time on the mix stage is limited. We always have to maximize his time. For us, it’s these little things that bring us that much closer.”

The close-knit team that Rodriguez assembles for all his productions maintains tight integration and creative collaboration with their roster of Avid products. “This whole facility has been built around Avid from the very beginning,” says Engleking.