It's Boom Time for Avid at Sonicville

Located in an old renovated milk factory in the heart of Brussels, Sonicville Sound and Music provides a full array of audio services—from music composition and recording to ADR/Foley and TV and Film audio post production. Sonicville installed a 32-fader, S5 Fusion console with EuCon control of Pyramix and Soundscape DAWs in their premier 5.1 Mixing Theatre—the first of its kind in Brussels.

“We went for the S5 Fusion because it is an industry standard and we know that it will attract not only new customers but also reputed sound engineers who want to work on an Avid,” said Patrick Hubart, Chief Engineer at Sonicville. 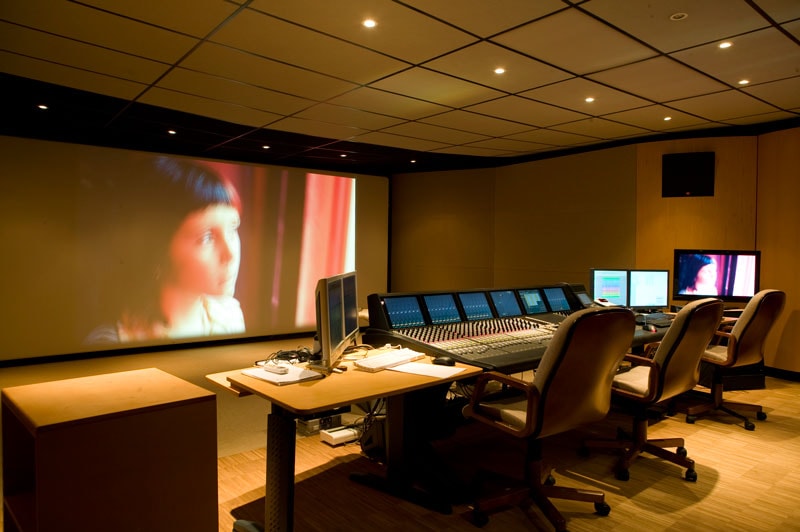 Sonicville has already completed a number of high profile projects on the S5 Fusion, including the feature films SM Rechter by Eric Lamens, My Queen Caro by Dorothée Van Den Berge, the Flemish cinema versions of Nico and The Way To The Stars by Michael Hegner and Kari Juusonen, and the official Cannes selected Panique au Village by Stéphane Aubier and Vincent Patar. Additionally, they also completed television projects such as Smaak van de keyser/L’empereur Du gout for VRT and RTBF, and are currently working on the television series Ancienne Belgique.

We went for the S5 Fusion because it is an industry standard and we know that it will attract not only new customers but also reputed sound engineers who want to work on an Avid.

The S5 Fusion is a complete professional mixing package that provides a fusion of Avid’s new processing DSP SuperCore engine with EuCon Hybrid, a technology that allows the console surface to control its own DSP channels as well as channels from multiple external DAWs simultaneously. The system is designed to handle HD surround audio post and music applications and is the only system available with both DSP and multiple DAW control.

The S5 Fusion has a cost-effective and compact back end, combining the studio computer, DSP Cards with MADI I/O, EuCon Hybrid DAW control, machine control, and monitoring all in one 6U rack mount unit. The new SP663 DSP cards increase the channel count to over 100 channels at 48KHz and the system can also be run at 96KHz with 50% less channels.

A new era in Belgium

Frédéric Vard, Belgian distributor at Puretec-av, who presided over the sale and installation of the S5 Fusion, explained the significance of Sonicville. “This is the first DSP based console sold in Belgium through a local distributor and this means Avid enters a new era in Belgium. Puretec-av has the credibility to build on this installation for future bigger sales in the broadcast market here in Belgium.”