Taking up the mantle of director for the second time, Sam Mendes’ latest James Bond adventure is an around-the-world mission that sees 007 uncover the cryptic web of the SPecial Executive for Counterintelligence, Terrorism, Revenge, and Extortion: sinister global-crime organization, SPECTRE.

The plot for the for the 26th installment in the franchise sees Bond posthumously receive a message from Judi Dench's M, which in turn leads him on the trail of the criminal group. Back in London the UK's fictional Secret Intelligence faction, M16, is in turmoil as questions of relevance arise about the Double 00 spy operative, and its place in the modern-day British Reconnaissance. Venturing with Bond towards the heart of the SPECTRE, we learn the chilling connection between Bond and the enemy he seeks; a familiar character from his past.

Daniel Craig reprises the role as Bond a fourth time. Various strands of his character’s history entwine in Spectre. With its overarching story-line reflecting on the past, present, and potential future of Craig’s Bond portrayal, the movie also bids a nostalgic nod to the villains from Agent 007 past. Spectre is 007’s first encounter with the international crime syndicate since 1971's Diamonds Are Forever, in which—following defeat—the organization disbanded. 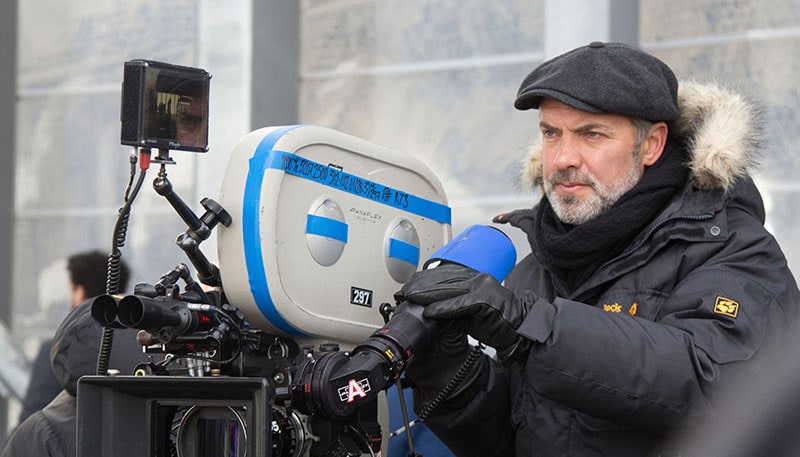 Award-winning editor Lee Smith (Interstellar, Inception, The Dark Knight Rises), his longtime associate editor, John Lee, and their acclaimed team faced their own mission to weave the complex narrative of Spectre. This included dealing with a huge volume of footage and ensuring seamless collaboration between the director and editorial teams.

Continuing their work with Mendes after winning an Academy Award for Achievement In Sound on Spectre’s preceding film, Skyfall, were supervising sound editors, Karen Baker Landers and Per Hallberg (The Bourne Ultimatum, Ray, and Black Hawk Down). They headed a highly acclaimed audio team to create the perfect soundtrack to echo the high octane adventures of James Bond. To overcome a challenging edit on Spectre, the video and sound teams embraced Avid Everywhere, relying on solutions from the Avid Artist Suite and Storage Suite, powered by the Avid MediaCentral platform.

Building Bond for the silver screen

Cutting Spectre on Avid Media Composer, the industry’s leading editing solution was a given for the editorial team. Associate editor John Lee says, “I’ve worked for Lee Smith for many years now, managing a busy cutting room and creating the workflow for projects. I started out learning Lightworks, then Avid came along and really took off and I’ve been using it ever since.”

When discussing how he shapes a workflow on a project like Spectre, Lee adds, “I’ve used Media Composer for so long now that I’m very comfortable with it and wouldn’t choose another system. With continuous and regular updates, I’m always learning new things. Working with other assistants on a job allows you to pick up new tips and tricks as they always bring new ideas to the table, which I shamelessly steal for next time!” Lee continued, “We shot over 128 days in the main unit and 97 days in the second unit. Some units traveled to various locations, including Austria, Italy, and Mexico, but our team remained at Pinewood Studios for the duration of the edit.” 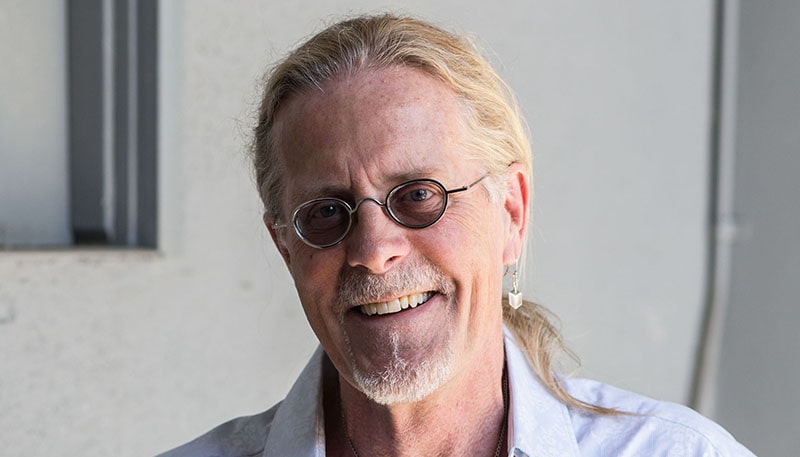 A typical set-up consisted of the editor, his associate, and various assistant editors, who would receive, log and send content to bins to work with across five Media Composer systems. It was a tight schedule for the editorial team, with a turnaround time of just 11 months from the initial shoot in August 2014, to the final edit and wrap in July 2015. Shared Storage facilitated real-time collaboration between the editorial, sound and marketing departments. “ISIS shared storage was great,” explains Lee. “The collaboration features allowed everyone across our team to access material whenever, wherever, fast and efficiently.”

A screening room was set up in the editorial department to run the dailies for the director and producers. Smith and Lee synced Media Composer to run the day’s work directly onto the big screen, after which Lee would report his dailies. Screenings ran consistently, up until and briefly after Christmas 2014, when Mendes was ready to begin the director’s cut. “It was a very collaborative process with Sam,” Lee explains. “He visited us in the cutting room many times at Pinewood and we were constantly sending him rough cuts for feedback and ideas.” During the director’s cut, a splinter editorial crew moved to the British Cotswolds to edit alongside Mendes. The small team, including Smith and Lee, also comprised a VFX supervisor and a Music Editor, allowing the team to craft the movie quickly, and efficiently, securely away from studio distractions.

When analyzing the crossover between the video edit and the vital elements of sound, Lee explains, “Whilst we worked closely with the sound crew across the entire edit, sometimes we recorded ADR directly into the system and some of it is now in the final movie. Personally, I enjoy coloring clips so that any dialogue, SFX, and music in the scene I’m working on stand out from each other. Additionally, Avid Audio Suite was very helpful as an EQ tool.”

Bringing the enigmatic world of 007 to life through the medium of sound and music has always been a coveted role for those involved. The title track for the modern day Bond movies has come to be almost as anticipated as the movie itself and is a musical ‘badge of honor’ that only a few have the privilege of owning. 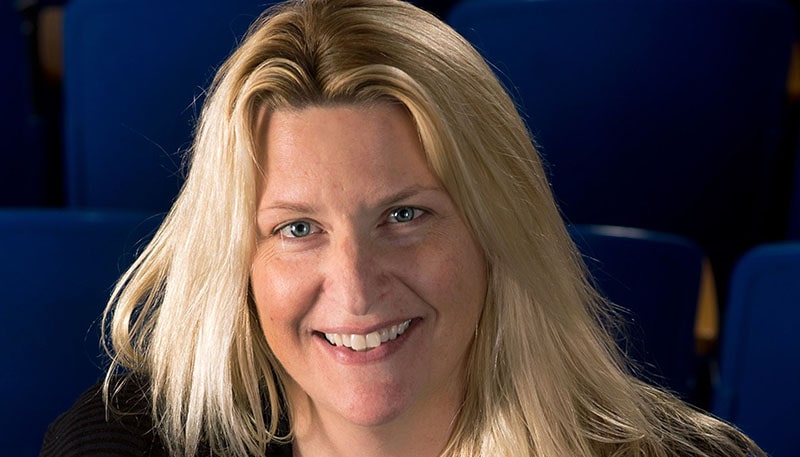 The award-winning supervising sound editors Karen Baker Landers and Per Hallberg were invited back by Mendes, picking up pretty much where they left off and hit the ground running with the industry-standard, audio-production solution, Avid Pro Tools. “Every film has its own special challenges,” said Hallberg. “On Skyfall, it was our first time working with Sam Mendes. and the first time on a Bond movie; so it was a bit of a learning curve. On Spectre, we had a much better understanding of how to work with Sam’s sonic vision for his film. The challenge, this time around, was how to top what we had done previously.”

Successful sound on any movie is a group achievement. Baker Landers explained the way the duo approaches a project, and the testament it was for them, as supervising sound editors, to be surrounded by a strong supporting team. “Our basic setup and roles don’t really change from project to project. However, as a unit, we adapt and adjust our plans as we go, depending on the needs of the project and filmmaker. When it comes to the creative aspect of the work, it’s always a team effort; not just between the two of us but also with the rest of our team. Most of our crew members have been working with us for at least 15 years, which creates a safety and shorthand that’s irreplaceable.”

Due to time, overcoming the challenge of taking a new direction for the intricate accompanying soundtrack to the adventures of Bond was an even tougher mountain to climb. Baker Landers explained, “The biggest difference between Skyfall and Spectre would have to be the schedule for all departments. For us, it meant that we didn’t have as much time to prepare our tracks as we did on Skyfall. The creative process and our interaction with Sam were compressed. Meaning, we had to get it right a lot sooner, and with less feedback.”

Hallberg continues, “We all felt it, but most of all, it put Sam under immense pressure. We continued to work on Pro Tools, this time we were using version 11. The collaboration was effortless and during our final mix, Sam was going from score sessions, score mix downs, visual FX, color timing, ADR sessions, and to us for the final mix. Everybody wanted and needed his time. But everything came together, in the end, thanks to Pro Tools and a few late nights. Thankfully Sam is very decisive and knows what he wants.” 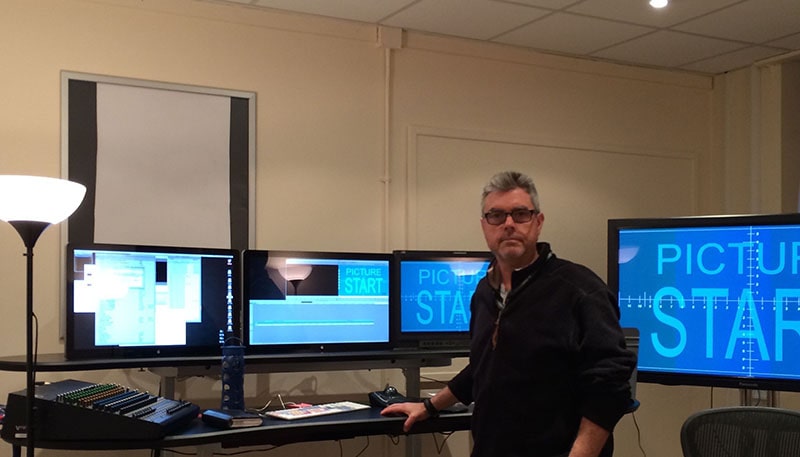 Spectre certainly doesn’t lack action. And some of the biggest and most dynamic action sequences ever were achieved in this installment. Baker Landers explains how these high octane moments helped craft the overall direction of the sound for the movie. “All of the large-scale set pieces had their demands, however the opening sequence in Mexico City was probably the most demanding of all. From the changes of music to the different flavors of crowds, explosions, and the intense helicopter fight. We had to weave a tapestry of sound and music that was exciting, but did not get in the way of telling and opening the story of Spectre.”

“Editorially, we all know that meeting the deadline on Spectre was a complete team effort,” concludes, John Lee. “Along with our dedicated team, all of this wouldn’t have been possible without the collaborate power of Media Composer, which allows us to all interact and work seamlessly. It’s an honor to have worked on this film, and with Sam, and we’re proud to have made our contribution to the legend of 007.”

“It’s Bond… James Bond… and you can’t screw that up!” reflected Per Hallberg. “On every film, you want to make something new, special and different, but when it comes to 007, there are longstanding tradition and a certain level of expectation. For anyone working with Sam, and particularly on Bond, you certainly feel that you need to step up your game.”

Baker Landers also concluded, “It was a pleasure working with Sam. He’s talented, passionate, intense, and most importantly he’s a master storyteller. His view on the importance of sound is that it’s there to support the story, to complement, but not take over.”