Quickly bounce between daily classes and live performances at a high-profile jazz festival.

Founded in 1972, the Stanford Jazz Workshop has been nurturing talent for over 40 years, bringing in some of the world’s greatest artists to mingle with students of the Jazz Camp by day, followed by performances at the Stanford Jazz Festival by night. Countless jazz greats have participated over the years, and this year was no exception—Herbie Hancock, Dr. Lonnie Smith, and Stanley Clarke were just a few of the highlights of the nonprofit organization’s 42nd season. 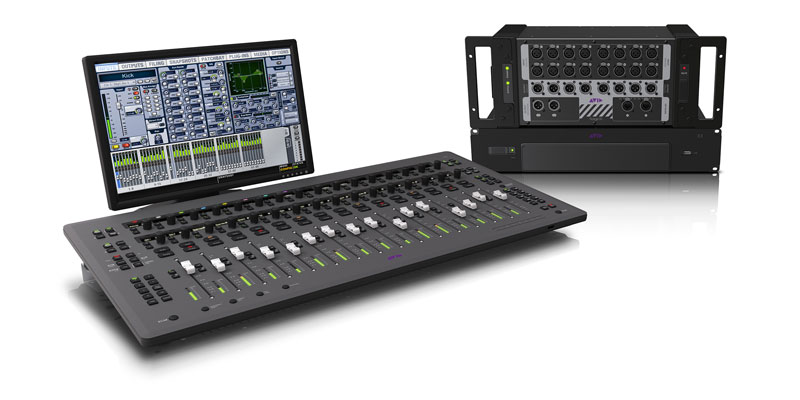 Most of this year’s performances were held in Stanford’s Dinkelspiel Auditorium, with Bay Area live sound veteran Lee Brenkman—who’s been associated with the festival for over a decade—in charge of sound reinforcement responsibilities. The festival presented a unique set of challenges for Brenkman, and he needed a solution that delivered great sound quality with minimal setup time. A longtime user of Avid live systems, Brenkman chose the Avid VENUE | S3L-X System for its powerful performance, compact footprint, and ability to deliver studio quality sound to the stage.

“One thing about the Stanford Jazz Festival, is that time is short,” Brenkman explains. “Even though there’s usually just one band per concert, they use the stage of the venue as a classroom until 5pm, which means that between 5pm and 6:30pm, we have to turn it around into a performance space again.”

An enormous improvement in sound quality 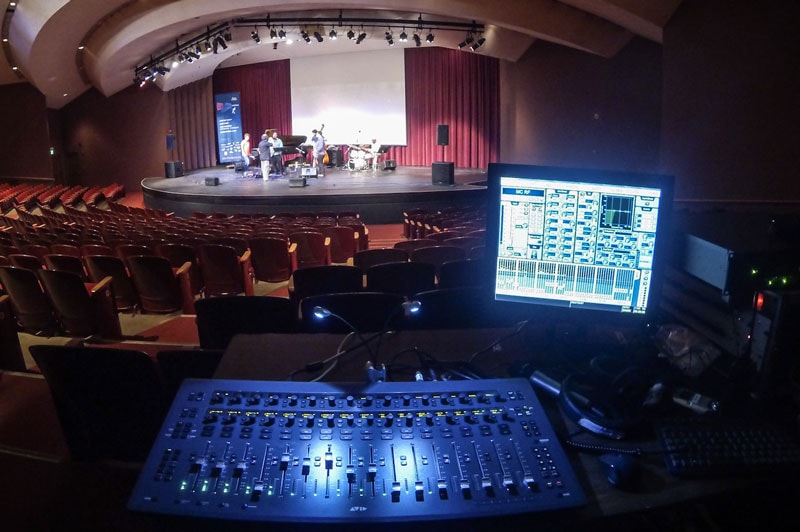 Brenkman says the Avid VENUE | S3L-X not only exceeded his expectations, it impressed the other audio techs. Featuring professional-grade I/O’s, transparent preamps, premium signal paths, and AAX DSP plugin support, the system provided the festival with a huge leap in sound quality, while greatly simplifying the setup process.

“All the festival techs were really fascinated with the system, really liking the size, the Cat5 snake—all the things that make setting up and tearing down a system a drag,” Brenkman says. “We ran a couple of runs of Cat5 and were able to keep the snake in place, just striking the stage boxes at the end of the night to get them out of the way of the classroom kids. Just changing out our usual console for this was an enormous improvement in sound quality—it was really audible. Everybody agreed that it just sounded noticeably better.”

Handling a variety of mixing tasks

As the primary sound engineer for the festival, Brenkman strategically used the layers of S3L’s ultra-compact surface to handle a variety of mixing tasks, including separate mixes for the house, monitors, live recording, and more.

“At Dinkelspiel Auditorium, for example, the amount of trap drums I need on the recording is much more than what I need in the auditorium. So what I did is assign all the head amps to two layers. The top layer of 16 [channels] was for the PA, and then I could switch to [channels] 17–32, and those were my recording mix. On average, I was doing four monitor mixes, and in some cases, six. I did not feel at any time that the console was too complicated to grab at something fast.”

Besides live mixing, Brenkman’s had another major responsibility at the festival—capturing the performances of the jazz legends each night. Thanks to S3L’s unmatched Pro Tools integration, Brenkman was able to capture up to 64 tracks of high-quality audio with ease.

“Part of the job is to do archival recording of every concert, and just coincidentally, the Stanford Archive of Recorded Sound, which is where the files all eventually go, their preferred format for live performances is 24-bit, 48 kHz WAV files. Well guess what? I’ve got a USB key that I can plug directly into the S3L System and create recordings that I dump onto a hard drive at the end of the season and hand to them. It’s an incredibly capable system!”