Distinguished composer Steve Reich needed a tool to help him compose the music thatâs earned him multiple Grammy Awards and worldwide honors over the past five decades.

Steve Reich looms large in the music industry. The prolific and acclaimed American composer has been making music for 50 years, and he doesn’t show any sign of slowing down. The New York Times has called him “our greatest living composer.” The Guardian’s music critic, Andrew Clements, is equally reverential stating, “There’s just a handful of living composers who can legitimately claim to have altered the direction of musical history, and Steve Reich is one of them.”

Following an education that includes an undergraduate degree from Cornell University, study at Julliard School of Music, and a master’s degree in music from Mills College, Reich went on to experiment with and compose music across a range of musical styles. He’s embraced not only aspects of western classical music but also structures, harmonies and rhythms of non-Western music and American vernacular music, particularly jazz. His influences have ranged from African drumming to traditional forms of Hebrew chanting.

He may be best known for his contributions to minimalism, recognized early in his career for experimentation with tape loops and playing back snippets of human speech at different rates, and letting them phase in and out of sync. Over the next five decades he continued his musical journey by exploring historical and social themes in addition to musical styles. Major orchestras have performed his works and ensembles around the world, and noted choreographers have created dances to his music.

Reich’s career has been punctuated by innovation and groundbreaking musical compositions that blend genres. Different Trains marked a new method in which speech recordings generated the material for the instruments and earned him a Grammy Award for Best Contemporary Composition. A second Grammy Award followed in 1999 for his Music for 18 Musicians.

Innovation has always been at the heart of Reich’s work. Two musical theater works garnered both public and critical attention. He teamed with video artist Beryl Korat on The Cave, a high-tech and imaginative biblically themed piece that was hailed by Time Magazine as “a fascinating glimpse of what opera might be like in the 21st century.” The two artists collaborated again with the video documentary Three Tales, which reflects on the growth and implications of technology in the 20th century. Together, these works pushed the boundaries of the operatic medium and have been presented on four continents.

An illustrious career has also been marked by awards and recognition. In addition to his Grammy Awards, Reich was awarded the Pulitzer Prize for Music for his composition Double Sextet in 2009. And the accolades have continued to mount with his growing body of work.

For more than 15 years, Avid Sibelius has been front and center, and critical to helping Reich compose the works that inspire musicians and captivate audiences worldwide. At its core, Sibelius gives him creative freedom. He remembers when, in the mid-1980s, the bill from a copyist for a large and complex piece was greater than his actual commission. “I told myself there has to be a better way,” he says.

Around the same time, computers were beginning to be used to aid the creative process. He recalls a composer telling him about an early music program, “If you input the score, it’ll print it out and the parts will be extractable, and if the score’s right, the parts will be right.” He calls that first program “a dog that crashed every 35 seconds,” but it got him into the digital realm. When his publisher later told him about Avid Sibelius, he was hesitant to commit to learning a new system. But, he says, “In 10 days I was working, there was a manual, and I went through some of it, but you could just intuit what was the right thing to do, and everything looked good right away. I’ve been working with Sibelius ever since.”

The software works seamlessly to aid Reich’s creative process. “My actual way of working is to go to the piano or electric keyboard and work out the harmonic structure of the piece—the basic harmonies that are going to be involved. Then I go over to the computer and boot up Sibelius and do all the detailed work. Sometimes I go back and forth between the two.”

Sibelius’ specific features also help him compose efficiently. “If you’re working and you want to print out a page it’s easy,” he explains. “You just name the page, print it, and you’re done. You want to do a single part? Name the part, done.” Best of all, the tool supports his blended style.

“Sometimes I want to actually combine the pencil with the computer notation, and that’s just so easy,” he says. “It’s inviting and a pleasure to work with.” 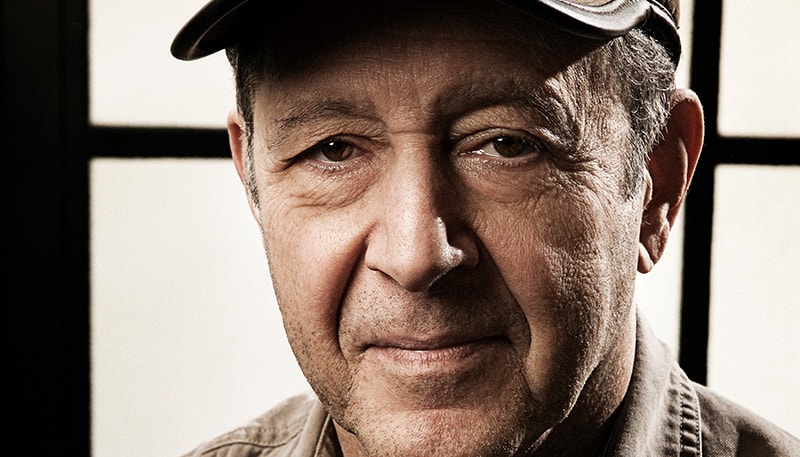 Reich’s creative exploration continues to yield big breakthroughs. Runner, his new work for a large ensemble, debuted at London’s Royal Opera House in November 2016. That same year, in celebration of his 80th birthday, more than 400 performances of his works took place in 20 countries. He also participated in residencies at Carnegie Hall and Lincoln Center in New York—the city where he was born and now makes his home—and at the Barbican Centre in London. Audiences in those cities got to hear Runner as well as a new piece titled Pulse.

Reich’s composition style is said to have influenced everyone from rock band King Crimson to new age guitarist Michael Hedges to electronica musician Brian Eno, and many more. Perhaps it’s his pioneering spirit, more than specific musical influences, that resonates most. Fellow composer John Adams might have said it best, “He didn't reinvent the wheel so much as he showed us a new way to ride.”

Learn how Sibelius® can help bring your compositions to life.