Produce over 2,000 hours of high-quality programming per year quickly and cost-effectively.

Revamp the workflow of Sweden’s largest television broadcaster with Avid asset management and shared storage solutions, (based upon the Avid MediaCentral platform), linking together its nearly 30 broadcast facilities.

As the largest television broadcaster in Sweden, Stockholm-based SVT produces a mammoth amount of programming. From dramas to comedies, live shows to documentaries, sports to news programs, SVT produces approximately 2,000 hours of original programming per year in HD and SD. In an effort to produce top-quality programming, increase collaboration among media professionals, and maximize the value of its media assets, SVT recently implemented a complete end-to-end Avid workflow (based upon the Avid MediaCentral platform). 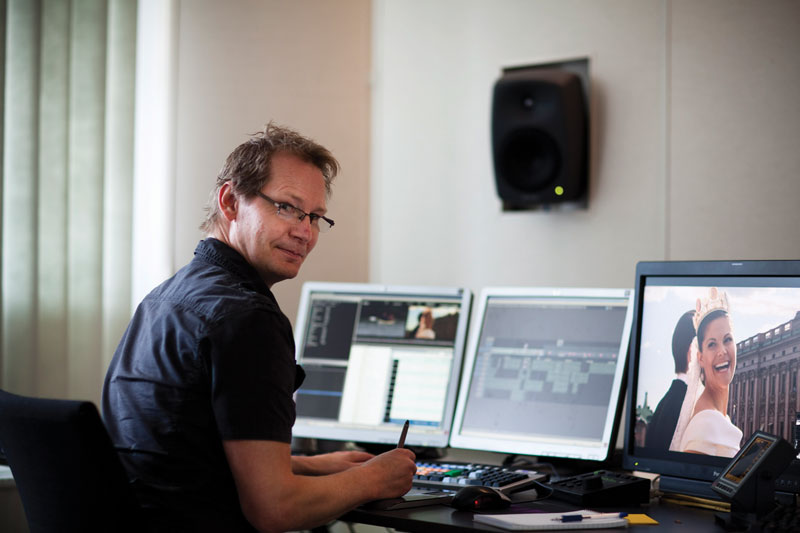 With nearly 30 facilities located throughout Sweden, Avid workflows have enhanced collaboration between SVT team members, who can now share files, projects, and media across the entire network with near instantaneous speed. The interconnected setup includes nine Avid Interplay | Production asset management systems plus Avid ISIS shared storage systems for digital collaboration, all connected via the same platform. A total of more than 300 Avid editing workstations and 20 Pro Tools systems are also available for video and audio editing at its four main production centers in Stockholm, Gothenburg, Malmo, and Umea and at another 25 regional broadcast facilities throughout the country.

Why make such a massive change to its technology infrastructure? “Our idea was to unify the workflow throughout the company,” says Anders Wallin, system designer and assistant project manager at SVT. “We wanted to make our systems more efficient.”

Everyone can open and access the same media at the same time. No time is required to move media.

The four production centers act as the linchpin for this workflow, using Interplay systems for workgroup and proxy capabilities and ISIS systems for simultaneous access to and sharing of projects and media. This setup accommodates virtually any SD and HD format, including DVCPro, DVC Pro HD, and HDCAM SR as SVT continues its move toward an all-HD workflow.

For example, SVT records a half-hour quiz show in its Gothenburg production center with Avid AirSpeed systems and sends that HD media to the Stockholm production center using dedicated, high-speed transmission lines. The show is then edited in Stockholm on an Avid Media Composer | Nitris DX system. Assistants, producers, and editors in either location use the workflow features of the Interplay | Production system to review, produce and track the progress of the program from their desktops.

This workflow saves time and increases programming options. “There was no room to record [this quiz show] in the Stockholm studio. We were fully booked,” explains Wallin. “Also, the editor who lives in Stockholm, didn’t want to spend a half year in Gothenburg to cut 85 episodes. She was a post producer on the project and with this setup she could stay in Stockholm to do the editing and production duties and send material back to Gothenburg as needed for review. There was no point in moving her or using another editor who wouldn’t be able to do the work as quickly. Instead, she could move the media with Interplay | Production. And, using the rules we set up on a folder, everyone else can see what he or she needs to do their work.”

Pro Tools | HD (Now Pro Tools Ultimate), Media Composer | Mojo DX, and Video Satellite systems are also being added to the Avid shared-storage setup in Stockholm to enhance audio quality. “We are encouraging producers to do more audio editing in combination with video editing,” says Wallin. “Everyone can open and access the same media at the same time. No time is required to move media [between the audio and video teams]. It used to take half a day to move the audio, a day for Pro Tools work, and half a day to move the media back. Now, even if we are working on a five-minute story, the audio editing is worth doing. We can send all the files for immediate access and do the work right away.”

The collaborative benefits don’t stop inside SVT. Because Avid systems are the de facto standard at many post facilities worldwide, Avid workflows make it easier to collaborate with third-party providers for more streamlined production and increased revenue opportunities. 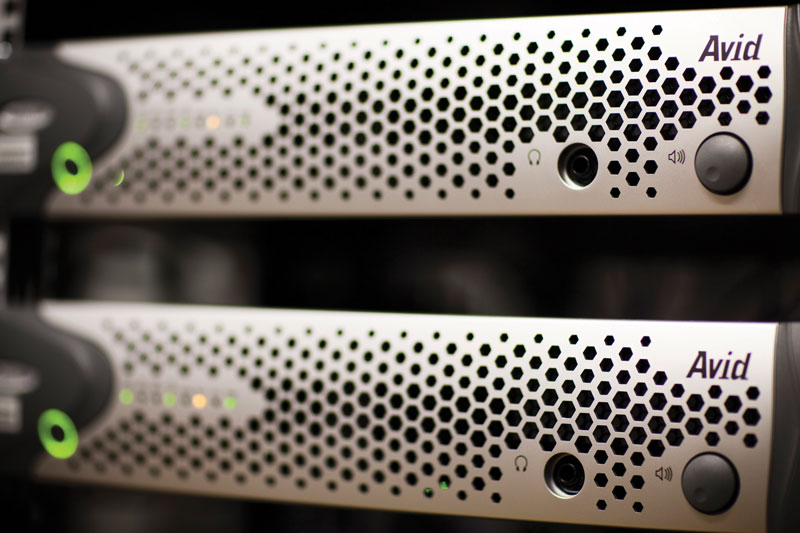 Wallin cites a one-hour drama that is recorded in a private studio adjacent to SVT’s Gothenburg facility. This studio uses ISIS and AirSpeed servers to record the show. At night, the site synchronizes the media recorded during the day and backs it up onto Avid systems at SVT in Gothenburg. The Gothenburg facility also handles the titles, sound and color grading on the shows and delivers each finished program for air through the SVT production center in Stockholm.

Wallin explains the speed with which SVT handles the show’s finishing and on-air delivery. “We can just drag the editing clip from their system to ours. The media is already there on our server, so it takes five seconds to open the sequence. Then we can use the Avid systems to put graphics on it and do sound and color grading. We can post it to our HD delivery system in Stockholm using the Avid Interplay system to play it out. The show never touches a tape.”

Productivity, cost containment and programming flexibility were SVT’s key goals when it undertook its latest upgrade. Today, the Avid workflow offers an added bonus in a tough economy. “With [independent] studios closing down all around us, we find that our productions are sometimes in need of studio space. Now, we have access to any studio in our network. We can do production in one location and editing in another, so we never have to worry [about finding studio or post resources].”

A strong focus on a standardized post workflow has provided SVT with a valuable competitive edge in a changeable market and given the broadcaster more options to create affordable, top-quality programming. “We want to make media more accessible to those who need it.” says Wallin. “A focus on workflow is what it is all about.”