Create high-quality, inspiring film and music in order to stand out from the competition and make the most out of creative opportunities at SXSW.

Avid audio and video solutions provided filmmakers and musicians with the intuitive workflows, innovative technology, and powerful tools they needed to express their unique creative vision.

For the last 26 years, the Austin, Texas-based South by Southwest (SXSW) Festival has enabled a broad community of up-and-coming artists in technology, film and music, as well as an international audience of enthusiasts, to develop careers and share ideas. What began as a music event in 1987 with 700 registrants has grown to include film and interactive components that attract nearly 32,000 attendees each year.

Beyond the event itself, the festival’s growing popularity has transformed SXSW into a springboard for the year in music and film. As a hub of creativity and industry innovation, SXSW is a natural venue to attract storytellers who are employing the industry’s most proven and trusted tools for audio and video solutions from Avid. Here are a few particularly exciting examples of movies and music coming out of SXSW 2013.

Independent editors and filmmakers like those at SXSW are facing more and more competition in the marketplace. It’s becoming increasingly difficult to stand out in an already crowded field, so how can independent editors and filmmakers get noticed? By embracing powerful creative tools like Media Composer that help them deliver higher quality, more compelling stories. A few artists at SXSW shared how Avid solutions played a key role in their development. 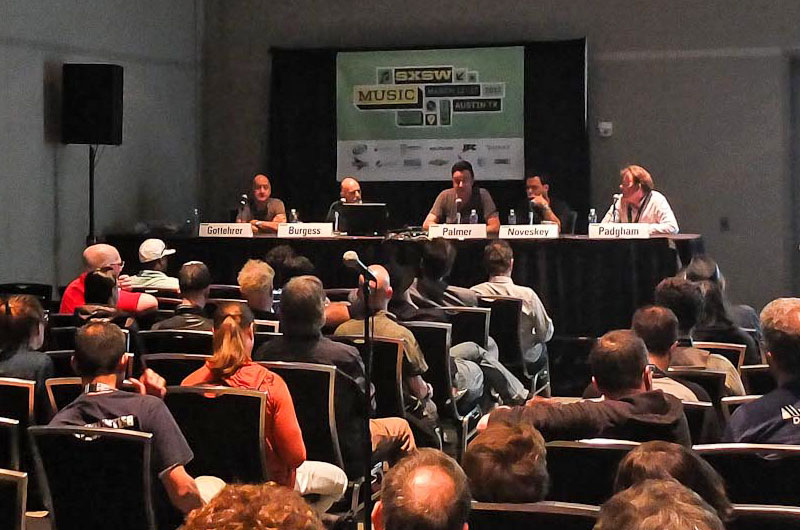 Hawking is an intimate biopic on the life and discoveries of world-famous professor Stephen Hawking. Lovell shot the film on 1080i PAL, which was ingested into Media Composer (running on HPZ800), both natively, as well as transcoded to Avid DNxHD. Lovell needed a solution that would support multiple camera formats, and Media Composer gave him the power and flexibility he needed to cut Hawking into a cohesive film. “Avid is great at handling mixed formats. The timeline pretty much handles anything you throw at it in real time,” Lovell says. “We had some issues with footage shot in both progressive and interlaced formats, but Avid handles this mixture perfectly, just requiring a full render once the sequence is finished.” The final edit of the sequence was Total Conformed into Avid Symphony for online.

It was really about keeping the storytelling clear, and transcending the limitations of the location. Media Composer is my preferred tool, simply for its fluid and intuitive interface.

Mobile Homes tells the story of a young woman who is trapped in a bad situation, and her son who contemplates an unlikely way out. Fontenay relied on Avid solutions entirely for the editing of the film. Fontenay shot on super 16, processed the film at Deluxe, and did a supervised transfer at Metropolis in New York. He captured to DNx36 in Media Composer, edited the film, made the titles, and did some final color and contrast adjustments, before he uprezzed the picture and exported RGB. Media Composer’s precision editorial functionality with real time performance allowed Fontenay to overcome the challenges he faced while cutting the film. “The SteadyGlide stabilizer saved my life on a few shots,” Fontenay says. “There was a panning shot that we did handheld that was not very smooth. It was really important to save that shot, as it was our only take. I was dreaming about the scene before making the movie and it had to work.” 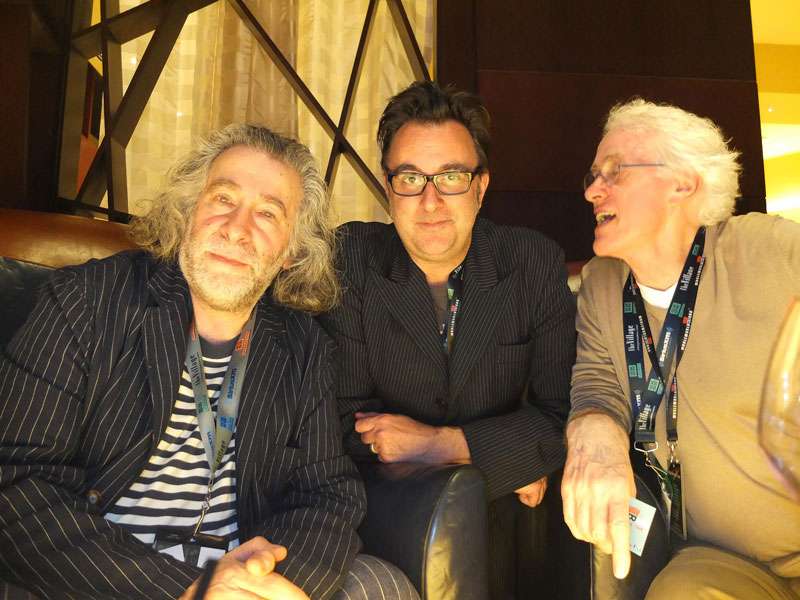 Lee Salevan—sound editor, This is Where We Live

This is Where We Live is a portrait of a family in Texas Hill Country that examines how a local handyman helps the family care for their son. Salevan used Pro Tools to edit the sound for the film, and says the software’s session management tools enabled him to handle the challenges he faced during post production. “A handful of times throughout the process, a new picture edit would need to be made,” Salevan says. “That became a challenge when I had already moved past a particular scene. The 'Automation Follows Edit' function in Pro Tools definitely saved me a couple of times.”

Avid is great at handling mixed formats. The timeline pretty much handles anything you throw at it in real time.

Downloaded details the rise and fall of Napster and the birth of the digital revolution. Craycroft edited the entire project in Media Composer, and says the software’s robust media management allowed him to focus his energy on storytelling. “In general, I feel the media management on Avid editing systems is far superior to any other,” says Craycroft. “I found myself cutting my first documentary in 10 years, based largely on SD Archival footage from a variety of sources and lengthy HD interviews. The ability to mix formats without having to render anything is huge.” 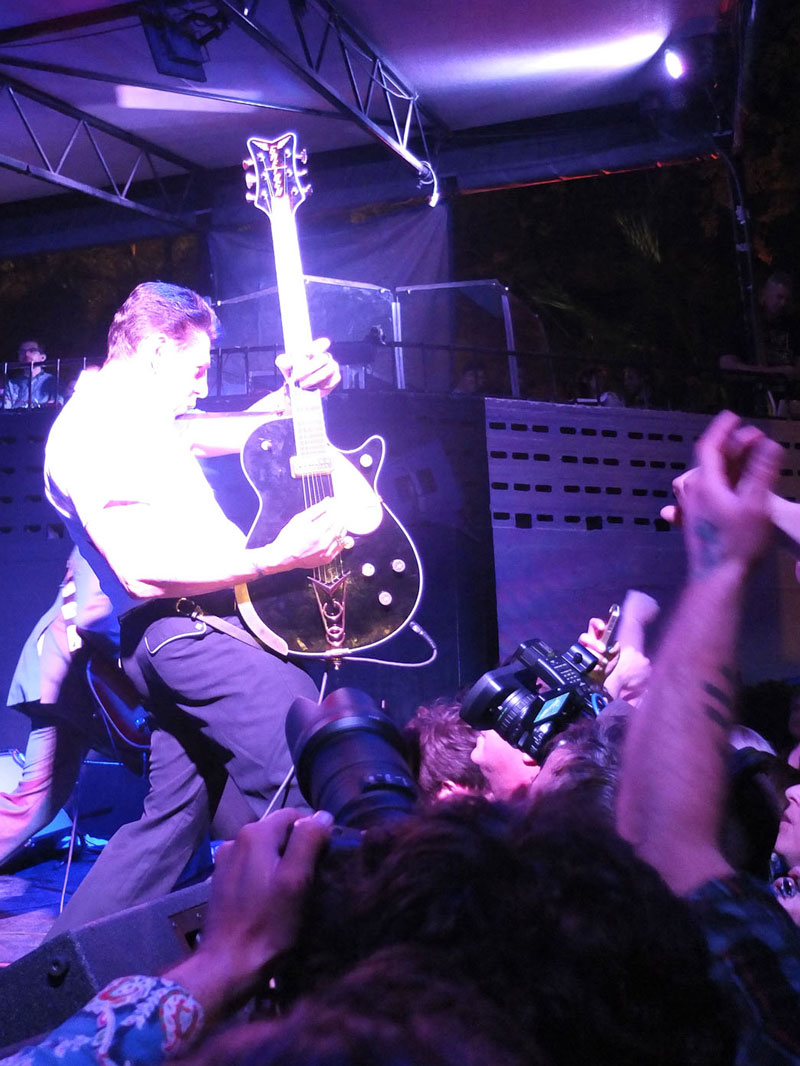 Dotty tells the story of an elderly woman who wants to send a text message to her daughter, and what it took to teach her the new skill. He cut the RED-acquired project on Media Composer, and then gave the edit decision list to Post House to re-ingest the red files before the color grade. Eagles explains that Avid made dealing with file compatibility a simple process, allowing him to edit intuitively without interrupting his creative process. “It was really about keeping the storytelling clear, and transcending the limitations of the location,” Eagles says of the film, which was shot in several different cities. “Media Composer is my preferred tool for all of this, simply for its fluid and intuitive interface.”

As the costs associated with rising expectations for sound quality continues to rise, independent musicians, engineers, studio managers, and engineers like those at SXSW face significant financial challenges. Avid’s integrated software, hardware, and control surface solutions are optimized to work together, providing the workflows and session management tools needed to efficiently produce great-sounding audio. A few audio professionals at SXSW explained how Avid’s proven and trusted solutions allow them to meet production challenges and create without bounds.

For the second year, Avid teamed up with Brooklyn-based Converse Rubber Tracks Studio to set up a pop-up recording studio during SXSW. Rubber Tracks sets up in Sound City of Austin, a studio that usually operates in the analog domain. Avid loaned the studio the latest Pro Tools | HDX and Pro Tools | HD Native gear to get the job done. A select group of Austin local bands were chosen for free recording sessions and some social media push through Converse’s wide digital audience.

The HDX system is pretty monstrous, so at no point were we pushing the boundaries on that. It’s pretty flawless and streamlined.

Brad Worrell, manager and producer at Rubber Tracks Studio, said Pro Tools | HDX equipped the studio with the unbridled power it needed, with no limitations on the sessions. “The HDX system is pretty monstrous, so at no point were we pushing the boundaries on that,” said Worrell. “It’s pretty flawless and streamlined.” For two weeks, Worrell and engineer Alex McKenzie worked to capture live recordings of some of Austin’s hard working, unsigned bands. What we do is really aimed at trying to figure out the bands that are busting their butts to try and make it happen,” Worrell said. Those are the kinds of bands that are given preferential treatment.” 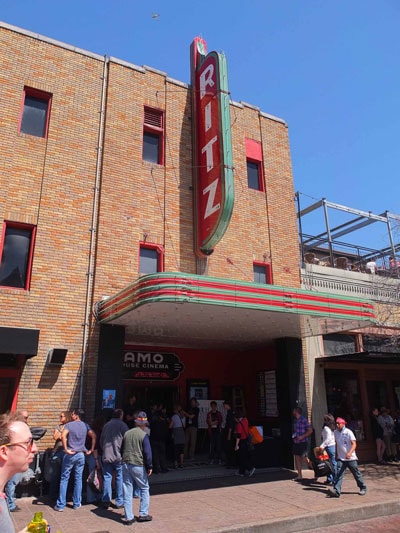 Tim Palmer is a long time Pro Tools user whose credits include U2, Robert Plant and The Cure, believes it is important for people in the recording community to attend SXSW, whether it’s to attend or participate in panels, or to connect with other professionals in the community. He has been attending the festival since the 1990s and participated in the Evolution of the Record Producer panel at this year’s festival. “On this trip I met Grouper Hines, who worked on all the Howard Jones stuff. He was sitting next to one of the guys from 10cc,” said Palmer. “I got to meet Kevin Godley and talk to him about what it was like to make records in 10cc. It’s really amazing stuff for me to meet people who you just read their names on the back of albums.”

Geoff Sanoff, bassist for Edsel and New York-based recording engineer for Fountains of Wayne, Nada Surf, and Beirut, is a SXSW veteran. Sanoff said that during the last 16 years the festival has expanded and become a place for more industries to showcase their work. But the music is still a constant. “You can’t walk down the street without seeing someone playing. What’s cool about that, if you’re an engineer like me, I spend so much time in the studio and I don’t actually have time to keep up with what’s going on in the world of music,”said Sanoff. “It’s a lot easier to see a random band that will probably be really good.”