Upgrade to a more responsive and modern workflow to streamline audio production and speed up turnaround time.

Established in 2004, The Fried Music is a respected Finnish independent music company located in Helsinki. Founded and run by musician, composer and record producer Jukka Immonen, it produces award-winning music for both the Finnish and international markets.

Basically we were looking for high quality in a small package. We found that in the Pro Tools | S6.

The Fried Music is not just a studio, but also the base for a record label with in-house songwriters and producers. However most of the mixing, as well as all the studio equipment, is the responsibility of mixing engineer Arttu Peljo. 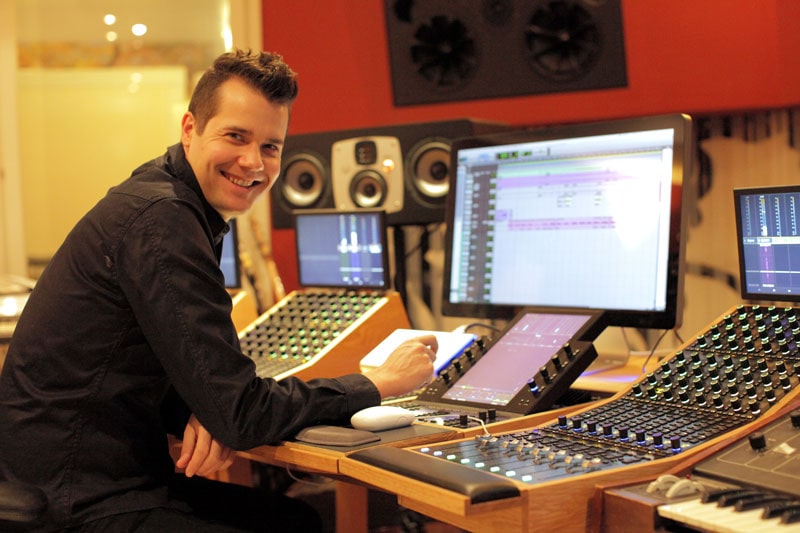 Peljo has been mixing for The Fried Music since 2005 and has had a long-term relationship with Avid through local partner, Soitin Laine Pro Audio. “I only use Pro Tools and have been using the software for over 15 years, so I’m pretty familiar with its capabilities and reliability,” he adds.

“Usually the customers send the material and I download the files and add them in to Pro Tools,” he explains. “With Pro Tools it takes about 30 minutes to sort the tracks in the right order to get the right setup. I always try to have a mix ready within one day; that’s usually the timeframe for one song. Then it’s sent back to the customer for feedback. I implement any changes that might be required, usually within a working day, and after a couple of rounds it’s usually ready—Pro Tools makes it that easy.”

Peljo had been searching for a new controller for some time. “We looked at many competitive solutions to Avid but none of them matched our needs,” he explains. “We were looking for a console with better quality output, one that was scalable, interactive and that would allow more automated workflows. Another important factor was the size of the controller as it needed to fit into our small room. Basically we were looking for high quality in a small package. We found that in the Pro Tools | S6.”

It’s important to have the ‘wow effect’ when the customer walks into the room. We get that effect with Pro Tools | S6.

“My first impression was that I liked the smaller, compact footprint,” continues Peljo. “Another point is the modularity—the fact that you can start with a smaller one and just grow it when needed is beneficial. The touch screen makes the controller more modern and current, and the visual feedback allows me to work faster—that usually saves me around an hour each day. Since I can be much more efficient I can actually take on more projects. The customers are happier since the turnaround is faster. It’s also easier and faster to use more automation in mixes, which results in better mixes and a higher quality result.”

The studio was also keen on investing in Avid S6 for its EUCON-based networked connectivity, which can control up to eight audio workstations and media applications simultaneously, even across the facility. Avid S6 can save and recall up to 96 different surface layouts instantly, at any time from the touch screen. It’s also easy to configure, scale, and reconfigure the control surface at whimsaving The Fried Music valuable time in the studio.

“We designed the rooms so that we can have consistency between them,” explains Peljo. “It doesn’t matter which room you were working in the day before, you can go into the other available one and pick up from where you left off the day before, without even noticing you’re in another room.”

The Fried Music commissioned a local Finnish company, Tebian, to custom-make the frames for the Pro Tools | S6 consoles according to how they wanted the consoles set up. “It needs to look good on the eye,” explains Peljo. “It’s important to have the ‘wow effect’ when the customer walks into the room. We get that effect with Pro Tools | S6.”