The Hobbit Trilogy Comes to Life with Media Composer

Edit a massive amount of 3D footage on a deadline, with a focus on creativity and storytelling.

Peter Jackson’s The Hobbit series is one of the most highly anticipated film trilogies in recent memory. To bring the beloved story to life, Jackson utilized groundbreaking technology and the collaborative effort of a seasoned band of pros.

Jackson tapped longtime collaborator Jabez Olssen, who worked as an assistant editor and operator on the Lord of the Rings trilogy, to be sole editor on all three Hobbit films. Olssenknew integrated workflows and seamless collaboration would be crucial for a project with such massive scope and depth—that’s why herelied on Avid’s proven and trusted video editing solutions throughout the project. 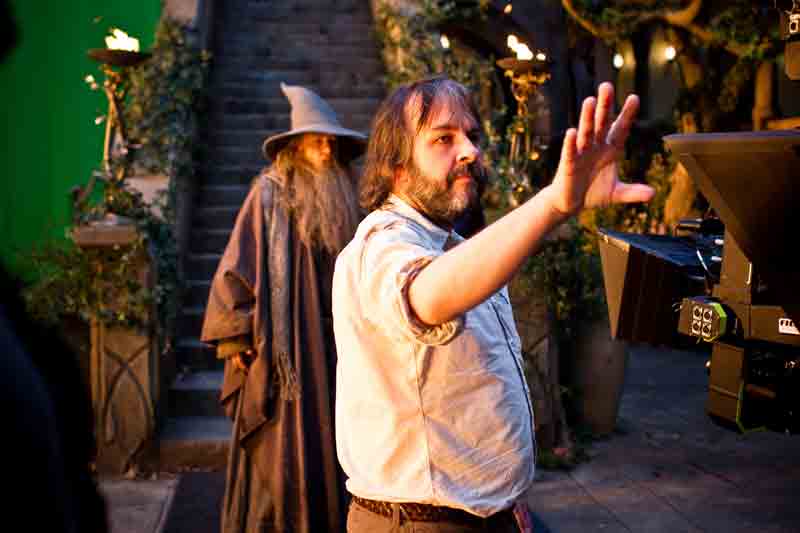 Five months to lock the cut

As with the Rings films, production for the three Hobbit movies was shot in a single eighteen-month stretch. The huge technological undertaking involved as many as 60 RED Digital Cinema EPIC cameras rigged for stereoscopic (3D) filming. Ultimately, the schedule only allowed Olssen five months after the production wrapped to lock the cut and get the first release—The Hobbit: An Unexpected Journey—ready for theaters.

To deliver on time, Olssen relied upon a post-production infrastructure built around Avid’s industry leading video, media management, and storage solutions. Thirteen Media Composer stations, including 10 with Media Composer | Nitris DX hardware, served as the workflow for editing. All production facilities were networked via fiber and connected to an ISIS shared storage system, which provided 128TB of shared storage. And storage was critical—the three films totaled 2200 hours of footage, or the equivalent of 24 million feet of film.

The editorial team consisted of eight assistant editors, including three visual effects editors.Although using a file-based workflow increased production complexity, ISIS allowed the team to streamline their workflow and manage a high volume of mediawithout bogging down productivity or interrupting the creative flow. 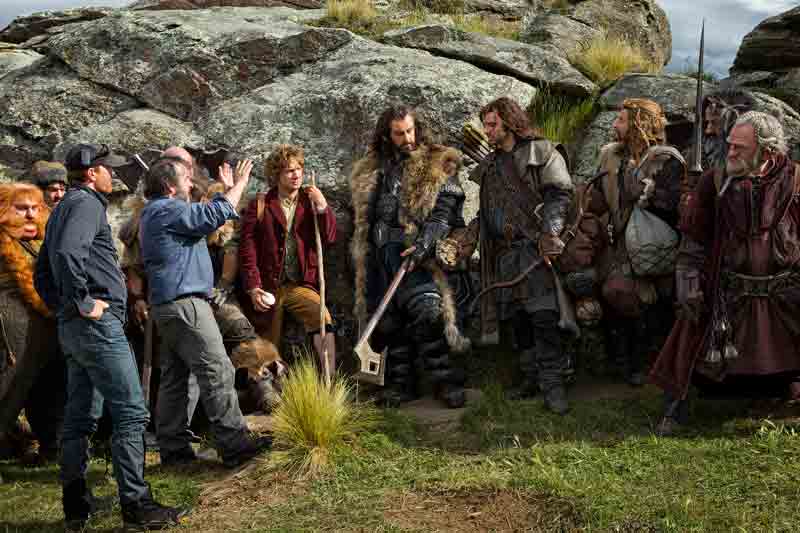 “Peter’s facility, Park Road Post Production, functioned as the digital lab,” Olssen explains. “They took the RED media from the set and generated dailies for the assistant editors—who then synced, subclipped and organized clips into the Avid projects. Since we were all on ISIS shared storage I could access the bins and the footage, even when I was on set, as soon as the guys had it ready. Thanks to the Avid workflow, working with RED files was no different than a standard film production.”

Thanks to the Avid workflow, working with RED files was no different than a standard film production.

The main editing room featured a full-blown Media Composer system Media Composer | Nitris DX hardware connected to a 103” plasma screen for Jackson. The original plan was to cut in 2D and then periodically consolidate scenes to conform a stereo version for screening in Media Composer. Instead they took a different approach.

“Peter was comfortable cutting the film in 2D,” explains Olssen. “This was equally important, since more theaters displayed the 2D version of the film, but every few weeks, Park Road Post Production would conform a 48fps stereo version so we could screen the cut. Although you often have to tweak the cuts after screening a film in 3D, I found we had to make far less changes than expected. It helped that we could judge a cut straight from Media Composer on a 103” screen, instead of relying on a small TV monitor.”

The Hobbit: An Unexpected Journey features several computer-generated characters, including Gollum (played by Andy Serkis) and Azog (played by Manu Bennett). The characters were created via performance capture technology, which involves filming the actors live, then using CGI to animate the character models. Editing the Gollum and Azog scenes was a complex job for Olssen, but Media Composer’s streamlined and intuitive tools allowed him to complete the task.

“It was easy to visualize the Gollum scenes because Andy Serkis was captured in the actual live action footage,” says Olssen. “However other characters like Azog were shot separately on a performance capture stage, which required us to layer separate material into a single shot. We were cutting vertically in the timeline as well as horizontally. In the early stages, many of the scenes were a patchwork of live action and placeholder animations, so I used PIP effects to overlay elements to determine the scene timing. Naturally, I had to do a lot of temp green-screen composites. The dwarves are full-size actors, so for many of the scenes we had to scale them down and reposition them in the shot.”

The stability and reliability of Media Composer allows us to deliver challenging films like The Hobbit on a tight schedule and know the system won’t let us down.

One down, two to go

Hobbit fans are eagerly anticipating the next two films in the series, which means the adventure continues for Olssen. And he’ll be relying on Avid solutions every step of the way to provide his team with the innovative and powerful creative tools they need to bring The Hobbit trilogy to audiences worldwide.

“Other nonlinear editing software packages are fine for one-man bands, but Media Composer is the only software that works for a huge visual effects film. You can’t underestimate the value of enabling all assistant editors to open the same projects and bins. The stability and reliability of Media Composer allows us to deliver challenging films like The Hobbit on a tight schedule and know the system won’t let us down.”