With the late-night wars growing more competitive in the post-Letterman/Leno world, the producers of The Late Show with Stephen Colbert were looking to establish a unique visual brand—something that would clearly separate them from the competition. Produced on location at The Ed Sullivan Theater, The Late Show’s creative team wanted to take full advantage of their historic location. During the design phase, the team quickly decided that they wanted to display imagery on different sized and shaped surfaces, including the iconic domed ceiling. The challenge: how to execute complex video projection, on-the-fly, with content that must be unique every night, in a high-stress live-to-tape production environment. 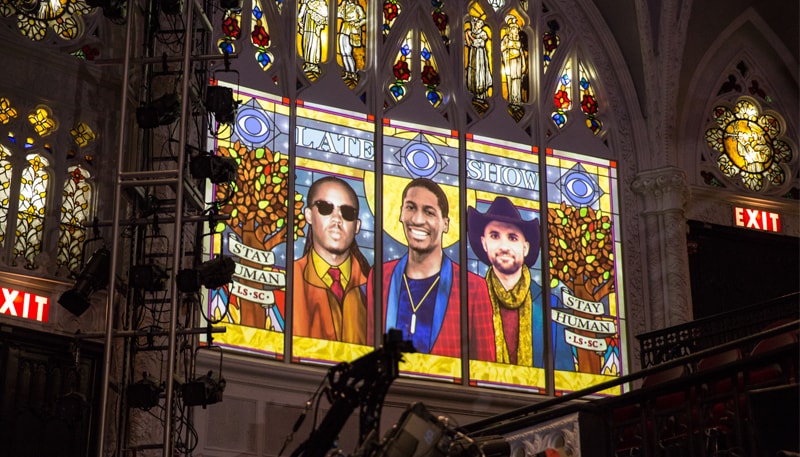 That’s when The Late Show team came to Avid. Maestro | TD Control is the industry’s most powerful studio display control and management solution, and the perfect tool to manage The Late Show’s ambitious goals. Maestro | PowerWall enables production teams to accurately pixel map any source, regardless of size, shape, ratio or resolution to any display; precisely what The Late Show team was looking for. Working together, and with the goal of not requiring a dedicated operator just for this purpose, Avid and The Late Show production experts jointly developed a way to integrate the complex screen-switching requirements into the Technical Director’s workflow. That solution generated a production process that’s faster and more efficient, yielding increased opportunities for creative flexibility. 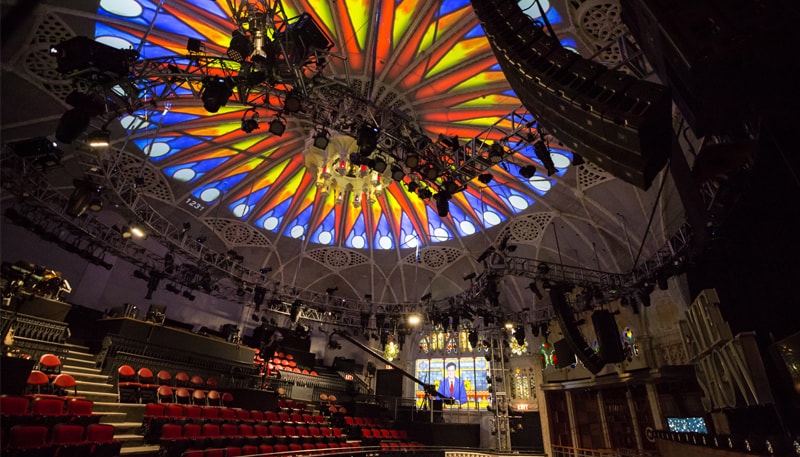 The results are stunning. Vivid images can easily be projected on multiple surfaces and locations throughout the Ed Sullivan Theater. The ability to move seamlessly from one image and location to the next enables The Late Show to showcase a truly signature look, one that clearly stands out from the other late-night competitors.

[Avid] came in and they said, 'what do you want this to do?' rather than saying 'this is what it does.'… and for us that was key.

Getting those results proved to be a liberating experience for The Late Show Technical Director and Screens Producer Jon Pretnar. He shares with us how collaborating with Avid not only solved their image projection challenges, but also how he became personally inspired: