Japan’s Kansai Television has actively been at the forefront of embracing next-generation, high-fidelity video technology. The company’s UHD-works team first made its foray into producing ultra-high-res content with the 8K HDR short film to make, which won a Gold World Medal at the New York Festivals TV & Film Awards in 2018.

Premiering to great acclaim, Three Trees was named the Grand Final Winner, the top prize in the short form category at the Asian Academy Creative Awards held in Singapore in December 2020. It’s also the first work by an independent production company ever to be selected for broadcast on NHK’s BS8K channel in January 2021.

To create such a challenging piece, Kansai Television’s Kazuma Yano, who directed, edited, and color graded Three Trees, turned to Media Composer to handle the entire production workflow, from end to end. 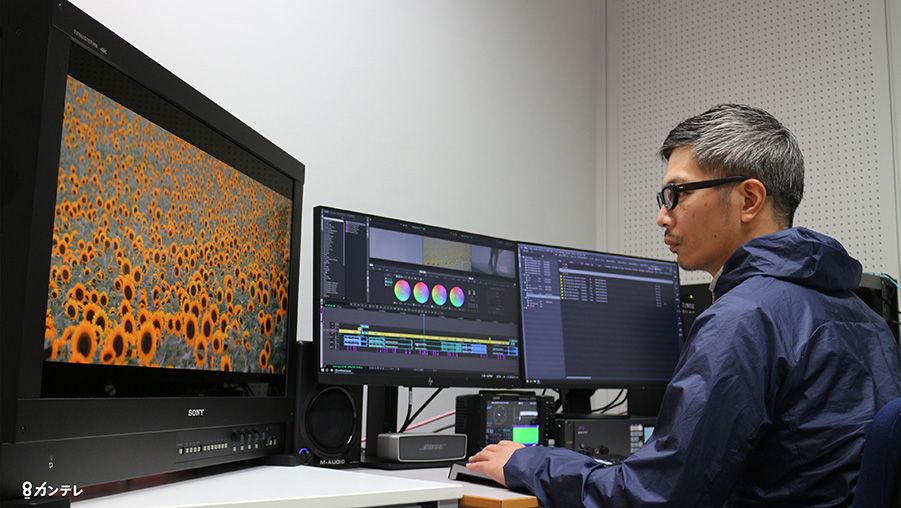 Kansai Television wanted to take the 8K HDR medium even further. Not just because the technology presents beautiful imagery; it can also convey a sense of human emotions to others. 8K provides a feeling of both scale and detail in far and closeup shots, while HDR captures the wide dynamic range and color space of scenes—even in backlit environments—through color grading.

Such benefits of these technologies have already been proven. Whether through film, HD video, or 8K HDR, the will of the creator doesn’t change. What does is that the technology gives creators a broader palette of expression. However, the demanding media production and storage requirements for working with 8K HDR media can be a challenge.

The workflow involves shooting with a large camera sensor in a RAW format, super high-resolution digital image processing and editing, and color grading. Each process requires a great deal of expertise and dedication from the editor, but the end result can demonstrate his or her creative intent with surprising depth.

It could be said that such resolutions and color depth allow video to come closer to the artistic richness of paintings and photography—something Yano set out to achieve with Three Trees. Often, such an endeavor requires a complex setup. With an Avid end-to-end workflow, he was able to realize his creative vision all right in Media Composer.

Streamlining the Equipment and Workflow

Connected to Avid NEXIS by a Dell 40G switch, Yano used a Dell Precision 7920 workstation with an Intel Xeon 18 Core Dual CPU, enabling four streams of 4K video, as well as 8K real-time playback. For monitoring, 8K previews were down-converted to 4K with Artist DNxIQ for display on a Sony BVM-HX310 reference monitor. To maintain all of the beautiful details of the high-res media without the bandwidth bottlenecks, he used Avid DNxHR HQX and DNxHR Uncompressed codecs for editing.

The original RED RAW assets were processed and transcoded into Avid DNxHR 4K and 8K data for use in editing. These assets were collectively managed on Avid NEXIS into “4K,” “8K,” and “Original” formats along with their respective workspaces. And since Media Composer allows assets from projects with different resolutions to be placed onto the same timeline, it accelerated the workflow.

By merely re-linking assets that have been applied to a project, Yano was able to switch over instantly between 4K and 8K, enabling an easy workflow between 4K offline and 8K online editing. And because Media Composer enabled him to perform all steps—from RAW image processing to editing in a single application—tasks could be easily repeated. Any changes made to the source material could quickly be reverted or adjusted, enabling him to focus more on the creative aspects of his work.

To process the RAW data shot with the RED camera, Yano used the Media Composer RED AMA plugin. The color space uses the RED WideGamutRGB spectrum and the Log3G10 gamma curve to achieve predictable and consistent color across the entire workflow. And settings can be changed all at once using any selected clip. 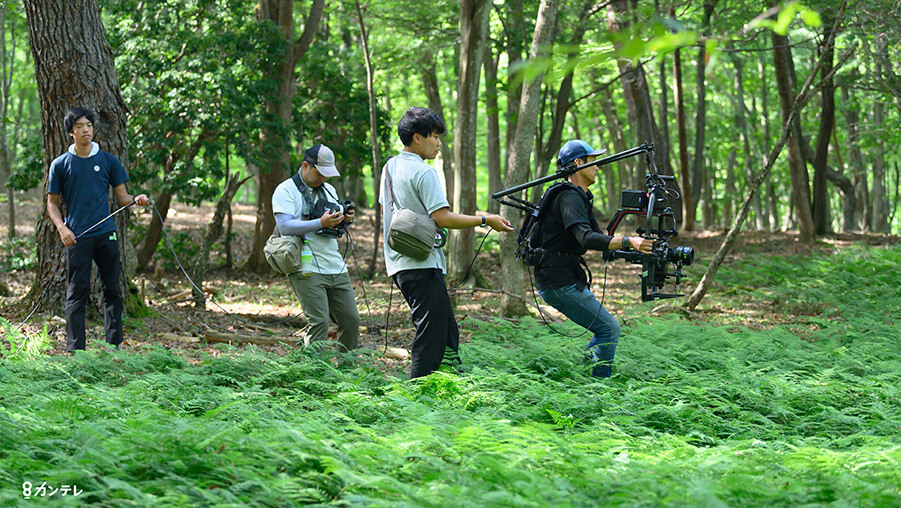 Working in Media Composer, he batch-transcoded files to be used for editing right from their bin into 8K Avid DNxHQ HQX data and then created 4K DNxHQ HQX data for offline work. He also assigned different colors to clips using the color clip tool, enabling assets to be easily identified on the timeline. The bin’s upper window contained a list of DNxHQ assets, while the lower window listed RAW assets, making it easy to keep track of the media. Metadata from the raw footage was also preserved for reference during editing to help inform decisions

Making the Cut with the Industry-Standard Editing System

Media Composer has long been the editing tool of choice in the film and television industries. In addition to its simple yet refined suite of editing tools, Media Composer offers many advanced features, including tools that enabled Yano to instantly adjust source settings such as the frame rate and angle of view.

He was able to set mask margins by project, source, baseband, or for file export. Best of all, the greatest appeal was the ability to complete an entire 8K HDR project all within a single application.

Moving from offline editing to online was easy, as he simply relinked online assets from the offline editing timeline, enabling him to output at source material resolutions. Composite layers and settings parameters, such as DVEs and color grading, were also applied, eliminating the need to check wipes after AAF conforming or performing other previously required follow-up work. In many cases with AAF data in other software, mixed frame rates and slow-motion effects are not applied appropriately, and the resulting conforming work is a source of frustration for many editors. With Media Composer, the workflow is completely integrated, increasing editing speed while reducing editor stress. 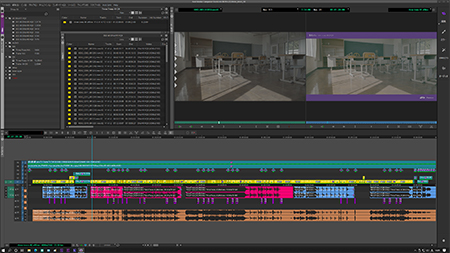 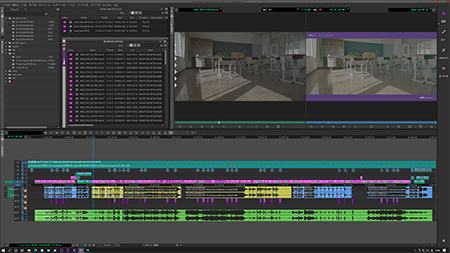 Correcting and Playing with Color 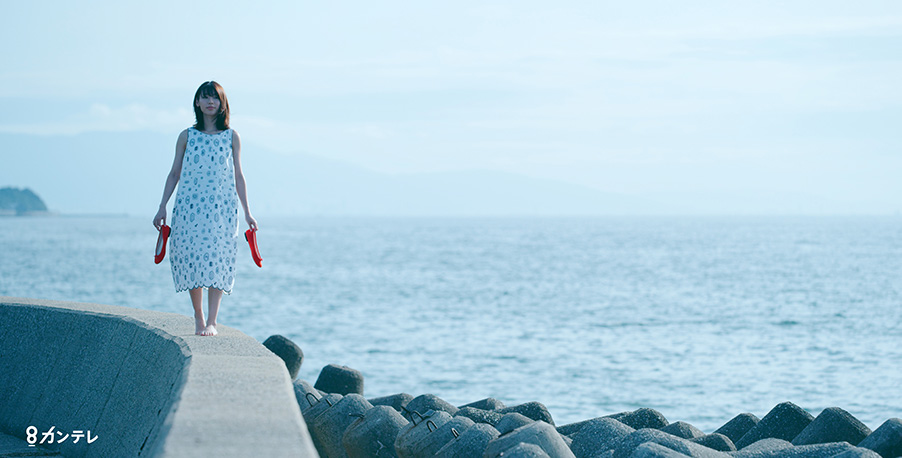 Yano also used Media Composer for finishing, delivering the master file for NHK’s BS8K broadcast right from the software. The master file was output to 8K/HDR PQ using Avid DNxHR. The broadcast media was batch-converted using the Media Composer source settings to HLG (Hybrid Log Gamma), so it could be easily exported to the 8K HDR format that NHK BS8K uses.

The Changing Concept of Picture Lock

Since both offline and online editing and post-production work, such as color grading, are all performed on the same Media Composer system and timeline, the concept of picture lock dramatically changes. Barriers that existed between different aspects of production such as editing, DVE, captioning, and color grading no longer exist.

For Yano, this meant that original assets could now be introduced during the color grading process, for example. Cut selection and length could be easily adjusted following color grading, dramatically improving the overall quality of the final edit. And the security in knowing any change could be reverted at any time became a major factor in the editorial process, giving Yano and the rest of the UHD-works team greater and more impactful creative freedom. 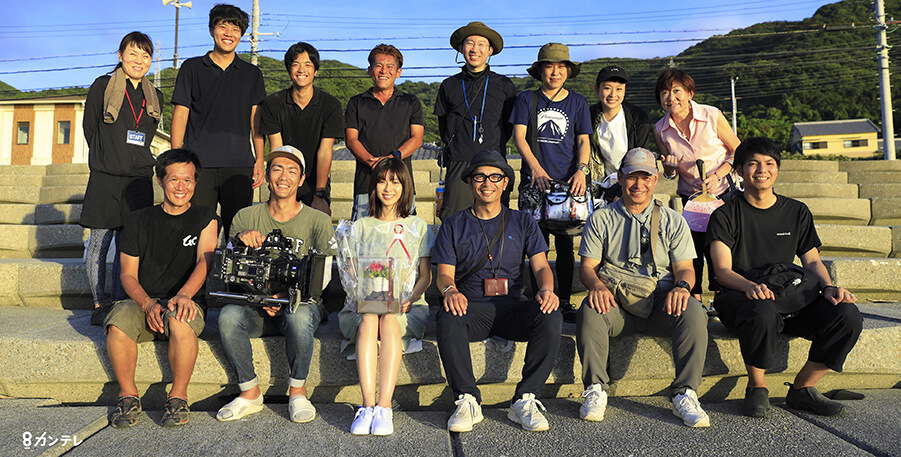 Special thank you to Avid & Photron

The short film Three Trees was shot using the RED RANGER MONSTRO 8K, a first for a Japanese production. Post production including editing and color grading was carried out using Media Composer and Avid NEXIS with extensive cooperation from Avid and Photron.

Yano joined Kansai Television in 1996. He primarily worked on offline editing for the network’s Tuesday evening serial dramas. He received a video technology award from the Motion Picture and Television Engineering Society of Japan for his work on the drama series, God’s Beret. His first production, the 8K HDR short film to make (2017) won numerous awards, including a Gold World Medal at the New York Festivals and the Jury Selection for Japan’s Agency for Cultural Affairs’ Japan Media Arts Festival. This was followed by the 4K HDR short film Konatsu and Hiyori (2019), which won a Silver World Medal at the New York Festivals, and the 8K HDR short film Three Trees (2019), which was named the Grand Final Winner at the Asian Academy Creative Awards. The productions of UHD-works have been well-received both in Japan and around the world.