As the man who "invented the '80s" by producing hits for the likes of Frankie Goes to Hollywood, ABC and Grace Jones, Horn knows his way around a mixing desk. The onetime frontman for The Buggles, Yes, and Art of Noise, and founder of the ZTT label can frequently be found overseeing a recording and mixing session using Pro Tools and other solutions from the Avid Artist Suite at his Sarm Studios in West London.

However, Horn and his ZTT music producer partner Steve Lipson, along with former 10CC singer Lol Creme and drummer Ash Soan haven't finished sharing their signature sounds with fans. As the supergroup, Producers, they still find time to break out from the studio and perform live, most recently at the Music Producers Guild (MPG) Awards with guest star Seal and a host of other legends.

To deliver the sounds of Trevor Horn’s hit records in the live setting, Producers choose to record, mix and tour with Avid’s proven and trusted live sound solutions. By using the Avid Artist Suite of creative tools for both studio and live sound production, the band benefits from streamlined workflows enabled by the Avid MediaCentral platform, and promised by the Avid Everywhere vision.

Avid Profile allows me to run a show like a Pro Tools session, processing instruments on busses, riding levels with VCAs.

Mixing monitors for the MPG gig, which also saw Trevor Horn awarded a Lifetime Achievement Award, was Horn's regular engineer Joel M. Peters. Peters mixed the show using an Avid Profile System, the industry-standard live desk he has depended on for over two years. In addition, he used the integrated Avid VENUE | Personal Q (PQ) monitoring system that allows engineers and musicians to work in tandem to achieve optimal monitor mixes. Avid VENUE | Profile is the most requested live system for major tours and runs Avid VENUE software, a key component of the Avid MediaCentral platform. As part of the platform, Avid VENUE software and VENUE Link enable control of every aspect of live sound production, as well deep integration with Pro Tools software for recording and playback in the live environment. 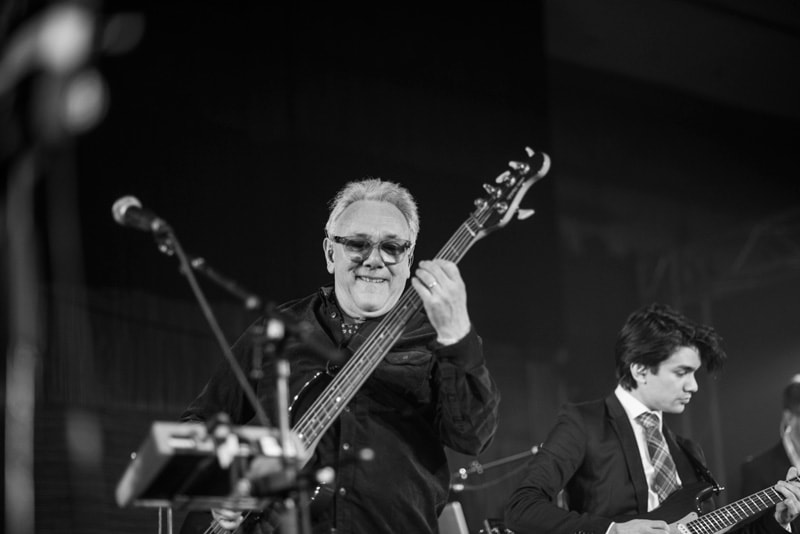 “We currently run two VENUE Profile Systems, and a passive split between FOH and monitors,” Peters explains. “The VENUE system layout is so intuitive, and more importantly it matches the sonic quality that we're used to. Our monitor board has the PQ rack and eight PQ controllers for the core members of the band. We run Waves Mercury and a range of Avid plugins on both boards. For maximum flexibility, we have an HD6 rig at both ends connected via VENUE Link that enables Virtual Soundcheck and recording of the show. This is massively beneficial as it allows myself and Tim Weidner at FOH to perfect our settings as soon as the band stops playing.”

The supergroup plays a variety of different-sized shows each year. “There are some occasions where it’s simply not practical to take a monitor and FOH board,” Peters explains. “Integrating the PQ system in our tour package means that when we have a show with one board and ten or more musicians on ears, the pressure is off whoever is on FOH. We still spend the time in rehearsal getting the ears mix spot on, but the musicians are able to trim their settings on the PQ mixer in sound check and during the gig. The PQ mixers typically feed the ears of the core band members, while any extra musicians have a traditional ears mix off the board.” 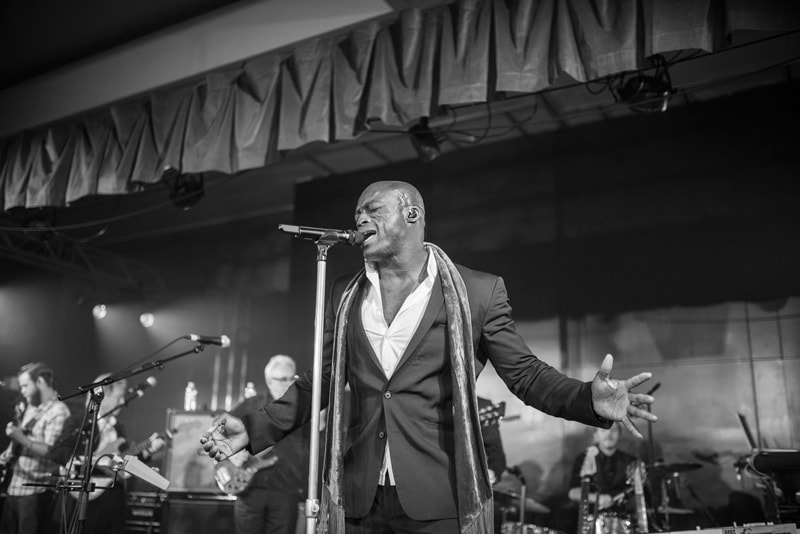 Close to the Edit

According to Peters, Avid Pro Tools is central to the Producers' workflow. “Trevor was looking for a live console with Pro Tools integration,” he explains. “We often run another Pro Tools rig for playback and feed the console digitally from the interface of the Pro Tools rig straight into the local rack. A third rig takes the two-track mix straight off the FOH console and into a laptop Pro Tools rig, as a back-up should any of the other rigs go down—which luckily they never have.”

Peters continues, “I love being able to create a show file on my laptop then load it straight into the board when it's off the truck. From there I can Virtual Soundcheck previous rehearsals and shows. Before the band has even arrived I’ve set all my gains and tested everyone’s ears.”

Often in fast-paced rehearsal environments, there are things that you don’t get the opportunity to spend as much time on as you’d like. With VENUE, I can set up more snapshots ready for the next day, and even listen to everyone’s mix on every single song to check it’s just right for the show. 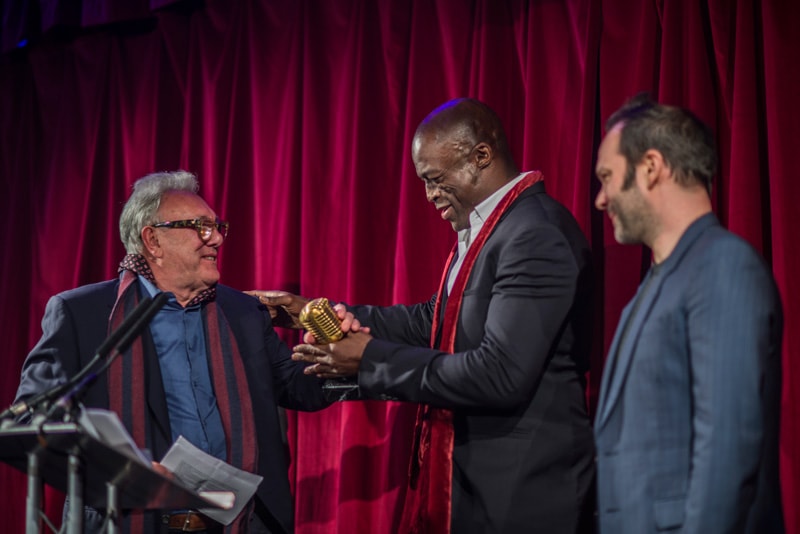 “Like most people, we record every rehearsal and show straight into one of our HD6 systems,” adds Peters. “This is a great reference for the musicians, and for us, as we can take advantage of the Virtual Soundcheck function on the boards. Typically during rehearsal, as soon as the guys stop playing at the end of the day, we flip the inputs of both consoles to Virtual Soundcheck and play the rehearsal recordings back through the consoles. I honestly can’t explain how useful this is. Often in fast-paced rehearsal environments, there are things that you don’t get the opportunity to spend as much time on as you’d like. With VENUE I can set up more snapshots ready for the next day, add, and even listen to everyone’s mix on every single song; to check it’s just right for the show.”

Slaves to the rhythm

The MPG show celebrated Trevor Horn’s career as one of the world’s top record producers. “We were lucky that we had a lot of guests playing with us during the show,” says Peters. “Many of the musicians actually played on the original records. Trevor really leads the band in terms of the sounds and what part he wants everyone to play—we referenced the original multi-tracks many times. We ended up having a lot of keyboards because we wanted the performance to contain all the parts from the record, from the Fairlight hits on Owner Of A Lonely Heart to sampling the original keys sounds on Video Killed The Radio Star. We meticulously sculpted our show to highlight the unique and incredible way that Trevor sculpts his records in the studio.”

Peters concludes, “We really pushed the track count to the limits for that show, but we could have easily used a second stage rack to cover any extra mics, which is another great feature of VENUE. I can’t foresee ever truly running out of channels!”