WGBH Gets a Workflow Makeover with Avid and the MediaCentral Platform

Build new, integrated, fast-turnaround workflows based on a common platform to make media assets readily available to everyone.

Boston public broadcaster WGBH is the single largest producer of television, web and mobile content nationally for PBS, acclaimed for award-winning series like Frontline, Nova and American Experience, as well as locally produced content like Basic Black and Greater Boston. Over the past two years, the organization has been rolling out new workflows powered by the Avid MediaCentral Platform, the industry’s most open, tightly integrated and efficient platform designed for media.

“To distinguish ourselves in a very challenging marketplace, we needed to create an interconnected multimedia company that leveraged all of our content more effectively,” says Tim Mangini, senior director of production technology at WGBH (interviewed in the video below). “Our Avid installation has helped us achieve that by creating one highly integrated ecosystem. It enables us to be much more efficient—we can share content with the click of a mouse and we’ve increased productivity by refining many of our processes.”

WGBH has connected all of its edit suites and mixing rooms—including 45 Avid Media Composer suites, Avid Symphony online/grading suites and four Avid Pro Tools 5.1 surround sound mixing rooms—with Avid shared storage. Every media creator—whether part of the post-production team, the web unit, the editorial group, or the local news team—now has access to the same material without having to put anything on a drive or FTP. As well as delivering huge productivity gains, the new workflow has also become the backbone of a more streamlined process for local news production.

It’s a testament to our team and the folks at Avid who worked closely together on the implementation that we had 100 percent uptime.

By integrating its creative teams across all of its programs through Avid shared storage, WGBH is able to maximize the value of its content across platforms. “While different groups have very different needs and interests, there’s a crossover in some of their needs, which makes shared storage invaluable,” says Mangini. “If, for example, Frontline is airing a program on a Tuesday night, and our news group wants to air something locally, or the social media folks want a clip, they can log into the storage and access pre-permissioned clips without having to duplicate and export media, or share them via some other means.”

After completing the first phase of the project—rolling out shared storage across the organization—WGBH turned its attention to implementing Interplay | Production for production asset management, enabling creative teams to use metadata to more effectively find and leverage content.

The company is now in the third and final phase of the project, rolling out MediaCentral | UX, the cloud-based web front end to MediaCentral. “It’s gone relatively smoothly considering it’s a highly complex roll-out when you’re dealing with as many people as we are,” says Mangini.

Perhaps the most ambitious part of the project was upgrading WGBH’s news division. Faced with numerous technology challenges, older newsroom and editing systems, and a storage platform that was expensive to maintain, the division needed to be modernized. But it would take careful planning, collaboration with the right technology partner, and a comprehensive suite of tools and workflow solutions to successfully complete the complex task.

“When we first took on Avid shared storage, and realized how complex the news division’s workflow was – with tight timelines and the different interdependent technologies they were using - we knew they would be the last one to migrate from their existing storage,” says Chris Fournelle, post-production director at WGBH. “It became a bigger project. A lot of things had to be done before this could be implemented.”

“Before we did the changeover, the news team had a list of complaints,” says Mangini. “The newsroom system they were using wasn’t meeting their needs on a number of different levels. It couldn’t do the things that they expected it should be able to do. It was actually a problem for them when recruiting people from other news organizations who had worked with a high-end newsroom system like iNews. We spent a lot of time trying to get the old system to work to spec, and eventually we determined it just wasn’t going to happen.” 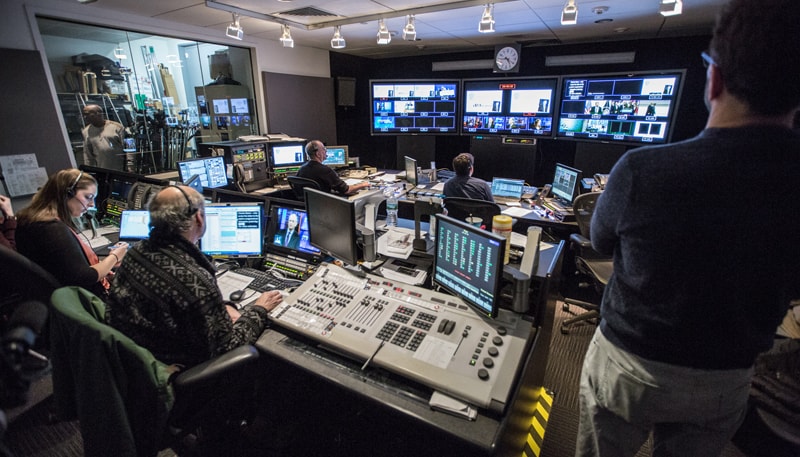 But it wasn’t just the newsroom system that needed replacing. “We were using another storage product which was costing us too much to keep up, both in terms of yearly fees and keeping up with problems with the equipment and engineering,” says Mangini. “And Final Cut Pro had been sunsetted and they really needed to be on a modern editing platform that could do things that they wanted to be able to do.”

With the risk of technology failures threatening the broadcast, the situation had become critical. “There were a number of these systems that over the years had been patched together,” says Mangini. “Any given week, we might come across problems that were sometimes just a nuisance, and sometimes they’d threaten the broadcast.”

“The biggest challenge wasn’t each individual piece—going from their old shared storage to Avid shared storage wasn’t hard; going from Final Cut to Media Composer wasn’t hard—it was doing all of it at once with no downtime,” says Fournelle. “So we spent a long time discovering their workflows—how are they working, what things can we improve—and mapping our own expectations of how it should work on top of that. Our goal was to tie it all into one big ecosystem and attach everything to Avid shared storage—whether it’s production, broadcast, metadata, cloud—they all wanted to work in one kind of environment.”

Mangini says, “There was fear of what we might break if we brought in all new stuff, and what if we get the wrong stuff? The news division does a program every single day, and that program has to go out.” 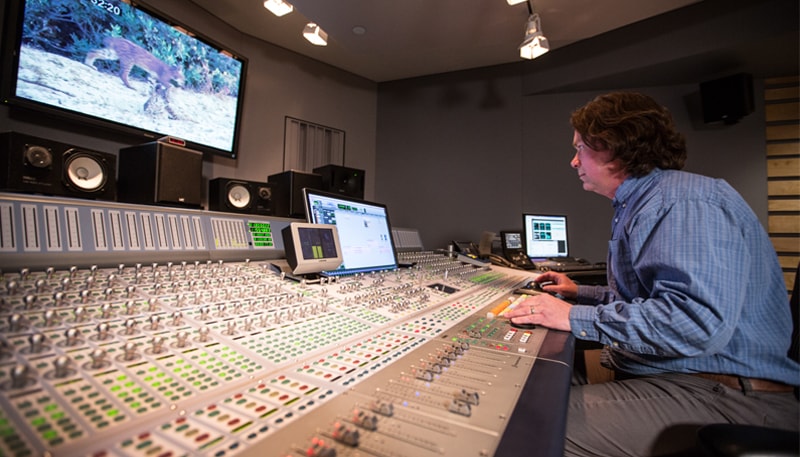 But Avid worked closely with WGBH to ensure a flawless implementation, and as Fournelle says, “Once we turned them on, they just worked. That’s the beauty of this—once you install it and once you plan it right, it just works. Avid starts becoming kind of boring because people can just make content. They don’t have to worry about the tech. The other system was always in anger of breaking down, so there was a lot of fear and not a lot of confidence. We don’t hear that anymore with the products we have in place.”

“It’s a testament to our team and the folks at Avid who worked closely together on the implementation that we had 100 percent uptime,” says Mangini. “There was not a day we had to stop and start again. We did a cut over and they were up and running. I don’t believe we even ran parallel systems. I think we just jumped over to it.”

Fournelle explains that MediaCentral | UX has been critical in helping the news division transition to its new workflow. “A big part of this overhaul was MediaCentral | UX,” he says. “One of the division’s big complaints before was not being able to see footage as easily as they wanted to. But with MediaCentral | UX, all of their journalists and executive producers can look at the footage in a browser, comment on it, and log it.”

Fournelle expects the success of MediaCentral | UX at WGBH’s news division to filter through to other parts of the organization. “That’s probably our biggest MediaCentral | UX deployment thus far, and it’s going to create a groundswell,” he says. “We’ve seen this before with other products—once you build it, demonstrate it, and people start using it, it then quickly gets adopted by other groups. So it’s been a great success—one of many that we’ve had with Avid in the last couple of years.” 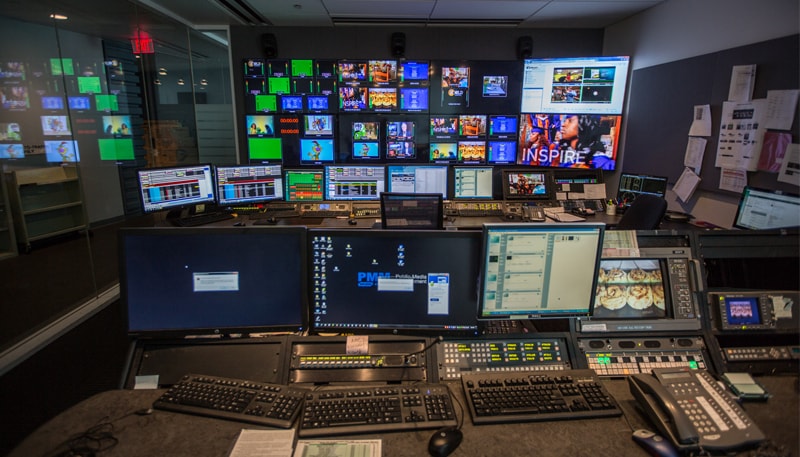 With innovation comes new ways of working—and long-term benefits. “One of the interesting things about the news group implementation is that at first, they wanted 15 or 20 people in the newsroom to all have editing stations,” says Mangini. “We said, ‘no, let’s have your editors edit, and then give other people access to the footage in a much more easy, seamless way.” And once Chris and his team explained how they could use it, they realized that MediaCentral | UX was an easier, more ubiquitous way to approach this. So now new people coming into the organization are shown a browser means of looking at footage. And executive producers, interns, and every talent level in between have ready, easy access to the footage. And as they learn that they can add markers that an editor could find useful, or build a mini story, those things start to filter into their workflow.”

MediaCentral | UX also proved useful for the national, topical debate show Point Taken, providing remote access to media. “I was in Las Vegas last year at NAB while Point Taken was shooting, and I could actually watch it on my cell phone while they were recording a live show,” says Fournelle.

Needing to create a fast-turnaround workflow for the show, WGBH again turned to Avid. Shot with six cameras in front of a live studio audience at 6.30-7.30pm, and airing at 11pm the same evening, the 30-minute show had to be quickly edited and cleaned up, before multiple versions were created for different platforms, including Facebook and web streaming.

“The biggest challenge was the timeframe,” says Mangini. “So Chris designed a workflow where they recorded eight channels via AirSpeed—six cameras, a ‘clean’ switched feed, and a ‘dirty’ switched feed that had lower thirds and all of that—so that we had ultimate flexibility in the edit room. Then literally within seconds of rolling the cameras and recording, the editor was able to say, ‘Okay, I’m seeing it.’ And he could be making markers and notes as the program was being laid down. If there’s something that needs to be fixed, we can have multiple edit rooms working on it at the same time because it’s all on Avid shared storage. By virtue of having all of these tools at their fingertips, they’re able to edit it in time and push the finished product back to AirSpeed. And at 11pm, we would roll the program out of AirSpeed to broadcast at PBS.”

Coming up for air

WGBH tested AirSpeed extensively after discovering that competitive products weren’t up to the job. “At least two other products couldn’t do what AirSpeed could do when we actually tested them,” says Mangini. “The companies said they could do it, that they were tested, and that they were in other environments already. But when we actually tried to record, they wouldn’t work. Then they’d spend two or three days to get a new rev to us, and we’d try that. After a couple of weeks, we decided to forget about it because we didn’t have the time to make somebody else’s product work that wasn’t going to work.”

Following the success of the new workflow for Point Taken, WGBH used a similar workflow for lensing the regional program High School Quiz Show in January of 2017. “In previous years, they’ve just recorded to drives and gone off to an edit suite and cut in their room,” says Mangini. “AirSpeed allows them to give multiple people access to the media from the moment we start recording it.”

According to Fournelle, Avid products are changing the workflow at WGBH. “Avid AirSpeed is becoming the de facto ingest and playout for our studio post-production units, largely driven by our local productions and news division,” he says. “People don’t like change, and that’s the biggest challenge we have, but the ease of Airspeed is changing people’s minds. The Avid products and the way they work are no-brainers