The IBC trade show in September in Amsterdam would not be the same without a bit of cloud and rain, but this time, three years since we were all last together in the Netherlands, there was much more talk about a different kind of cloud inside the RAI Centre than about the weather outside.

Reflecting now, a few weeks after the successful show concluded, it’s no surprise that topics like the cloud, remote, and distributed production, hybrid working, and story-centric news collaboration workflows were at the forefront during the four days of the event. After all, since 2019, there has been a huge upturn in interest in all of these subjects, driven, in some cases, by the necessity to keep producing during the turbulent days of COVID restrictions.

What customers are driving toward now is using the lessons from 2020 and 2021 to figure out what their future state should be–where their ideal workflows must evolve to, in order to deliver high quality content to viewers wherever they are and at an economic cost that makes business sense.

For the first time, the majority of Avid’s booth demo pods ran entirely on cloud-hosted infrastructure. Gone are the days of a pre-build before the show. This time around, the systems powering the demonstrations – MediaCentral | Production Management, MediaCentral | Newsroom Management, Maestro Graphics, MediaCentral | Asset Management – all ran in the Microsoft Azure Cloud, as did applications like our editing software Media Composer and web-based tools MediaCentral | Cloud UX, and MediaCentral | Stream.

This meant that a huge variety of workflows were on show – with a particular focus on the benefits which remote and distributed working can bring – but also highlighting that workflows can happen in the cloud, on-premises, or a combination of both. Many organizations remain invested in studio and on-premises infrastructure and are on a journey to transition to the cloud. Avid is committed to helping our customers through that journey, step by step.

Story-centric news has been a buzzword in newsrooms for many years – reflecting the changing nature of newsgathering and news distribution – and Avid’s MediaCentral | Collaborate is at the heart of these developments. Available as an app in the web-based MediaCentral | Cloud UX, on mobile, in Media Composer, and the Adobe Creative Cloud products – it delivers content sharing, task assignment, project tracking, and delivery to multiple platforms.

Rundown-based newsroom workflows are a critical part of Avid’s news solution – in addition to enabling social media and online posting – and this was underscored in demonstrations which showed off new features and new tools, such as MediaCentral | Acquire, a new app in MediaCentral | Cloud UX, to control streaming and feed ingest devices. 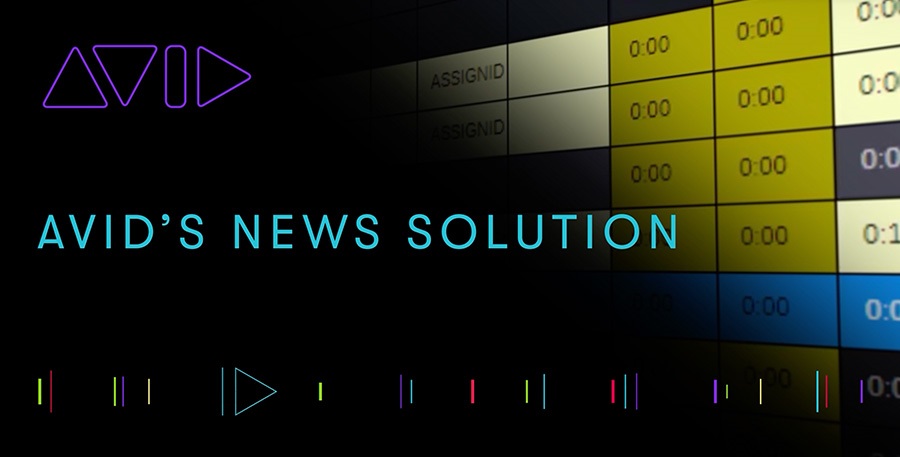 This solution can be deployed on-premises or fully in the cloud and will soon also enable hybrid workflows, connecting on-premises systems to cloud-hosted production environments.

Avid’s Media Production in the Cloud initiative has already been deployed by some of the world’s largest media organizations, such as Paramount Global, enabling them to overcome geographical challenges of a global workforce and new ways of working. In the booth, new workflows demonstrated how easy it is to take content from IP-streams, enrich them with metadata, edit, and then publish to any destination.

Avid has been innovating in cloud workflows for several years. In fact, it was at IBC in 2019 that we first highlighted the cloud-hosted post-production solution Avid | Edit on Demand – enabling customers to spin up a system running in the Azure Cloud with cloud-based editing with Media Composer and NEXIS shared storage. This was on show, including new over-the-shoulder workflows and tech previews of integration with Microsoft Teams.

In addition to Avid | Edit On Demand, there was a tech preview of new workflows between Avid’s flagship editing and audio tools, Media Composer, and ProTools, and also a tech preview of new remote workflows for on-premises post-production houses, called Avid NEXIS | EDGE. Stay tuned for announcements on when these industry game-changing solutions will be released.

Walking away from the RAI, it’s clear that Avid’s solutions resonated with customers and were reflective of the show overall. Cloud-based, hybrid, or on-premises, Avid has solutions to address major challenges facing the industry today and in the future.

Do you want to learn more about Avid’s solutions?

Adobe, Adobe Creative Cloud are either registered trademarks or trademarks of Adobe in the United States and/or other countries.