Inside the MovieLabs 2030 Vision

Media tech’s progress and aspirations on production in the cloud

In the summer of 2019 MovieLabs, on behalf of its member studios, published a whitepaper called ‘The Evolution of Media Creation’ which laid out a 10-year vision for the adoption of new technologies to aid in content production, post, and VFX. The paper, often referred to as the “2030 Vision,” created broad industry impact, recognition, and alignment around the foundational principles of how the industry would migrate production workflows to the cloud.

While the 2030 Vision is a technology roadmap, its primary focus is in empowering the creative to be more efficient (replacing repetitive and menial tasks so they can focus on creative tasks); flexible (so workflows can change and adapt to new situations and technologies); and faster (so there’s more of the most precious resource—time).

In July 2022 MovieLabs made a call for case studies that demonstrated one or more of the 10 principles of the 2030 Vision being deployed today. The selected case studies in the 2022 Showcase are collectively a demonstration of the Vision concepts of cloud-based workflows, applications coming to cloud storage, propagation of privileges publishing media through a workflow (instead of moving assets), archival media becoming a usable asset library, single-identity systems for all users in a workflow, and complex media asset collections being linked through metadata.

If we’re really going to get to that multi-cloud vision—all these principles—there’s a lot of work to do from an interoperability standpoint.

At IBC2022 senior leaders of key cloud, applications, and service providers took part in a session titled “MovieLabs 2030 Vision Update: Implementing the Vision,” to discuss how they are aligning with the foundational MovieLabs principles and endeavoring to put them into practice.

Session moderator Leon Silverman, Advisor, Strategy and Industrial Relations for MovieLabs, said by way of introduction, “Three years ago, with no notion of the impending global impact to our world and social order, we set out pretty big ideas for the future of content creation, bold principles, agreeing a common technology agenda on how the industry can make a transition to the cloud, working together. It was maybe a 100-year opportunity to build what could be described as a common gauge railway, where content creators could compete on the value of their IP as opposed to their technology-driven supply chains. Today we’re back in Amsterdam and back in the RAI, and we’re going to find out where we are now.”

“We were looking at how we get to the cloud before the MovieLabs paper was written in 2019,” said Diana Collela, Senior Vice President, Media & Entertainment, at Autodesk. “And when the paper came out, I thought, ‘Oh my God, it’s all here, the whole product management paper! For us it was great to see that from the industry, from the studios. I also think it gave us all, whether a studio or vendor, a common language. We now refer to it and expand upon it. We actually ask people to read it before we recruit: It is required reading.”

Simon Crownshaw, Worldwide Strategy Director Media & Entertainment at Microsoft, said, “First, I think it’s important to observe that it’s a 2030 vision and not a 2022 vision, as a lot of people like to go really quickly. And it’s going to take some time. It’s an iteration of where we’re going. I think we’ve seen it evolve over the past three years.

“A lot of the workflows today remain cumbersome, and we’re replicating data all over the place,” added Crownshaw. “I think the MovieLabs vision provides a blueprint not just for movies but for broadcasting and advertising and a lot of other elements where a lot of workflows that have been previously separated and segregated are now very much coming together in terms of the blurring of the lines across M&E.”

According to Adobe Industry Strategist Bill Roberts, “The content supply chain: pre-pandemic people would wonder what that is. But now with creativity at the core, to reach a global audience—multi-lingual, multi-frame rate, multi-aspect ratio with content and marketing—you actually have to think about how you do this at scale. But we can’t just take the workflows that existed on-prem and plop them into the cloud. Brute force virtualization will get you so far, but now you have to connect together into a workflow.

“The conversations have shifted,” added Roberts. “Tell me how I do more. Tell me how to do multilingual. Tell me how I market across every social touch point where I’ll find my customers with video content. I think that’s been a big shift in our discussions.”

Brute force virtualization will get you so far, but now you actually have to connect together into a workflow.

“We have been struggling with interoperability since the dawn of time. We cope. It’s not solved,” added Buzz Hays, Global Lead Entertainment Industry at Google Cloud. “There are a lot of conversations to be had about that. Security has to be covered across the board, but it also needs to be invisible—it has to have no impact. It has to protect every single asset.”

“Interoperability in the cloud is different to how we wire things together on-prem and how we make these things work,” agreed Avid CEO Jeff Rosica. “Interoperability between vendors is happening, but it needs to happen more. It also needs to happen with the cloud providers, because if we’re really going to get to that multi-cloud vision, or if we’re going to bring the applications to the media—all these principles—there’s a lot of work to do from an interoperability standpoint, because a lot of the work we’ve done in an on-prem environment will not port to cloud environments. Yes, we can get Avid, Autodesk, and Adobe to work together on a desktop, but the entire ecosystem of suppliers has got to work together to do this.

“Change management is crucial,” continued Rosica. “This is a time in our industry that’s exciting. I’ve never seen anything like it, even back through the transitions to tapeless and UHD and all the things we’ve done as an industry, and maybe a couple going on at the same time. We have such fundamental changes in business models of customers in media, and the way that’s impacting operations and how they think about how to run their business, and how technology is shifting so fast—and cloud is just one of many things we’re dealing with. It’s a massive amount of change going on. We as an industry have got to take seriously the change management, the transformation, and what it is we’re all doing. When you ask the question, who has to change?, the answer is everybody.”

“We all have a common goal now—and that’s what excites me,” said Crownshaw. “We’re learning and we’re sharing, because if we don’t share we’re never going to get where we want to go. That’s my optimism in terms of where we are. There are case studies we can all learn from. That only happens when we have these collaborative forums.”

The IBC panel agreed that the focus for the MovieLabs 2030 Vision remains on how to solve industry challenges in order to enhance the content creation process in a collaborative, aligned and non-competitive manner. That broad industry alignment is essential in building a solid industry base and ensuring that all parties involved are speaking the same language.

Moving editorial to the cloud across the globe, with sometimes hundreds of editors collaborating remotely, has been achieved during the pandemic period and is now an established working model. Nevertheless, there remains a lot of work ahead in achieving the 10 principles, not least in the areas of orchestration, security, and infrastructure-as-a-service.

However, if the collaborative work in progress of the MovieLabs 2030 Vision project continues as established, it can speed time to market for media projects, unlock IP for downstream business models, create a whole ecosystem for vendors, and reduce friction for everyone in the marketplace.

Adobe is either a registered trademark or trademark of Adobe in the United States and/or other countries.

Get to know Avid post-production solutions for film and television 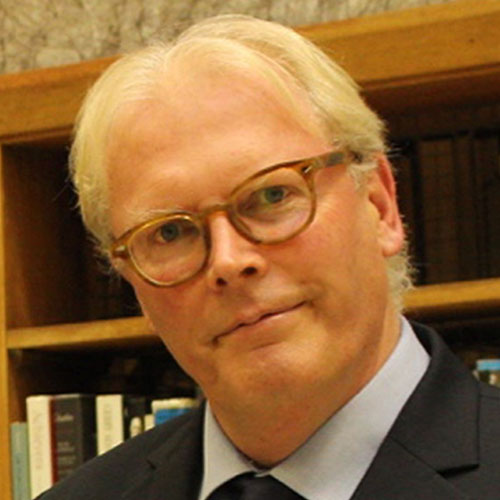