Audio over IP (AoIP), AVB, and Dante: What Today's Music Producer Should Know

You know those times when you arrive at the studio amped for a new client's recording session, but find there's a ton of cabling to get done? Or when your session's creative flow gets interrupted by gear needing to be rerouted or signal registering issues?

What Is Audio over IP (AoIP)?

Put simply, AoIP (which stands for Audio over Internet Protocol) carries audio signals from one device to another—say, from an interface to your computer. You might compare it to other connectivity standards like USB, Thunderbolt™, or DigiLink, to name a few.

Think of AoIP as a blanket term for several different audio-over-Ethernet-cable solutions, all aimed at transporting audio and video in a uniform, time-synced manner. In other words, with AoIP, audio signals sent from various sources (consoles, DAWs, mic preamps) arrive at their destination(s) at precisely the same time, preventing messy situations, such as audio feed from a preamp arriving half a second ahead of your vocals.

AoIP's synchronization of multiple streams of audio and video is the reason that live sound, broadcasting, and sports arenas were among the first to embrace networked audio in lieu of routing miles of cable, although it's now on the rise in music production. The other reason is that, in addition to simplifying even the most elaborate setups, AoIP can also offer scalability. With today's most prolific IPs, AVB and Dante™, there's virtually no limit to the number of audio sources a local system can carry, whether it's delivering them to multiple destinations or just one, like your recording system.

A Sidenote on IP

It's worth talking about the term "internet protocol" for a moment. Generally, IP refers to a set of established rules that govern how data is packaged and addressed to a specific location. The most well-known and ubiquitous IPs are the internet and the Ethernet. Both were developed by the Institute of Electrical and Electronics Engineers (IEEE), a worldwide non-profit organization based in New Jersey. IEEE establishes internet protocols through careful forecasting, deliberation, and consensus, and the entire process often takes years.

In the late 90s and early 2000s, a number of companies saw the advantages of AoIP and came to market with their own proprietary protocols: CobraNet, EtherSound, and Dante. With the exception of Dante, all of these IPs have come and gone due to limitations like a 64-channel maximum load (CobraNet), intricate configuration requirements (EtherSound), and latency greater than 250 microseconds.

The two main players on today's stage are AVB and Dante. Developed in Australia, Dante is a proprietary IP of Audinate, which licenses Dante technology to various manufacturers. Audio Video Bridging (AVB) is open-standard and developed by IEEE, the same organization that developed the Ethernet. Companies who want to build to the AVB internet protocol are free to do so without licensing—they only need to conform to any protocol specifications set forth by the IEEE AVB IP.

To be clear, neither Dante nor AVB does away with latency altogether. Rather, they both synchronize timing for all the streams riding on the network, enabling super-fast delivery of audio and visuals in the space of 125 to 250 microseconds. Humans only start to notice latency once it reaches 30 milliseconds (30,000 microseconds), so these rates are remarkably close to no latency.

AoIP already has a strong foothold in live sound and broadcast, but it's on the upswing in music production. Although the early adopters were large, multi-room studios, today you can see AoIP moving from the high-end to mid-market gear that's much more broadly accessible.

So what's in it for your average producer or engineer? With AoIP you can seamlessly track drums, bass, and keyboard from different rooms with everyone playing at the same time, capturing the feel of a live set. All you need to do is plug the keyboard MIDI and drum and bass mic preamps into their respective AVB interfaces or switches and you're golden. If you're working with a ton of outboard gear, you don't have to worry about rerouting cables.

On top of the cable flexibility, AoIP also affords today's music producers the ability to collaborate with other artists while maintaining a buffer of space—at a time when social distancing is top of mind. You could work on a hook or bridge in real time at a 6-foot distance or even have your creatives working in different rooms on different floors. Maybe you want to tackle preproduction of an album you're producing for a local band; you could have the band set up in the garage with their preamps plugged into an Ethernet interface while you run the DAW session from your laptop at the kitchen table.

AoIP in the Future

For music producers, the most exciting part of AoIP is what's yet to come. Since AVB, one of the two major players, is an open source platform, there's a wealth of new engineering coming down the pike as industry innovators expand on the existing protocol. In the near future, you can expect networked audio to enable all kinds of new workflows, from daisy-chaining equipment together to allowing engineers to access accelerated DSP on a network to call upon as needed.

With AoIP, you can forget the cable tangle and start future-proofing your workflows to ride the wave of industry changes.

A new breed of audio interface, Carbon is a hybrid audio production system that features incredible sound quality and combines the power of your native CPU with onboard HDX DSP acceleration. All at the touch of a button. All in Pro Tools. 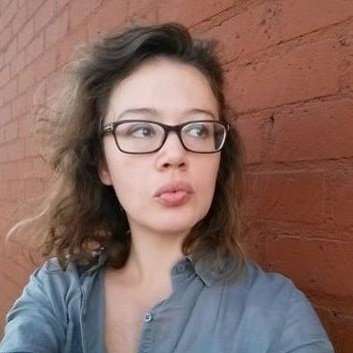