In my work with audio developers over the past 24 years, I’ve rarely encountered an organization that so passionately lives and breathes its mission every day as Mach1 does. Founders Jaqueline and DraÅ¾en Bošnjak, a pair of geniuses from New York City, along with their Technical Director Dylan Marcus develop and market the Mach1 Spatial System, Mach1 Spatial (format) and Mach1 Spatial SDK whose flexibility and streamlined workflow are increasingly making it a must-have tool for professionals delivering surround and spatial audio content including app and game developers.

In theâ¯Bošnjak’sâ¯words: “We are not just looking to the masters of the past but connecting and expanding on their core values and motivations, making sure that we bring ourselves, as craftsmen, into emerging and new mediums. A Renaissance of sound is happening as sound quality is critical for maintaining immersion and our openness to this fundamental change should not create footholds that undermine the craft in service of the technical.”â¯;

We had the chance to sit down with DraÅ¾en Bošnjak, Co-Founder of Mach1, who shared the company’s thoughts about the products and future direction of the company and its groundbreaking products. 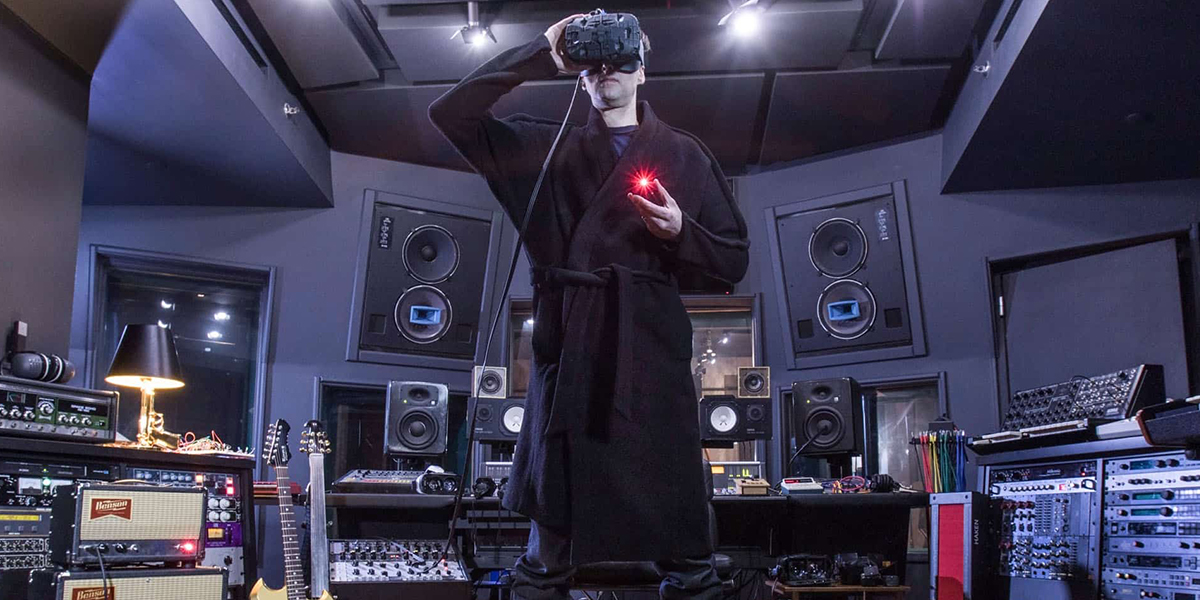 Ed Gray:â¯ What is the mission of Mach 1 and what’s the story of its founding?

DraÅ¾en Bošnjak:â¯Necessity is the Mother of Invention. Early on I started working with a few key directors like Guy Shelmedine, Marco Brambilla, Sam Esmail and Robert Stromberg who started directing VR projects. I wanted the ability to bring cinematic quality and craft into this new medium. My expectations were informed by epic movie soundtracks and soundscapes as well as great music recordings.â¯ I was not satisfied with the options that were available. The crappy “HRTF (filtered) to death” sound and the naked game engine approach were unacceptable. Mach1 was born working on these projects where the director demanded high quality spatial sound as well as complete creative control. The same standards expected in film.

DB:â¯ The problem was the lack of a transparent audio format and tools for authoring spatial sound mixes that was easy and intuitive to use as well as the difficulty in creating truly transparent volumetric sound recordings that can be deployed on VR platforms and game engines. Director Robert Stromberg famously said while we collaborated on The Martian VR for 20TH Century Fox that working in VR was equivalent to building an airplane while flying it. Mach1 was born out of the need to do our work on a level that we’d come accustom to in film. Mach1 is a VVB (Virtual Vector based panning system) that preserves professional audio standards and best practices in a medium where quality of sound is critical for maintaining immersion. Mach1 Spatial is a Virtual Vector Based Panning (VVBP) system contained into a single multichannel deliverable through already existing audio containers and codecs, leveraging & preserving traditional audio best practices while enabling full 3DOF interactive spatial sound as well as 6DOF when integrated into a 3D Game Engine. It does not require any audio library or media engine and can function fully on top of any existing audio system/engine. The Mach1 system takes all traditional post-production practices and allows them to be deployed for interactive mediums such as VR, AR, MR and installations. Whether roomscale (6DOF) or 360 videos/cinematic VR (3D0F), the format shares a single vector space that is infinitely scalable and solves creative limits caused by alternatives such as ambisonics or game object audio implementation. 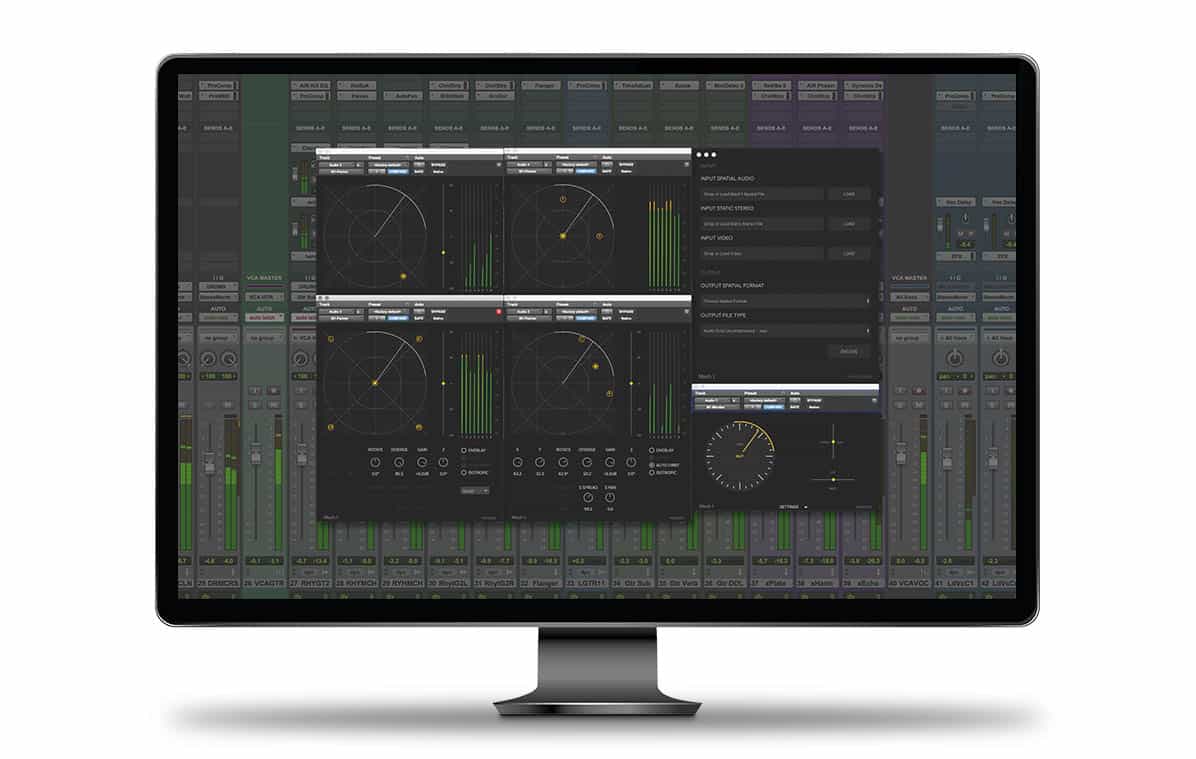 EG: How does the solution interact with Pro Tools?

DB:â¯Mach1 Spatial System supports the AAX plugin format and seamlessly integrates with Pro Tools by taking over 7.1 channel and using it as 8 channel Mach1 Spatial. Using the simple model of a plugin for inputting/panning and a plugin for playingback/monitoring Audio Professionals can design how they want to mix to and from Mach1 Spatial at their own discretion and are free to use this in tandem with any other solution without compromise.

EG: How is the solution used together with comparable solutions from other vendors?

DB:â¯The Mach1 Spatial System was carefully developed by/for audio engineers and professionals to simplify spatial and multichannel audio creative control. The plugins themselves have familiar design aspects to traditional stereo and surround mixing practices and expectations, avoiding all the new paradigms and abstract concepts such as spherical harmonics and proprietary effect processes seen in other spatial audio solutions. Once the Mach1 Spatial mix or mixes are made they can be safely distributed in any codec or file container that supports at least mono audio, and can also have support built into any app or project that at a bare minimum supports playing back a mono audio file. This is to ensure that Mach1 Spatial is a tool that can safely be added anywhere and will never prohibit the use of any other audio technology or solution since it does not rely on any proprietary metadata or codec. Agnostic in every respect, lightweight and safe to integrate. Mach1 Spatial acts as a “perfect delivery format”, an audio framework to unify the handling of multichannelâ¯ and spatial audio formats/configurations and conversions between them, as well as ability to decode them to stereo (with or without device/head tracking) with full down mix and up mix control without any abstract layers of “encoders” and “decoders”. The framework simplifies spatial/multichannel audio to allow the development of custom multichannel configurations allowing backend development control to speaker configurations and futureproofing any audio needs for consumers in the future and giving anyone control over custom audio pipelines and modernizing post production audio and deliverables as new mediums emerge.

EG: How do you see the solution evolving?

DB:â¯Through our work and collaboration with VR/AR and immersive sound producers we have identified new opportunities and features that we will be adding to our software. We are at the very beginning of the spatial sound revolution and this is just a start. 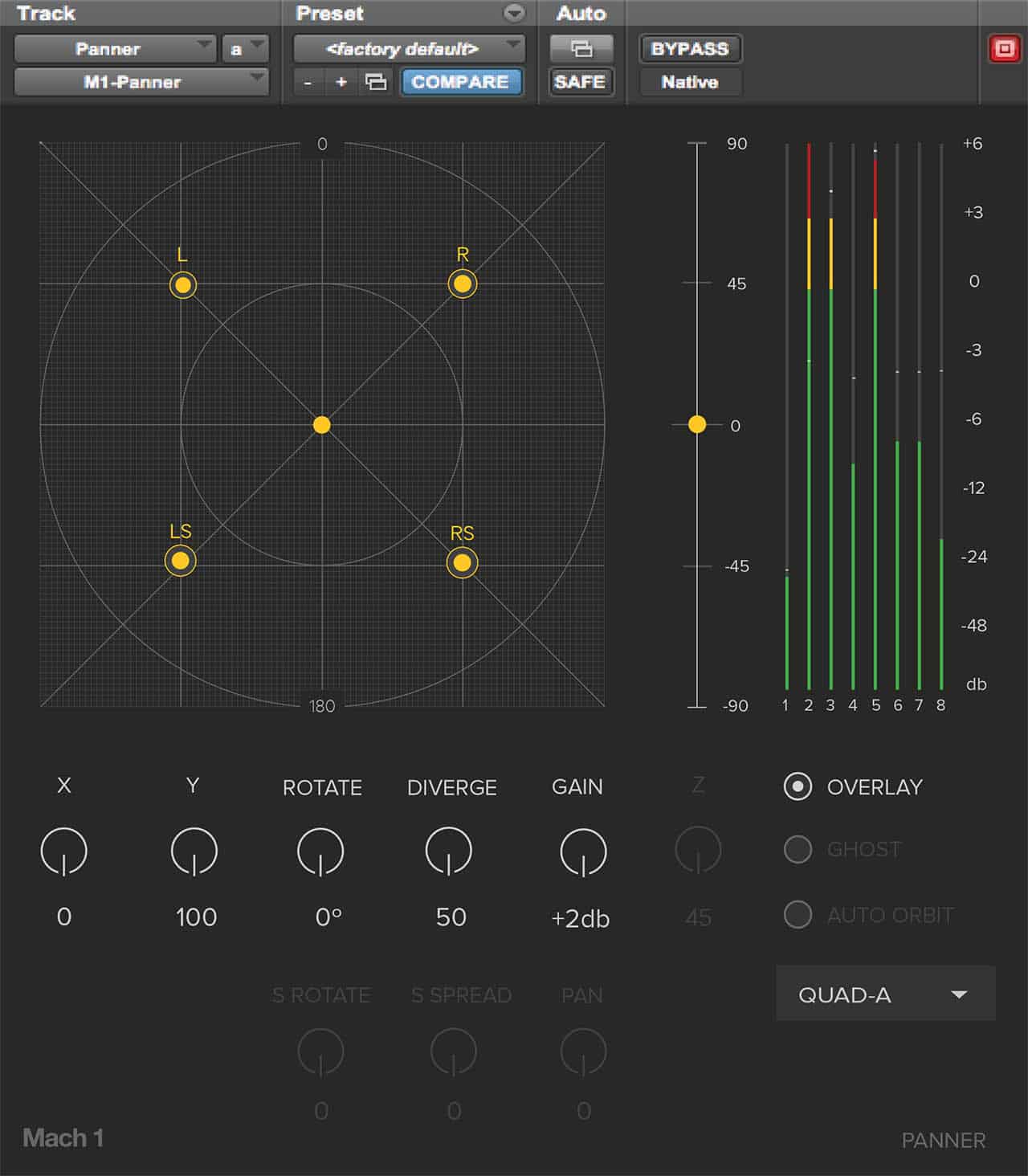 EG: I heard about Avid’s visit to â¯Mach1 Studio in Tribeca New York.â¯ How did that go?

DB: One of my favorite moments happened when Avid’s Robert Miller and Ozzie Sutherland (who is now at Netflix) brought their “Golden Ears” to demo our Mach1 spatial format. In fact this encapsulates what is great about Avid. They had already brought their Senior Product Designer at the time,â¯Connor Sexton,â¯to vet our software. Sexton commented that we’d created “The most elegant solution for spatial audio” but for Avid the true test were the ‘Golden Ears’. A couple of weeks later seven time Grammy winner, Frank Filipetti a lauded producer, engineer and mixer walked into Mach1 studios. Frank began his career working with Foreigner, KISS, James Taylor, Carly Simon, The Bangles and 10,000 Maniacs and continues working a variety of artists including Barbra Streisand, Ray Charles, Billy Joel, Mariah Carey, Madonna, Elton John, Rod Stewart and Paul McCartney, to name a few.â¯Frank sat down ready to listen to the Mach1 Spatialâ¯demo. He put on a pair of headphones with our proprietary IMU duct-taped to  the frame and I pushed play on Pro Tools sending our Mach1 Spatial mix through the Mach1 Monitor plugin- controlled in real time by Frank’s head position. I looked over to Frank, he closed his eyes and became very still. He then slowly turned his head around andâ¯aâ¯huge wide grin came over his face…right then I realized thatâ¯I might have just experienced my best professional moment ever.

At Avid, we’re honored to work withâ¯Jaqueline and DraÅ¾en Bošnjak and we can’t wait to see what they bring us next.â¯ In the meantime, the Mach1 Spatial â¯System deserves to be an automatic purchase for professional immersive content creators and app developers from everywhere. Come to Avid Marketplace and pick up yours!