Film Editing â The Importance of Rhythm and Pace


How does the rhythm of an edit, or the pacing of shots, matter to the art of editing?

Setting the pace of an edit is vital to the storytelling aspect, and for establishing the general stylistic feel of a film. This rhythm is created by a series of beats, and cannot be determined by one or two consecutive cuts alone. It works very similarly to a music composition. The tempo of a piece of music is defined by the beats per minute of the underlying track. It determines the speed, or the pace of a tune. Without it, different instruments cannot come to play in unison or to create a cohesive sound. Just as a conductor sets the tempo for an entire orchestra, or a DJ mixes various songs together by beat-matching, it is up to the editor to determine an appropriate pace within each scene itself, as well as collectively for the entire film. 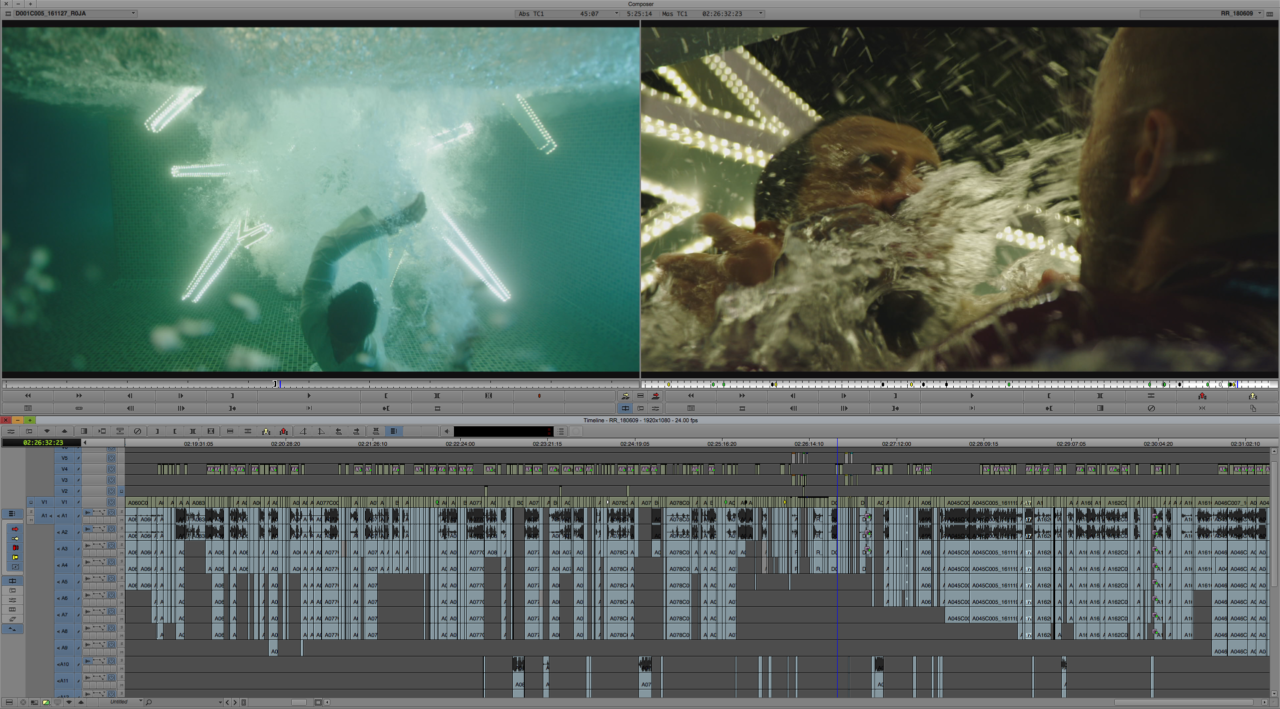 The skill of pacing does not mean moving at an exact measured pace all the time, but knowing when to cut out of a certain shot and into the next to create an engaging dynamic. An editor needs to know just how much time is necessary to give the audience a breather to absorb a moment, or when to trim and cut out of a shot before it lingers on for too long. These ups and downs, or waves, are important to avoid moving at a monotonous speed. In his book Art of the Cut, Steve Hullfish gives the perfect example of this by comparing editing to dance. “Dancers do not simply make a movement or a step on every single beat. Dance rushes forward, then holds, then flows elegantly, then spins and drives.” There are innumerable films to use as references here, but as I was recently watching Moneyball, I could not help but notice Christopher Tellefesen’s instinctive editing style. The scenes in which players were being traded over the phone had a fun, back-and-forth exchange between Billy Bean (Brad Pitt), and Peter Brand (Jonah Hill). This dynamic was beautifully juxtaposed with the long and awkward, one-shot scenes of the players receiving the news that they have been cut from the team.

There is no rule or formula to follow to determine the pace and flow of sequences. I think that the majority of editors would agree that it is a matter of instinct, or according to Anne V. Coates, you must “have the courage of your convictions”. It cannot be taught as much as it is felt; you will know when you have made a good editing decision when it feels right emotionally. We all have that one friend who knows how to tell a good joke, or a good story. They know precisely when to hold on a certain beat, or when to pickup the pace to build up to a climax, and surely enough the audience react at just the right moment with a laugh or gasp. This is what editors are meant to be doing when cutting the story, whether by creating tension in long drawn out shots, or cutting an action sequence with a flurry of footage. If you know exactly what you want to be telling in every scene, then how to say it will follow naturally.

Apply the Timewarp effect to tweak the speed of certain shots

Generally, the actors or the genre of the film dictates the rhythm. Often times, however, that natural pace gets thrown off if an actor pauses a bit too long on a beat when delivering lines, or a camera movement is too slow or too fast that it does not feel right. During a viewing of a film I edited, the producers and I were very engaged in the story as it followed a steady, slow rising pace, but just as the action started to build up to one of the major crane shots in the film, the dynamic dropped instantly. The crane was too slow in comparison to the progression of the film up to that point. As a single shot (and probably the most expensive shot in the production), it was beautiful, but we all knew that it had to be cut up within a more propulsive sequence. On Avid Media Composer, I would usually apply the Timewarp effect to tweak the speed of certain shots when necessary. But, I do believe that if a shot is framed beautifully, the acting is adept, and the emotion is there, stay on that shot, because some moments are simply more genuine and powerful when there isn’t a cut.