The Role of Sound Design: From Early Editing Stages to Final Mix

Sound really is half the picture, so it’s just as important to focus on the sound edit while putting the picture together.

As I’m editing a scene, I try to clean up the dialogue as much as possible by applying an EQ filter using the Audio EQ tool. For example, if there’s a lot of hum in the background, I would tone down the low-shelf frequency and adjust the mid-shelf to make the dialogue a bit more crisp. I also use volume key-framing for more detailed work and to reduce sound distractions between one shot and the next. When you’re presenting the rough cut for the first time, you want to create the right environment for your story to sell the edit. You don’t want anything to pull you out. 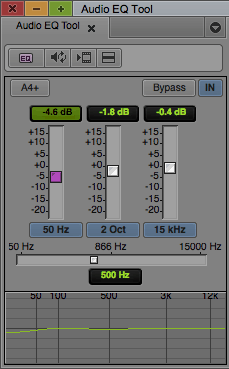 Once I have a sequence together, I begin to quickly build an environment for the story by adding some atmospheric sound and sound effects. Not only will this help smooth out the cuts, but it greatly impacts timing by compensating for what lacks in the picture. At this stage, I alternate between editing picture and sound until they meet somewhere in the middle where I’m happy with overall pace of the scene (you can read about that in my previous post: “Film Editing – The Importance of Rhythm and Pace”).

I have an extensive sound effects library, some that were purchased and others that were collected over the years from various projects, and I would experiment with these effects and atmospheric sounds as early on as the rough cut. The aim is to create a believable world inside the film.

On a feature film that I edited recently, the story was set in a barren environment – No animals, insects, trees or any other living organism existed besides humans, and the director had decided that the film will not have any music. I had several sounds of different winds and sea waves in my library, so I had to treat those atmospheric sound effects as music. Hearing the sea slowly getting rougher and louder, or the wind gradually picking up speed can really add to the intensity of a scene, and the audience feel it without the need for a big orchestra to guide their emotion. 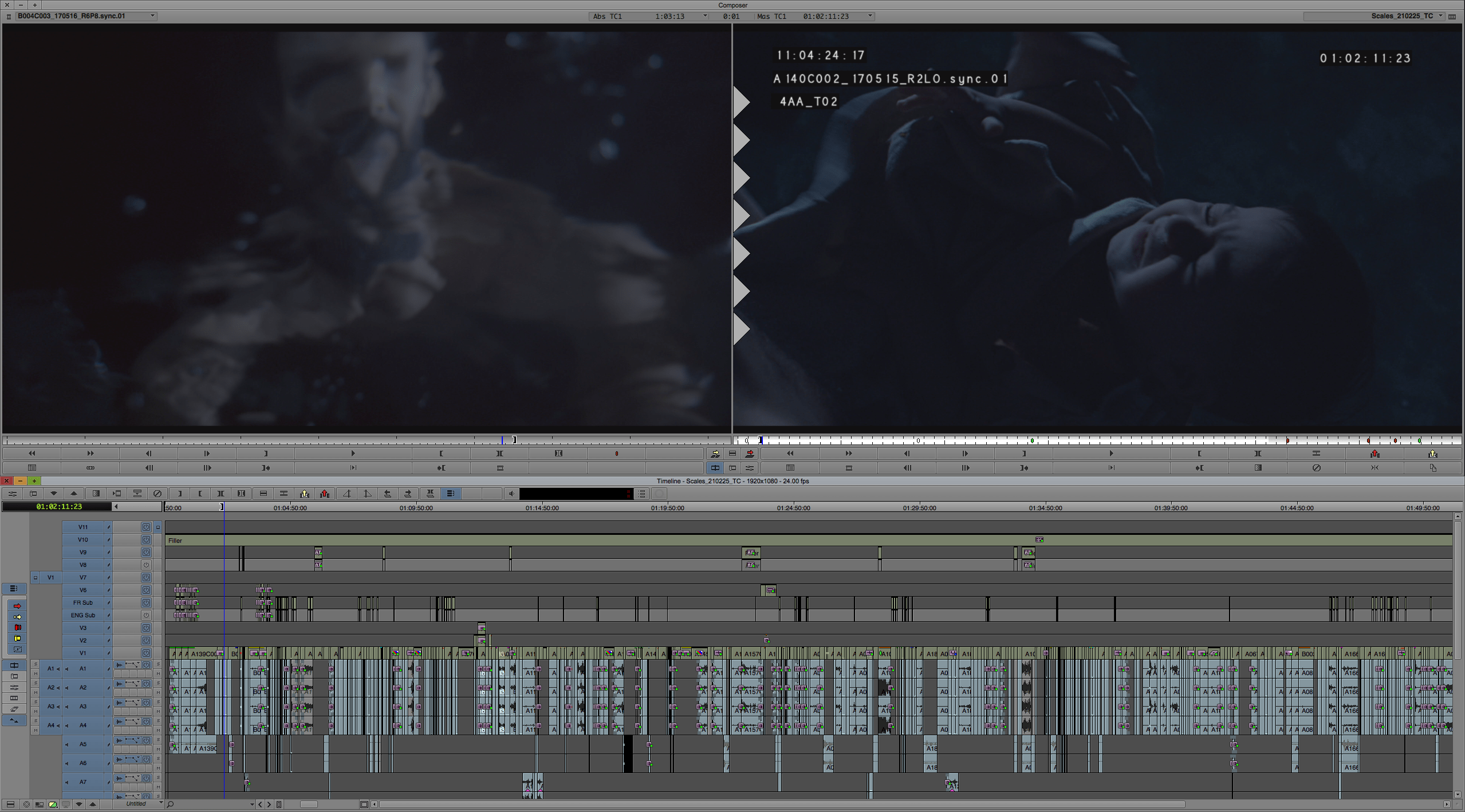 You have to be very careful when working with music in the editing stages. I would usually wait until I have finished the cut entirely before dropping in temp tracks. If a scene is paced correctly, then the music track would somehow fit in magically, but you cannot compensate for poor pacing or cover it up with music, it gets messy that way.

All the sound effects placed during the editing stage are used as a reference guide for the sound designers. Once the picture is locked, an AAF of all the audio tracks is exported from Media Composer to the sound team, which they would import into Avid Pro Tools as a blueprint for the sound design on the film. The sound designers work hand-in-hand with the foley artists to create custom sounds for every frame in the film, and to elevate the emotion within the story. 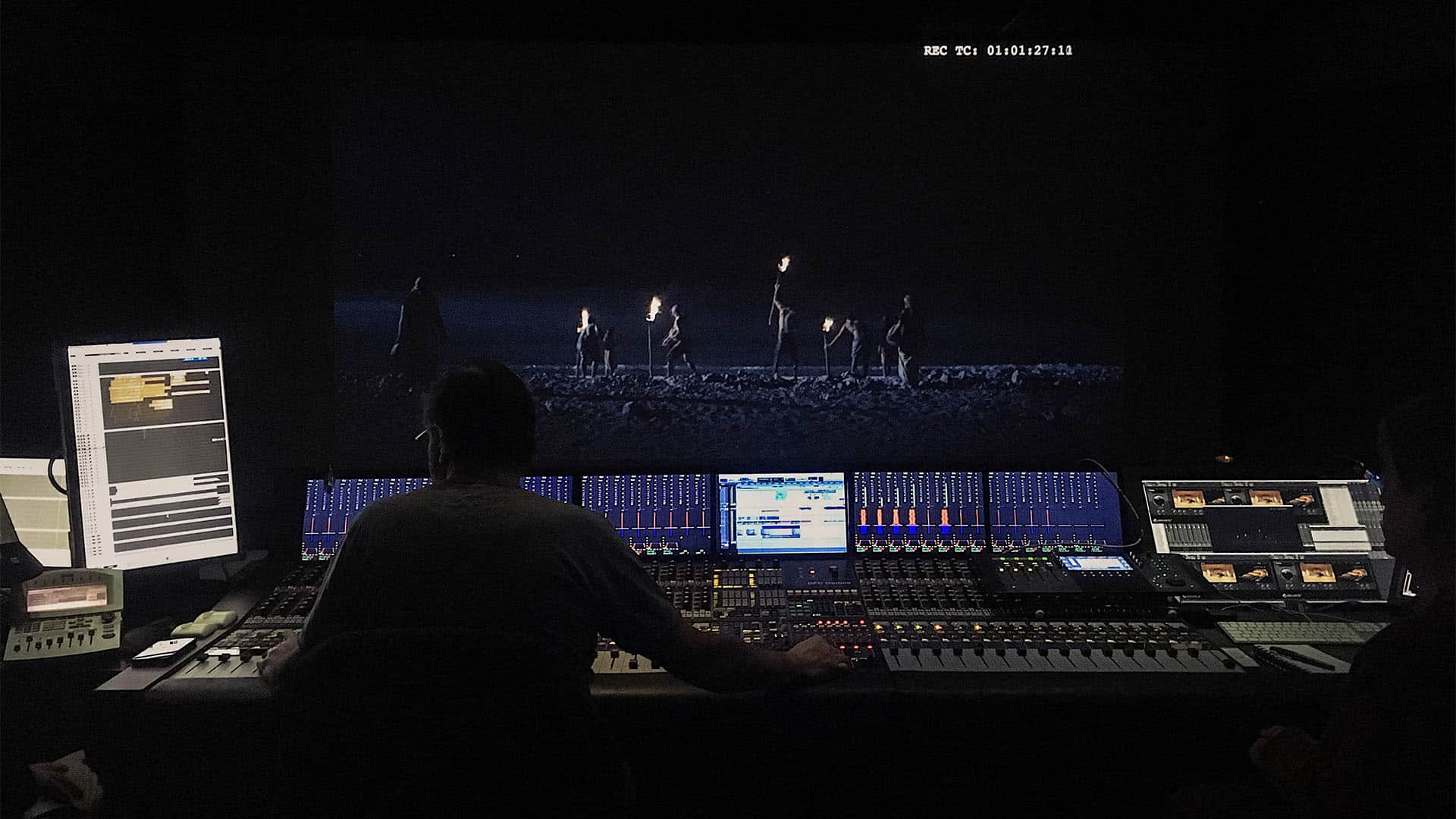 The final mix is the stage at which the film really comes to life in a multi-dimensional way – The image itself is flat, two-dimensional, but with all the sound elements applied, including the dialogue, foley, SFX and music, and with the directional sound design, the audience becomes surrounded within the environment of the film. Sound gives the picture depth.