London-based editor Ben Mills started transitioning into the role of VFX editor while Assistant Editing on Kick-Ass 2; creating temporary shots and turning over plates to VFX vendors to complete the work in preparation for the DI (Digital Intermediate). â¯“I was brought onto Kick-Ass 2 as joint first assistant editor with Riccardo Bacigalupo for editor Eddie Hamilton, but I ended up also taking on the VFX editor role as I had experience creating temporary compositions and handling VFX turnovers on previous smaller jobs. After that,â¯I worked as VFX editor for Kingsman: The Secret Service and as 3D editor on Joe Wright’s Pan. I’m currently back VFX editing on the new Eddie The Eagle biopic starring Taron Egerton and Hugh Jackman. It’s an incredibly fun film and the director Dexter Fletcher has been a blast to work with.” 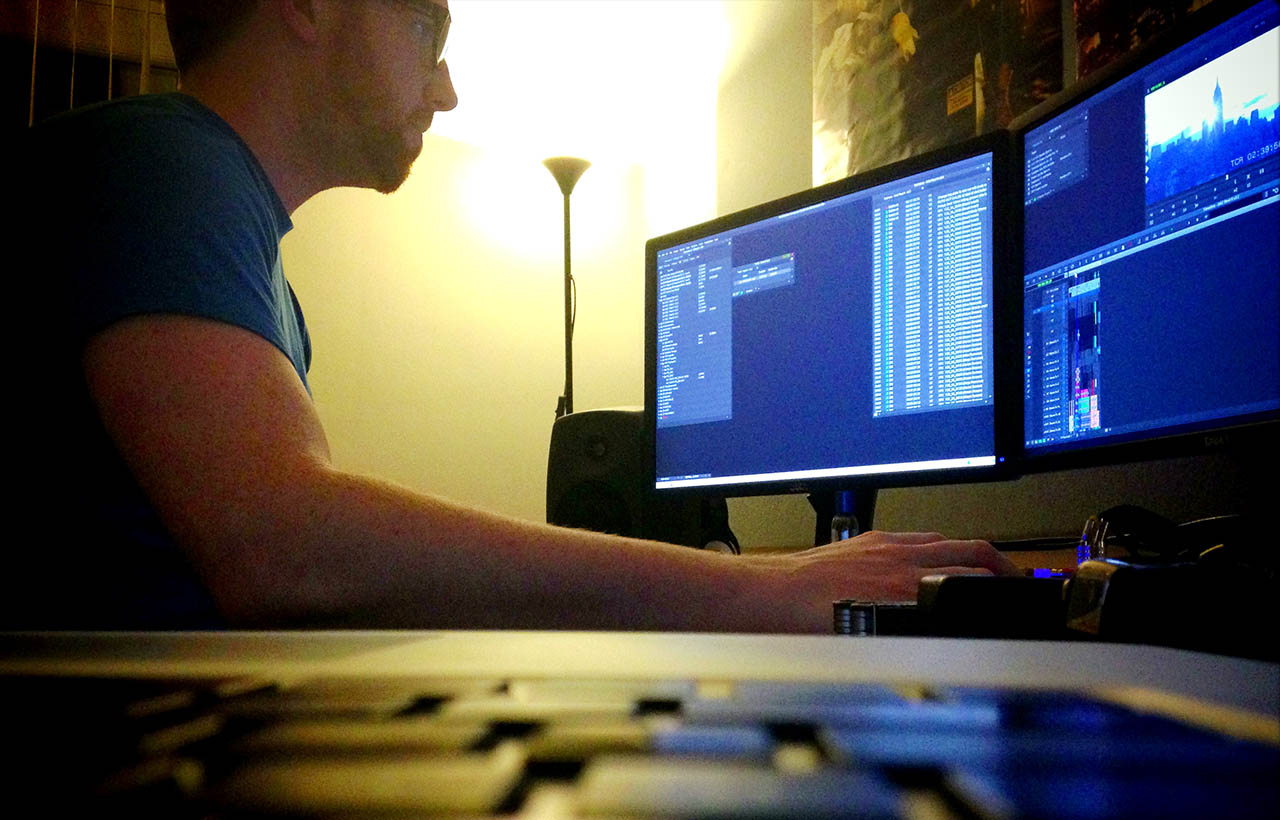 “VFX editing is a job I have always wanted to undertake as it provides an assisting role with an extra level of creativity; being the first step in mocking up VFX shots and showing them to the director. Given the career path of someone like Mark Sanger and the amount of VFX intense films that are around today, it really helps being an accomplished VFX editor when wanting to become an editor, which is an appealing path I would like to explore.” 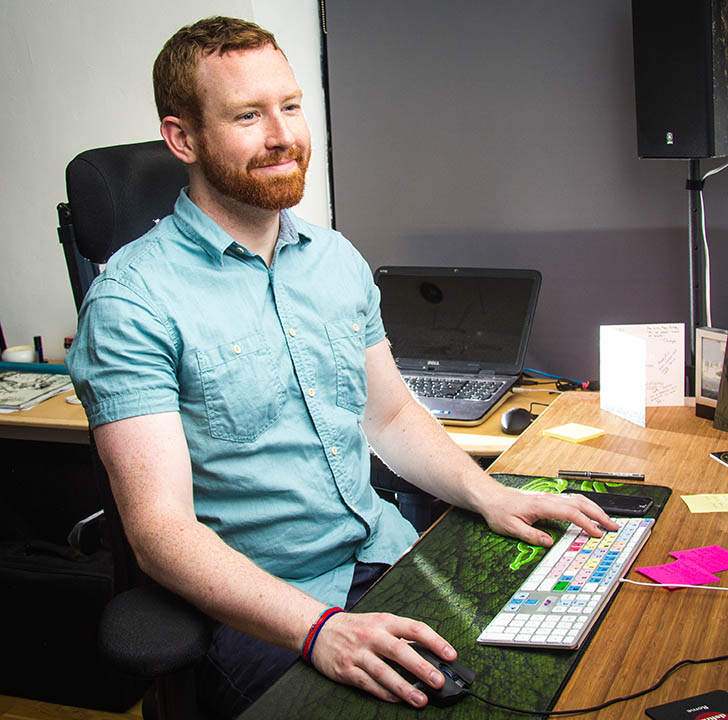 “My favorite feature to work on was ‘Kingsman: The Secret Service’. It’s a great fun film, we had a superb team, and working alongside Eddie Hamilton and Jon Harris is ever a pleasure.”

“The key role of a VFX editor is to be the most up-to-date person in terms of the way the cut is shaping up and how the VFX are being affected by the story. Naturally the cut changes on a daily basis, so it’s your job to keep all of the vendors as well as VFX production in the loop on those changes, and to ensure all work being completed by VFX vendors is accurate and up-to-date. A lot of the time, you’re creating temporary shots to show the editor and director, pulling plates and sending them to the vendors, along with any reference material or documentation to aid them in completing the work. Furthermore, you have to keep VFX production informed with what shots are in the cut, out of the cut or on hold. It’s a lot of checking, cross referencing and data management, but there is still a creative element in mocking up VFX shots.” 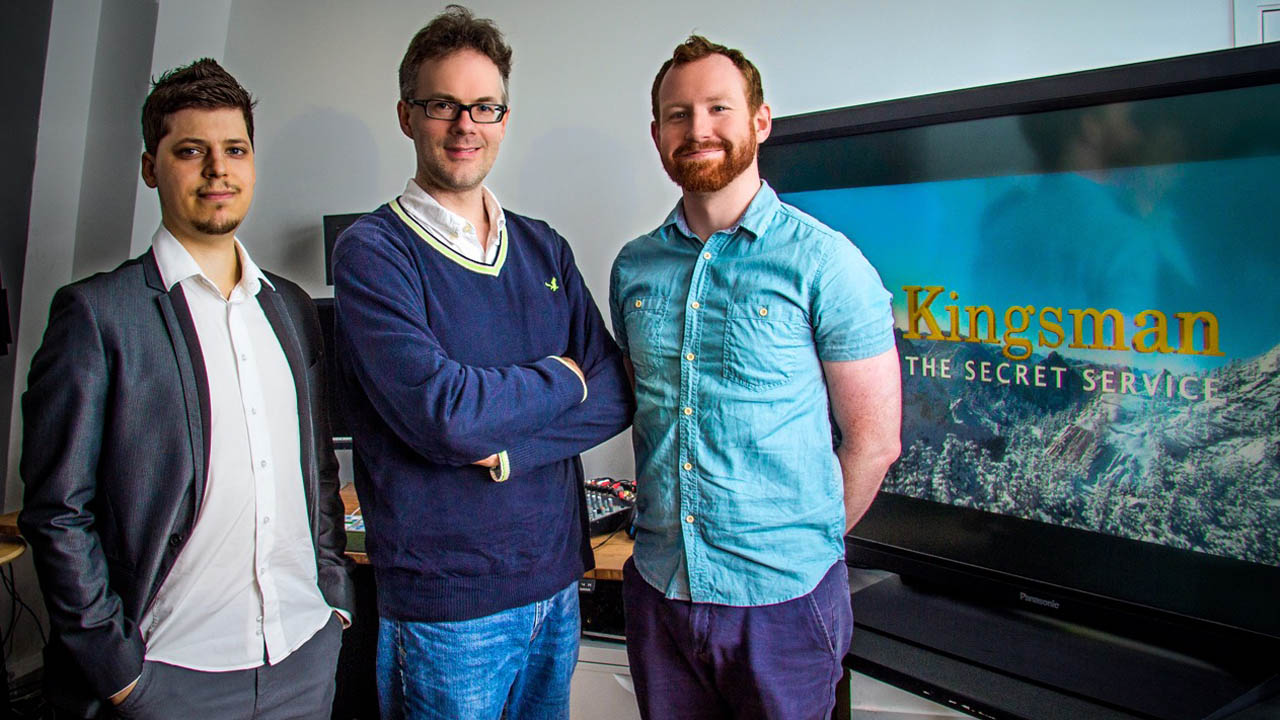 “I tend to add burn-ins to my own version of the cut which runs alongside the editor’s cut. Once the editor and director approve shots, I’ll cut them into the editor’s reel. What Eddie and I try to do is provide each other with as much information as possible, so I always cut-in the main plate of a shot back into his editor’s cut on the very top track. These plates have handles; that way, Eddie knows that if he extends a shot and it doesn’t extend any further, then that the shot would require rescanning, meaning we can initiate this process much quicker than waiting for the VFX cut to be updated accordingly. It might only save a few hours, but it’s still a good way to stay on top of things.” 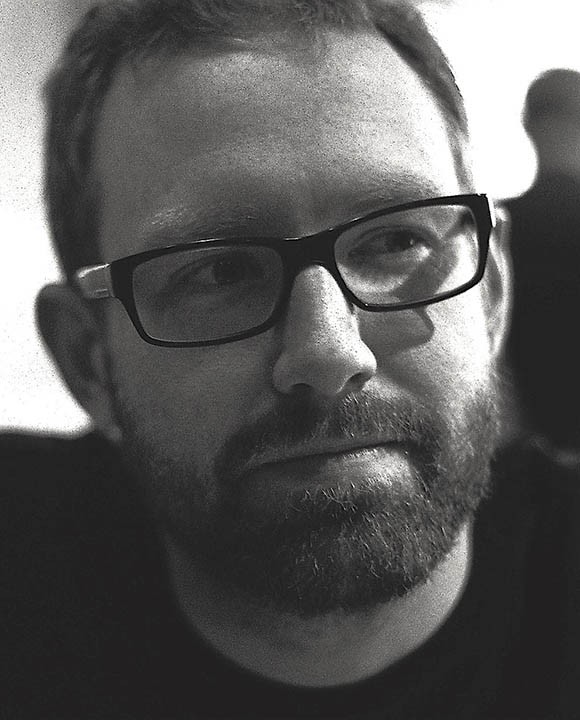 “Editing is an invisible art. I like being able to draw a line under the day and knowing that the work I have done has helped someone out, whether they know it or not.”

For Ben, one of the biggest challenges to work on as a VFX editor was the Church Sequence in Kingsman: The Secret Service. “It’s fast paced, high-octane, balls to the wall action, all filmed to look like it’s one continuous shot lasting around 4 minutes. There are lots of speed ramps and frame cuts to speed up and slow down the action where the beats needed to hit. It’s truly an amazing piece of editing on Eddie’s part. With the sequence being made to look like one continuous shot also meant that there’s a ton of hidden edits. Usually you would treat visual effect shots on an individual basis: even when they merge into each other, they are treated as one shot. This, however, was a completely different beast; it required us to merge over 100 shots into one. The Church Sequence later became three separate shots, as cutaways were introduced between each chunk for storytelling purposes.

Trying to convey speed changes and frame cut information to a remote vendor can sometimes prove tricky, even more so when you have so many shots becoming one shot. I worked closely with the very talented VFX production manager David Mason, not to mentionâ¯Marc Jouvenau and Tristan Fisher of Prime Focus to ensure all information was translated accurately in order to complete the scene.”

Timeline of Reel 5 of Kingsman: The Secret Service

“It appears that VFX editorial teams today are getting larger, and I think that in the more VFX intensive shows they may even begin to outnumber the editorial team. We had a large editorial team all of whom were extremely talented. Tamsin, Tom, Rachel, Simon and Dan all helped out with the VFX editorial side of things and when I was swamped to help clear the decks ready for the preview.â¯All in all with influx of completely digital workflows, more and more flexibility is being introduced, which is a very good thing. The cameras are getting more advanced, and shooting at larger resolutions gives VFX and editorial teams the chance to change the framing of shots, as well as create elements from parts of shots that would usually be too pixelated to blow up. These technical evolutions are helping the creative process to bring the audience closer to the story than ever before. In terms of workflow; embedded metadata, faster processing and technology in general is allowing multiple users to access all the information of a shot more efficiently, and consequently, more time is spent focusing on the aspects of making great shows even better.”

“It makes post production much easier if there’s time to test workflows and applications. In the long run this saves time and money, which in film production tend to be key.”

Ben works on both Mac and Windows, and as a matter of fact, he really doesn’t have a favorite. “I’m ambidextrous! I am currently using an iMac on the movie Pan, I used a PC on Kingsman: The Secret Service, and at home I use a PC and an iMac. At home I’m running version 8.4â¯of Media Composer, where as for Pan we were working with version 7.0.2. Forâ¯Eddie The Eagle we decidedâ¯to upgrade toâ¯Media Composerâ¯8.4.â¯I tend to use the latest version at home to try out new features and experiment when cutting short projects beforeâ¯implementingâ¯a newer version as an assistant on a larger project. 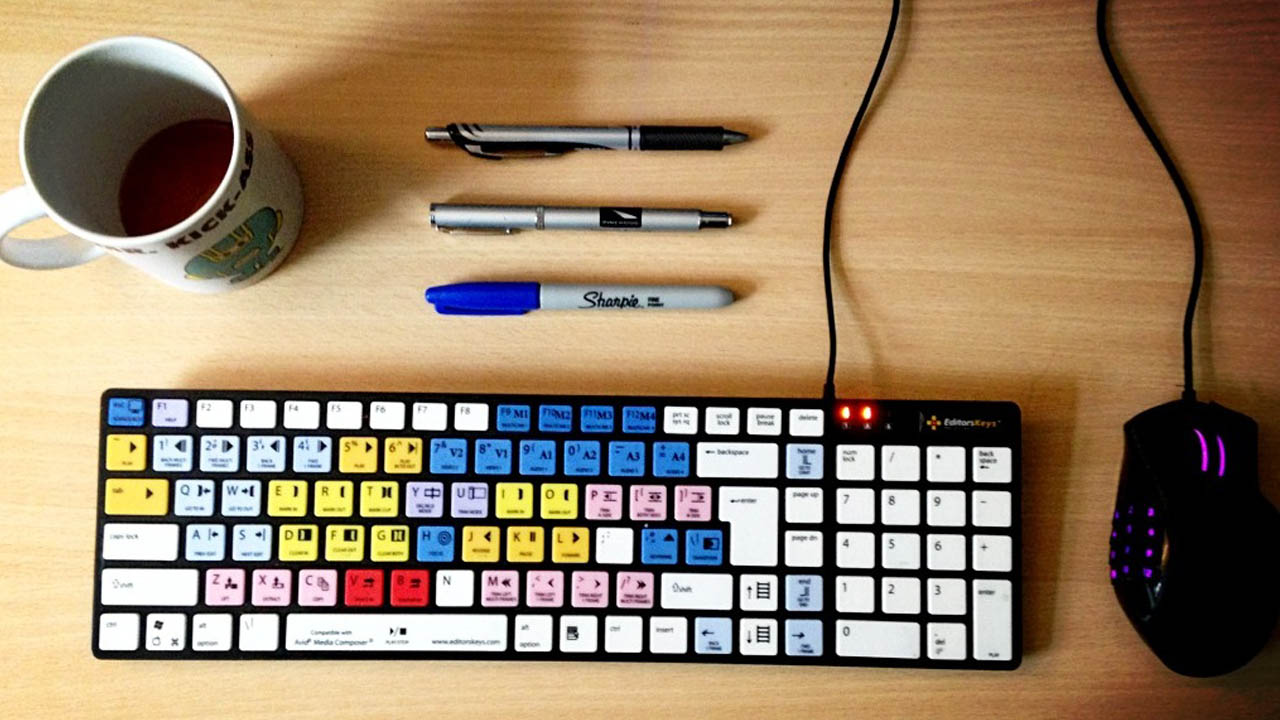 “As for the shortcuts mapped to my keyboard; I reassign most of the Function keys to tools like Subclip, AutoSync, Add Keyframe, and Find Bin to my Tab button. I also remap the N and H keys to ‘More Detail’ and ‘Less Detail’ for zooming in and out of the timeline. I then map these keys to the scroll wheel on my gaming mouse. I’m sure the frequent Avid Blogs reader has guessed it’s a Razer Naga, as Eddie Hamilton mentioned in his previous Avid talks. I have a mouse button layout for syncing, one for cutting and one for Effects mode. Talking about effects; Animatte, Spectramatte and 3D Warp get used a lot. If a shot is reframed (resized, repositioned), that will usually be done by the editor, but when temping up shots, inserting green screens, removing elements, and creating elements those 3 effects are crucial to me â¯in my Avid! I couldn’t work without them!” 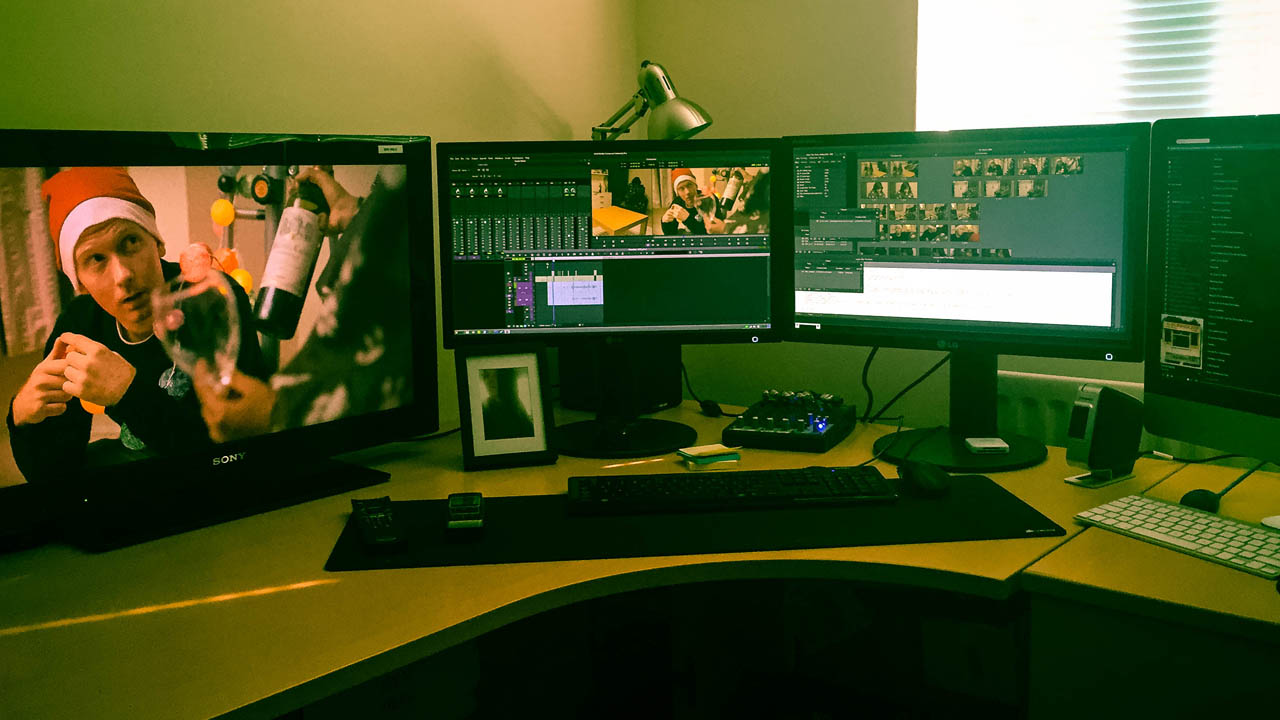 “There are always new things in Avid to learn; new features and tricks (even really old features) that you use from time to time. I recently just found out about double-clicking the Time Code (TC) part of the timeline to unlock all tracks!”

“When I go out to see a movie, it’s difficult to watch it as a ‘non-editor’. Actually, it really depends on the frame of mind and the work I’m doing. If I’m cutting around the same time I watch another movie, I really notice cuts, changes and timings, and take a lot of that on board for my own work. When I’m VFX editing, I tend to break down VFX shots more, while if I’m assisting, I’ll notice things a lot less and just let the technical stuff wash over me. My wife, Kristie, also works in the movie industry, as a prosthetic make-up artist, so we can be quite an analytical pair at times!”

Get Your Free 30-Day Trial