A few years back, I had the pleasure of helping a new client migrate a hit series from one post-production facility to another. The facility names aren’t important to this story—we can call them A and B. They are both fantastic post houses with incredibly talented people that just happen to work in two (or three) very different ways. For the sake of transparency, at the time, I was working at facility B.

Moving a show from one facility to another is never a simple task no matter what the reason. From dailies and LUTs, to main title animations and stock footage elements, there are so many assets that are accumulated over many seasons that are required for the successful completion of each episode. The average viewers are blissfully unaware of the amount of effort that goes into successfully completing an episode of their favorite show. All the audience wants to know is that the next episode is available to watch when it’s supposed to be. It takes a village to make that happen. A well-planned workflow ensures that you never miss an airdate and disappoint your audience. I have always tackled my workflows backwards. As my boss puts it, I like to read the end of the story first. I don’t care that the butler did it—I want to figure out what steps he took to plan it. When applying that logic (or lack thereof) to post-production, it does not matter what happened during production—I can’t do anything about that part anymore, especially when stepping into the middle of an established process. What matters most to me is what the final assets are and how they must be delivered to the studio. Once we have clarity on the studio deliverables, then we can circle back to the beginning and go step by step to come up with options to satisfy the studio requirements within a reasonable financial and time budget for the client.

“Your workflows are literally costing me money!”

The first thing you want to do with any new client is make them feel comfortable and secure in the fact that you will not allow anything to interfere with the success of their project. They need to be involved in every decision made and be confident in each member of the team that is doing the work. This project arrived with a less-than-typical turnaround time of one week from picture lock to air per episode. It was being edited and graded on one platform at its former facility, but that wasn’t a service or product that I felt would be most efficient for this project. I wanted to introduce this client to a process that we utilized with great success for the majority of our episodic titles, without giving them anxiety about missing a delivery. After some back and forth, we agreed to use our recommended process and parallel it with their former process. Spoiler alert, ours was better…

After delivering three episodes, I caught up with the producer in the edit bay. “Your workflows are literally costing me money!” I could feel the color leaving my face as I mentally scanned for what could be wrong. Did we forget something? Did I mislead them in any way? Was there an error in the delivery file? The producer smiled and said, “I have not been able to earn any overtime or weekend pay since we came to this facility and started on this workflow.” I wasn’t sure if that was good or bad. They assured that it was good, really good!

“Faster is not always better.”

This show was being shot on Sony cameras in a compressed file format. There wasn’t anything out of the ordinary about the process. Dailies were created as DNxHD36 with CDL values, a show LUT and sync sound. The media was binned and sent to the edit bay where the edit staff loaded them onto their Avid NEXIS storage for use in Avid Media Composer. The only uncommon thing about their workflow was that there were two versions of each episode being edited just slightly differently from each other. One version was aired on local networks, and the other version was streamed a few days later. Once picture was locked, a bin, file32 edl, and reference picture were sent to their facility for online. Facility “A” used various applications to online each episode. They were utilizing all of their resources on various platforms to ensure that they could complete each episode in time for air. Given the short turnaround and high shooting ratios, sometimes the episodes were being uploaded to the network the same day that it aired!

When this series arrived at our facility, we minimized the amount of system it touched for edit, color, VFX, and titling. We improved on the process by performing the online in Media Composer. Since it was cut on Media Composer, all of the work put in by the editorial team came across in the bin. The producers couldn’t believe that their online was complete in less than eight hours. This was roughly 12 hours less than their previous facility. I remember one of the producers saying, “Faster is not always better.” They were so skeptical about the accuracy of the online that they insisted to check each and every edit against the reference file, not once, but twice!

“This is costing us extra right?”

Nope. An efficient workflow is one of the few exceptions where you can select all three items from the triangle. A well planned-out workflow is, in fact, good, fast, and cost effective (not cheap)! By utilizing the same toolset that the craft editor used to tell the story, we ensure that every single frame is properly represented in the online at full resolution and bit depth. The Sony codec that was used for this particular production is natively recognized by Media Composer, and since the dailies operators included all the relevant metadata in the bin columns, relinking to source camera files was quick. Media Composer’s color management supports Sony’s S-LOG 3 / S-Gamut 3.cine. The editor is able to use the native camera files and maintain all the available dynamic range. This process is critical to color whether grading in Symphony or handing off to a standalone color tool. Additionally, applying CDL’s or a LOG to Rec709 for reviews and check files is also very easy in Media Composer. We make it easy to work in industry standards such as ACES when required, and we include various transforms in “Source Settings” to support all of the popular camera LOG encodings. You can even import your own project-specific LUTs if needed.

The entire process was perfectly orchestrated and conducted by the lead editor, colorists, and in-house producer. They all worked together in perfect sync to deliver on time and on budget. The producers of the show were incredibly impressed by the efficiencies they gained along the way. This workflow only required them to be present in three sessions: edit, color, and QC. After completing the grade, they could focus on dropping in completed visual effects and titling the show. All of this was made possible by introducing Media Composer into the workflow. The production team had more time on their hands to work with a cushion and enjoy their personal life—albeit with a little less overtime pocket money to spend… 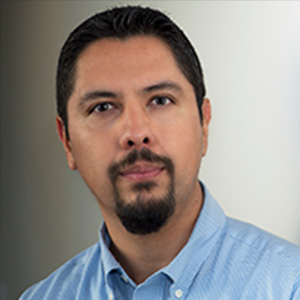