Media back-ups are boring. Let’s be honest about it. There is nothing sexy about making sure that your files are protected and kept safe in a second (or even third) place just in case something goes down. I mean, no-one likes paying for insurance, right? That is, until you need it. Then a back-up is what gets you out of production jail.

Redundancy and resilience are routinely factored into media production workflows. Storage, such as Avid NEXIS, which has different layers of protection – ranging from single disk protection all the way up to full media mirroring is one element - along with having no single point of failure.

Other solutions, such as MediaCentral | Production Management come with clustered configurations so that in the event of a major failure, the system fails over to a second server and production can continue, almost uninterrupted.

But there are always scenarios which can occur unexpectedly. And if suddenly your media production system is no longer available, the consequences can be serious.

Regis Andre, Avid’s Senior Director of Product Management, said, “There is always a risk in production if your media and metadata is not back-up in a secure and efficient manner. Security of content is a major concern of many broadcasters and it is important they have systems in place to mitigate that risk, as the consequences can be serious.”

For news organisations delivering content 24/7, down time is not an option. But also for productions, the costs of a loss of access to content, or a loss of content altogether can have major implications.

On the one hand, you have the immediate prospect of cost overruns as the editing, logging and reviewing part of your workflow comes to a complete halt while your engineers try to fix the problem.

Then you have the prospect of the production over-running, further increasing your costs as you need to keep people on the payroll for longer than planned. In the worst-case scenario, you may need to go and re-shoot your material, building in more cost and further delays to the overall schedule.

While all of this sounds like a doomsday scenario and one which is unlikely, there is no doubt that events of the past year or so have prompted broadcast organisations to look again at their disaster recovery and business continuity plans. None of these plans can be studied in isolation of course and a holistic approach must be adopted. But as part of that approach, it is important to factor in the importance an integrated solution, and one which is backed by a global support network 24/7 365 days a year, can bring.

Avid’s MediaCentral | Production Management systems (formerly known as Interplay) are deployed in more than two thousand sites worldwide, providing the backbone for some of the best-known soap operas, news shows, entertainment shows and live sports events every day of the year.

And now those sites can benefit from a new solution, just launched by Avid, which provides an important component in an overall Business Continuity or Disaster Recovery scenario.

Regis Andre continued, “We see the introduction of MediaCentral | Sync as further strengthening our overall solution by providing an integrated back-up solution which our customers can benefit from immediately. It is flexible, fast and gives editorial team confidence that their production will proceed without any interruption, even if things go wrong elsewhere.”

Fully integrated with MediaCentral | Production Management and Avid NEXIS, it enables up to eight on-premises systems to sync together and automatically replicate assets between them. Any system can be the backup of another, protecting against storage and database loss.

System Administrators can dictate what media and metadata get backed up—as well as when, where, and how often — using the administration console of MediaCentral | Sync, providing the production team with peace of mind that their work is being saved to a second system, just in case the worst happens.

We all hope the worst will never happen, but if it does MediaCentral | Sync can help make sure your production does not stop when disaster strikes. 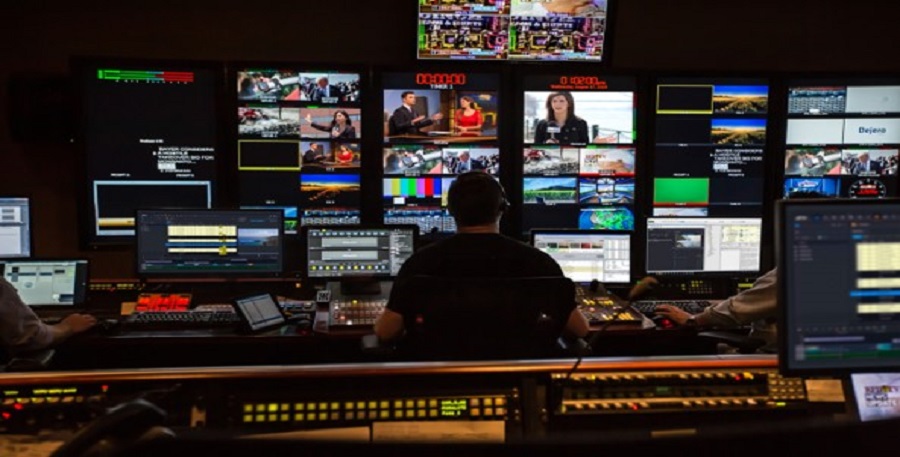 Craig Wilson
Craig Wilson is a newsroom specialist with over thirty years of experience in the broadcast industry. Craig has held various roles with Avid and is now the Global Broadcast and Media Product Evangelist and host of the Making the Media podcast.