What Is Media Mirroring and How Can It Protect Broadcast Workflows?

News breaks, and the newsroom goes into high alert. Everyone wants to beat the competition with a rich, well-reported story. The pressure is exhilarating—but tight deadlines mixed with failures in storage solutions can turn pressure into panic and waste precious time. Failing to be first with the news isn't only a morale-breaker; it hurts the bottom line.

Any system can fail, but when your collaborative storage has issues, media mirroring can save the day.

What Happens When Collaborative Storage Has Issues?

Collaborative storage has changed how broadcast news works. When you have assets in constant use, it lets everyone work on the same files at the same time. Your team gets quick access to media assets no matter where they live—online, offline, nearline, in archive storage tiers, or in the cloud.

But your media storage isn't invulnerable; you may see a bad sector on a disk, multiple disk failures, or even complete engine failure. So what happens when you encounter a problem with storage? News doesn't stop breaking while broadcast engineering finds and fixes the issue. Plus, something doesn't necessarily need to be wrong with the system to muck up your deadline. When a lot of people are working on the same files on a system that is not optimized for media production, the traffic alone can bog things down. Waiting for clips to load and play is time you can't afford to lose when you're working on a tight deadline.

When downtime isn't an option, digital media protection lends a hand. The best form of protection is redundancy—storing the same piece of data in two or more separate places. If a file isn't available in one place for whatever reason, you always have an alternative.

There are several ways to create redundancy, but mirroring is the highest form. Rather than copying files to back them up, mirroring recreates everything on a computer or system. It produces an exact copy of files, applications, preferences, and the operating system itself. If the system crashes, it can be instantly restored, exactly as it was.

For news organizations, a more targeted form of mirroring might make sense: media mirroring, which is specifically designed for digital media protection. Essentially, it acts as insurance for your media assets. Most enterprise backup systems use mirroring to rebuild the entire disk. A "media-aware" system protects only the main copies of media files, saving time on the return to a fully protected state.

Media mirroring means always having a backup instantly available. If the disk where the media asset you need gets corrupted in one location, it's available in the mirror. If an editor is playing a timeline and a failure happens, it switches automatically to the mirrored media with no interruption. For mirrored systems that allow you to set a "due time" for media requests from the client—usually measured in milliseconds—that switchover will be imperceptible to the end user. Your team gets to keep working no matter what's going on with the network. With full system media mirroring designed for always-on media operations, even in the unlikely event of multiple, simultaneous disk failures or even complete engine failure, news production goes on.

Knowing you won't lose access to media in the middle of a fast turnaround is itself a boon. But aside from performance, capacity, and scalability—which are important in any storage solution—a couple of nuanced points can finetune a mirrored storage system for your specific needs.

The ultimate level of media protection is an all-mirror system, which duplicates the media files to ensure they will be available always, even if an entire engine suffers a failure. The tradeoff for this level of protection is that it doubles your overall storage needs—which may well be worth it for many organizations. For those who can't make that tradeoff, workspace-level mirroring can offer a solution. Mirroring at the individual workspace level provides a similar level of backup protection—but only for the files being stored on that specific workspace.

Workspace-level mirroring allows organizations to tailor protections for different teams and save on storage space. For example, assets that are not critical or are backed up elsewhere can be kept on a non-mirrored workspace. Meanwhile, assets in constant use or that are required for broadcast deliverables can be placed into workspaces with single-disk or dual-disk protection, depending on the level of protection you want to apply. Files on these workspaces remain available even if one or two disk failures occur. The key thing is that you choose the level you want to set.

Media mirroring is an investment in risk mitigation. Figuring out the best ways to keep media safe and available takes some research, but if it's your job to keep media—the lifeblood of your newsroom—safe, then that's time well spent.

The most comprehensive tiered storage solution for mission-critical media production—configurable to meet any need. 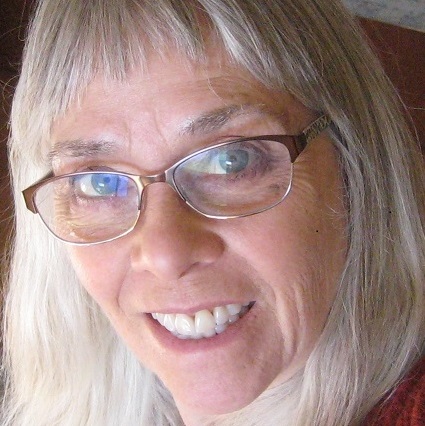