Avid Media Composer is a Star at ACE EditFest Global 2022

Hundreds of veteran, next gen film and TV editors, and other industry professionals, recently gathered in-person at Disney Studios, in Burbank and online, for EditFest Global 2022, put on by American Cinema Editors (ACE). Co-sponsored by Avid, this was the first time the event was also livestreamed, enabling worldwide participation.

“ACE's EditFest Global showcases the talent of editors and the craft of editing. It helps to inspire and educate those interested in a career in editing or anyone who admires the craft of the invisible art of editing,” said Michael Krulik, Avid Product Marketing and Media Composer Evangelist, who moderated the event’s opening discussion, “Small Screen, Big Picture.”

Krulik’s panel featured expert editors Liza Cardinale, ACE (What We Do In the Shadows); Mary DeChambres, ACE (American Ninja Warrior, RuPaul’s Drag Race All Stars); Josh Earl, ACE (Obi-Wan Kenobi); Andrew S. Eisen, ACE (The Mandalorian); and Vikash Patel (Ozark). The editors gave an inside view of their work process, advice for those starting out, and their use of Media Composer.

“I can’t imagine using anything but Avid. There’s no other company that could handle 14 editors at one time,” DeChambres said.

“Avid has enhanced people’s ability to look beyond the temp stuff. I think it’s game changing. There are so many kinds of things you can do with it to enhance storytelling,” Earl remarked.

Attendees crowded Avid’s on-site booth on Saturday and virtual meeting room on Sunday to see demonstrations of the latest version of Media Composer, to ask questions, and share their experiences with the editing solution. Krulik highlighted ScriptSync and PhraseFind, two unique tools within Media Composer. 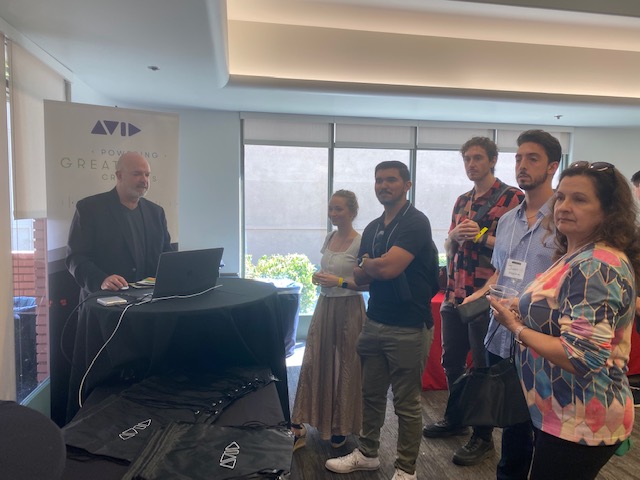 “With Media Composer, I can edit faster because of the keyboard shortcuts. I can meet deadlines and turnaround times faster. I didn’t even realize it. My producers noticed,” said Video Editor Luis Meza.

One Media Composer fan showed off his dedication to the prevailing industry editing tool, prominently tattooed on his hand. 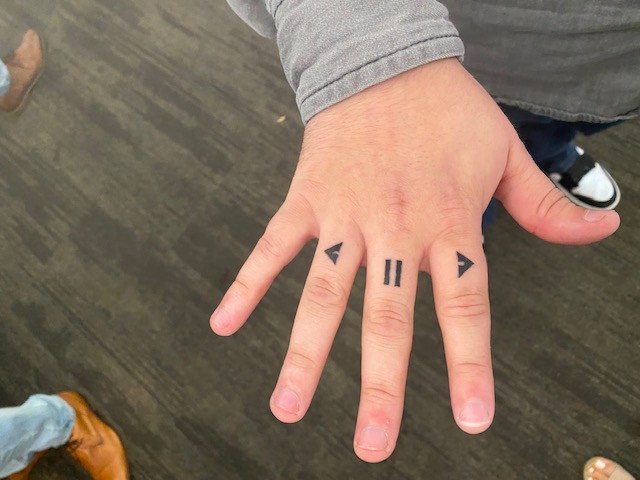 “We are aware that the majority of feature films and television shows are edited using Avid Media Composer but more importantly, we want to support ACE and the editors who craft the amazing content we have been watching at home and more recently, in theaters,“ Krulik said. "It was great to see such an overwhelming turnout for EditFest. I'm looking forward to next year. Thank you, ACE!"