How Millennials Get News: Insight for Broadcasters on Retaining This Demographic

If 2020 has taught any lesson, it’s to expect the unexpected. One of the more surprising changes broadcasters witnessed this spring was a shift in how millennials get news: this demographic, born between 1981 and 1996, is known for eschewing traditional news outlets in favor of online streaming and social media. But a funny thing happened on the way to COVID-19 self-quarantine—millennials started watching local TV news in droves.

A study from broadcaster TVB reported a huge jump in TV viewership among American adults aged 18-34 in March, April, May, and June, most notably during the evening news. In March, for example, the millennial audience for evening news was up 156 percent over the same month last year. By June, viewers were falling off, but those numbers were still up 89 percent over last year.

The surge in viewership has been a welcome development for broadcasters. However, millennials may return to their regular habits as COVID-19 restrictions lift and their workplaces and social hangouts are fully open again. Broadcasters will have to adopt new strategies to attract and keep the millennial audience—and this starts with understanding how, when, and where millennials want to receive information.

It’s no secret that millennials have turned their mobile devices into the modern Swiss Army knife. They use them for almost every aspect of life—communication, entertainment, shopping, dating. And two-thirds also list smartphones as the main way they access news, according to a 2019 Reuters Institute study.

The popularity of smartphones isn’t new: in fact, news organizations on the whole have made sure to take advantage of it. Most news outlets have developed apps that can send news alerts through push notifications to reach millennial audiences wherever and whenever they are. But engaging millennials means listening as well. BBC News, for example, uses the phone messaging service WhatsApp to solicit story ideas, get eyewitness accounts, and collect user-generated photos and video. We’ve seen similar engagement tactics from South Africa’s 24-hour broadcaster Newzroom Afrika.

Mobile devices are well-suited to video, which works in a broadcaster’s favor. But stories that display well on a big-screen TV don’t necessarily work on a smaller smartphone. Details might be hard to make out, for instance. Reporters can increase engagement by making small-screen content easier on the eyes, such as prioritizing close-ups in digital stories and encouraging editors to use larger font sizes for graphics. Some broadcasters, like Germany’s ARD, feature vertical videos on their news app to fit how most people hold their smartphones while they view content.

Mobile tech is woven into the very fabric of millennial life, and that means news is as well. While they scroll, the news is just as likely to find them as they are to seek it out.

According to a 2015 study by the American Press Institute, 88 percent of millennials say they get news regularly from Facebook, followed by YouTube (83 percent) and Instagram (50 percent). However, they tend to “encounter” news stories on social media sites rather than actively look for them. Young people also rely on news aggregators like Apple News and Flipboard to curate the news they want and get quick updates on what’s happening. While they do access news sites directly, they don’t have as much allegiance to a single brand as older generations. Instead, they prefer to pick and mix from multiple outlets.

Engaging this audience requires a multiplatform approach and a keen understanding of what kind of content works best on each platform. EzyInsights reports that BuzzFeed, one of the top publishers on Instagram, focuses on giving its young audience lighthearted, human interest stories covering pop culture and U.S. politics, which fits the overall environment of the app.

Part of the appeal of social media sites like Facebook and Twitter is the ability to follow individual journalists. This helps create the “personalized” connection many millennials gravitate toward. On-air personalities can leverage this by posting questions or polls about current topics or sharing behind-the-scenes stories and visuals to engage viewers directly.

Numerous studies point to the importance of visual storytelling. Part of this is purely a functional part of how millennials get news—often, it’s easier to watch a quick video on a smartphone than it is to read a long text article. Strong visuals also capture viewers’ attention (even with shrinking attention spans) in a saturated digital world. Visuals also make content highly shareable, a central activity on social media platforms.

The ability to create strong graphics is crucial to getting millennial viewers and keeping them. Childhoods spent alongside CGI-enhanced movies and video games have created a hunger for 3-D imagery and virtual and augmented reality.

Again, success involves tailoring content to the platform. Instagram is as much about developing a unique and consistent aesthetic as it is about dropping awe-inspiring photos. BuzzFeed has developed strong branding for itself with distinctive split-screen images topped by a three-line headline. Vox has won over the millennial audience with explainer videos that pair sophisticated animation with real-world video. Then, that hybrid is served up on YouTube, a platform millennials frequent for longer-form videos.

Millennials need and want reliable information, and they see local TV news as a trusted source. But keeping their confidence will require engaging on their terms. Embrace the strategies that simply work: a willingness to experiment, a way to measure results to see what sticks, and a robust media platform that can monetize and deliver content seamlessly to multiple destinations.

Break stories first across every audience channel, from anywhere, using any device. From story creation through content distribution, MediaCentral provides the most comprehensive end-to-end solution for news production. 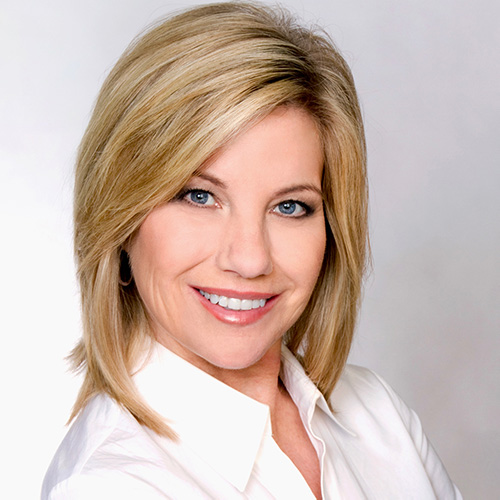