Embrace Avid Everywhere and the Avid MediaCentral platform by utilizing industry-leading solutions to enable networked connectivity between its broadcast sites.

The sky’s the limit

Al Jazeera English, the European headquarters of Al Jazeera Media Network, is approaching its one-year anniversary operating from the 16th floor of arguably London’s most iconic skyscraper, The Shard.

With an audience reach of 270 million households in 35 countries, broadcasting up to eight hours of news, current affairs, documentaries and children’s programming each day from a building built primarily for offices brought a unique set of challenges. Anil Chaman, Al Jazeera’s manager of technology for Europe, explains: “Broadcasting from what is currently the tallest building in the European Union, standing at 1,016 ft high, gives us tremendous, unparalleled, panoramic views of the London skyline, but required intricate planning and meticulous site tests.” 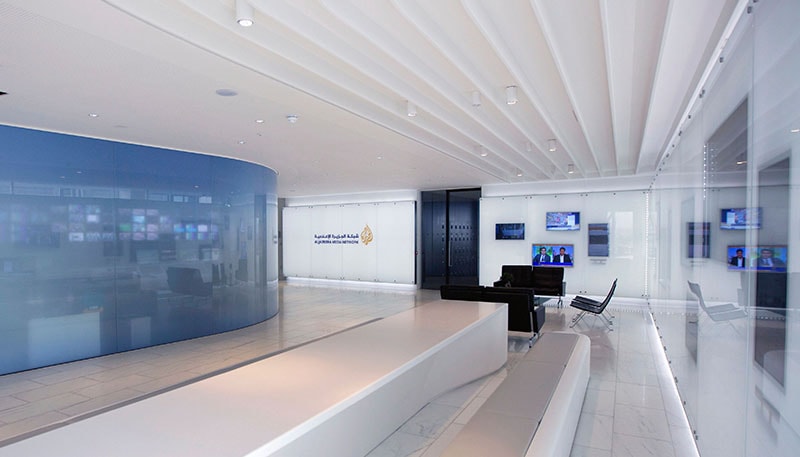 Crucial to the planning phase was assessing the angle that the sun entered the 16th floor during all seasons to ensure that the two TV studios wouldn’t be compromised by glaring sunlight while on air. Chaman continues, “We were fortunate to be given early access to the site and set up a time-lapse camera. With no furniture or internals walls constructed at this point, we captured a 24/7, 360-degree flow of light to ensure the studios would be positioned in the right place against the amazing backdrop of London’s skyline."

Turning up the innovation

Al Jazeera Media Network leads the way when it comes to innovation. Credited as the first broadcaster in the world to adopt a full file-based HD workflow back in November 2006, Chaman and his team adopted the same mantra when choosing a workflow for Al Jazeera’s new European base at The Shard. “The move out of the Knightsbridge facility gave the network an opportunity to assess how we’d share, access, store and distribute assets across our geographical regions. A definitive decision was made to put access to global assets and collaboration at the forefront of this project,” explains Chaman.

We wanted to be able to find and move content across global sites at the touch of a button, which we’ve definitely achieved with the Avid MediaCentral platform and third party solutions. 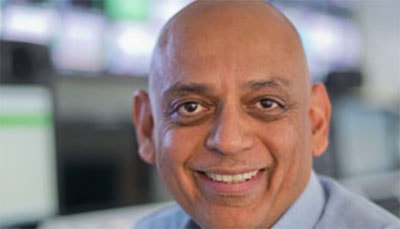 Wanting to create a unified user experience for accessing assets and collaborating across Al Jazeera Media Network’s sites in Doha, Qatar, the Balkans, and Washington, DC, in the USA, Chaman approached Avid Global Services. By realizing the benefits of Avid Everywhere through the adoption of the Avid MediaCentral platform, Al Jazeera English achieved a networked operation based on standardised metadata protocols. Access to the company’s global archive of assets is streamlined, making them visible for everyone, from ‘everywhere’. The design and delivery of the connected workflow was achieved in a tight turnaround time of 18 months.

“With Al Jazeera Media Network’s main global hubs connected via Avid workflows, we’re able to better access, repurpose and distribute our pool of global content. For example, if we’re compiling a story to be broadcast from London that’s already been covered in another territory, we simply use Avid Interplay | Production to pull the assets from our Avid | ISIS shared storage system, make any editorial and audio changes in Avid Media Composer, Avid Pro Tools and Avid S6—M10, and get the piece to air,” adds Chaman.

A replica control room and playout suite in The Shard also acts as the disaster recovery hub for the company’s Doha headquarters and keeps its channels on air should they go offline. “By working collaboratively in this way as a connected global network, our efficiency savings and productivity levels have met our expectations,” says Chaman.

Future-gazing in the field

With live evening-news output including Newshour and The Listening Post, Al Jazeera English’s 100 employees are kept busying researching, compiling and making programs. Having firmly established itself as one of The Shard’s anchor tenants, Al Jazeera English is beginning to see the benefits of its investment after a year. “We wanted to be able to find and move content across global sites at the touch of a button, which we’ve definitely achieved with the Avid MediaCentral platform and third party solutions,” concludes Chaman.