Meet the challenges of technology and media distribution, and ensure HBO has the post-production capacity it needs well into the future.

HBO is known for its unique promotions that build anticipation for upcoming programming, driving audiences to discover and consume HBO content. Fans have consumed the trailer for HBO’s final season of Game of Thrones, watching and re-watching the promo and sharing it across social media. They’ve logged tens of thousands of visits to HBO’s Game of Thrones microsite, obsessing over clues, and sharing theories in anticipation of the show’s final six episodes.

The promos are the work of HBO’s New York-based post-production teams. They edit the derivatives and promos to support HBO shows across all media distribution channels: linear, OTT, HBO NOW, and HBO GO. They also edit the Real Sports show and multiple HBO documentaries.

Behind the production team is Production Engineering which ensures editors have the tools and technology to keep pace with volumes of content, coming from multiple sources, and constrained by tight deadlines. Production Engineering supports all post-production workflows, from hardware to software to workflow deployment, for hundreds of HBO editors in New York City.

If we need to hire 20 more people tomorrow and they each need a Media Composer | Ultimate system, we just spin up those 20 systems in about 4 minutes. In the past, that would have been a three to four-week process based on lead time from vendors.

“Promotions are critical to the success of HBO programming. Our production teams create an enormous number of media assets, within very tight schedules, to promote each series. Our Production Engineering team needs to be able to rapidly spin up the number of Avid Media Composer | Ultimate video editing systems required to support the workload,” states Hugues Dalton, Director of Production Engineering.

More editors, more content, and a growing range of sources

Today, the post-production group turns over a thousand promos a week—a number expected to grow exponentially as HBO begins editing material for all of WarnerMedia’s direct-to-consumer, broadcast, and social media platforms. The production teams receive large quantities of content from various shows. “We need to support just about every camera manufacturer today, shooting at 4K, 6K, and 8K,” explains Dalton. “That is the biggest workflow challenge we have. How do we address the amount of content we get, and how do we get it into the system faster so people can start editing? Because everybody wants everything instantaneously.”

Adding to the technical complexity, HBO recently consolidated its post-production teams from three separate New York facilities into its new state-of-the-art headquarters in Hudson Yards. Previously, editors had their own office with a computer connected back to the core, and the output of their Media Composer | Ultimate went to a big screen TV. With the consolidation, the editors’ physical workspace is more limited. “We have more people trying to do more work in a physically confined space,” explains Dalton. 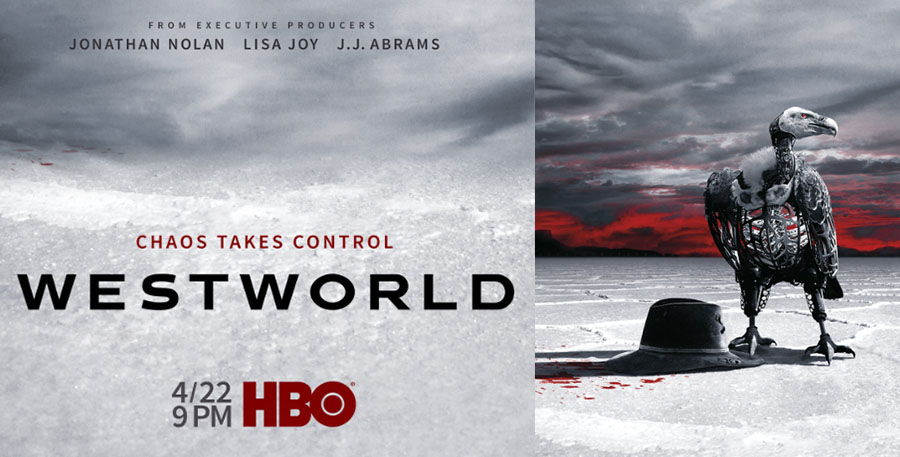 “We had to rethink the way we were going to be working, to deliver the same editing functionality with a smaller footprint,” continues Dalton. “We needed to be able to meet the challenges technology and media distribution are bringing to the table, and make it fit in a smaller, cheaper, and more effective package.”

Dalton saw an opportunity to innovate and redefine HBO’s finishing workflows to ensure HBO had the capacity it would need well into the future. He worked with Avid to define a virtualization strategy that allows HBO to have 500 virtual desktops in its New York office.

When HBO first began planning its move to Hudson Yards, the thought process was to duplicate the existing production environment—one workstation per user, per space. “We started looking at other options that would be easier and more cost effective to deploy than our current model,” states Dalton.

“Early on, we realized virtualization was going to work for us, not just on-prem, but also off-prem, giving remote users the exact same Avid experience as if they were working at Hudson Yards. With security being critical in our environment, two factor authentication was deployed to our VDIs (Virtual Desktop Infrastructure), adding an enhanced layer of protection without compromising the editors’ ability to creatively work.”

The first phase in HBO’s implementation was Avid MediaCentral | Asset Management. “That was very successful. So, we took it to the next level, which was virtualizing our Media Composer | Ultimate systems,” explains Dalton. “We worked with Avid on-site for a couple of weeks and shared what we were seeing. It was an excellent collaboration.”

Most of HBO’s production engineers are former editors: they understand the type of performance virtualized systems should have in terms of feel and responsiveness. HBO spent five months testing, improving and tweaking the environment. Once they matched the performance of the VDIs to the workstations, they turned the project over to HBO’s operations group for testing. “We gave a system to one of our lead editors, and his immediate response was, I forgot I was on the VDI,” states Dalton. “At that point, we knew we had succeeded.”

Early on, we realized virtualization was going to work for us, not just on-prem, but also off-prem, giving remote users the exact same Avid experience as if they were working at Hudson Yards.

“On day one at Hudson Yards, we’ll be supporting all 500 VDIs,” declares Dalton. “In a matter of minutes, we can spin up hundreds of editors to work on promotional pieces for all media distribution outlets. And, when the push is over, we can spool down our excess systems,” explains Dalton.

Dalton notes, with virtualization there is no cap on the number of promos they can produce. “With our ability to virtualize editing systems, we can accommodate a larger number of editors, as we expect the number of finished pieces will increase dramatically. Virtualization also is enabling HBO to expand editing capacity off-site, and, for the first time, an external New York-based post-production house is editing some promos for HBO, using virtualized Media Composer | Ultimate systems.

“If we need to hire 20 more people tomorrow and they each need a Media Composer | Ultimate system, we just spin up those 20 systems in about 4 minutes. In the past, that would have been a three to four-week process based on lead time from vendors.”

The direct result of virtualization is a smaller technical footprint. “We’re saving room in our server rooms. It’s cheaper on power. It’s cheaper on cooling. And, we have higher density. So, today we’re able to put ten workstations into one 4RU server versus 100 RU’s worth of gear under the old model. With virtualization and unlimited Media Composer | Ultimate licenses, we are more efficient and can better serve and support our clients,” concludes Dalton.