Avid Delivers a New Look to a Legend for Houdini

Overcome time and distance between Budapest and Los Angeles to create a collaborative editing environment.

No magic tricks were performed during the edit of Houdini, the two-part History Channel mini-series. Instead, the four-hour production from A&E Television Networks and Lionsgate Television called for editor Sabrina Plisco, ACE, to apply her practical skills, a creative mindset and Avid Everywhere to tell a well-known story in a very different way.

Starring Adrien Brody as the celebrated illusionist and escape artist, Harry Houdini, the mini-series shows the real man behind the legend who took the world by storm in the early 20th century. Houdini was directed by Uli Edel, written by Nicolas Meyer and shot over a 45-day period in Budapest, Houdini’s birthplace. 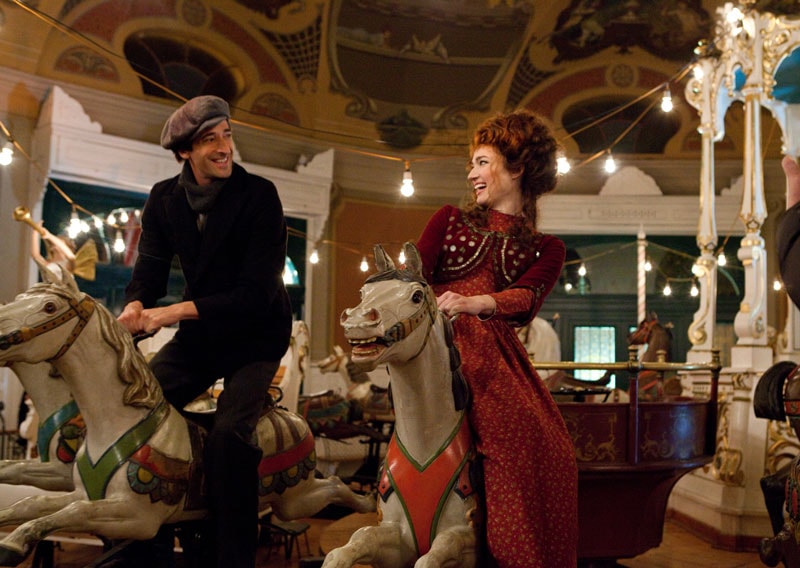 Plisco remained in the U.S. during production, where she established a collaborative editorial environment based on the Avid Artist Suite and Avid shared storage solutions, all powered by the Avid MediaCentral platform, to meet the demands of an accelerated schedule. Her editorial team set up shop at EPS-Cineworks in Studio City, California, which furnished multiple Avid Media Composersuites, including a laptop-based system for exporting files. An Avid ISIS share storage system at the facility was partitioned to make files available to Plisco, co-editor David Beatty, assistant editor Jered Zalman and a second assistant Paul Alderman who joined later to help with turnovers and VFX.

An “Avid fan from the beginning,” Plisco recalls working on a TV movie with Avid 3-gig shuttle drives in the early 1990s. “I’ve been cutting on Avid since it first came out,” she says.

Houdini was shot with ARRI ALEXA cameras on location in Budapest. ARRIRAW files were sent digitally by the film’s data wrangler to EPS where Valman prepared dailies every morning and prepped scenes for Plisco to cut. Plisco is no stranger to file-based shows, having cut both films in the Smurfs franchise, which were shot with Panavision Genesis and Sony F55 4K cameras.

Houdini followed a “pretty typical” workflow, says Plisco. “We used a DAX file-sharing system so executives in Budapest could watch dailies, and we shipped QuickTimes to the director as needed. Distance and time zones were a bit challenging, but Uli would check in with me at the end of a long shooting day. Generally, though, he gave us free rein to experiment and play.”

I’ve been cutting on Avid since it first came out.

She notes that Media Composer’s data management capabilities were “extremely important” to a project spanning thousands of miles. “Data management is the key to making a project successful, especially when you’re getting files from Europe and have to make sure everything translates.” Keeping track of extensive VFX shots called for careful data management. “We brought in a second assistant to deal with the crunch of VFX data,” she says. “By the end we were reviewing VFX every day to hit the deadline.”

As the edit progressed, the team provided the director with a “roadmap” of insert shots they needed to complete scenes—often transition elements such as a burning candle or the glowing end of a cigarette butt. “It was mostly a list of details,” says Plisco. “We shot some ourselves with a low-resolution camera to use as placeholders in the edit.”

David Beatty also mocked up a number of transitional VFX shots such as animated maps which were then turned over to Sean Farrow on location with the production. CineSync sessions and Skype calls looped in editorial for VFX meetings and reviews.

[Media Composer’s] data management capability is the key to making a project successful, especially when you’re getting files from Europe and have to make sure everything translates.

Giving a legend a new look

The director, producers and network all had “a strong vision” of the Houdini they wanted to present to a contemporary audience. “Part of my challenge was to make Houdini not feel old-fashioned, to give the show a more modern feel for younger viewers who may not know who Houdini was,” says Plisco. “This Houdini was more of a psychological thriller. So we used jump cutting , stylized edits and contemporary sound and music to give an edginess to a classic story.”

When everyone wanted an even darker and grittier look to capture “the feeling that viewers were part of the scenes, right there with the characters and even inside Houdini’s head,” Plisco decided to apply a hand-held feel, shot by shot, to the smooth and elegant period cinematography. “We took existing footage where we liked the movement or we used our iPhone to shoot a piece of footage with subtle motion,” she says. “Then we used Avid’s motion tracking tool to grab the tracking marks off the footage and applied it shot by shot to our edit on the timeline. We developed a stockpile of different moves we could apply.” 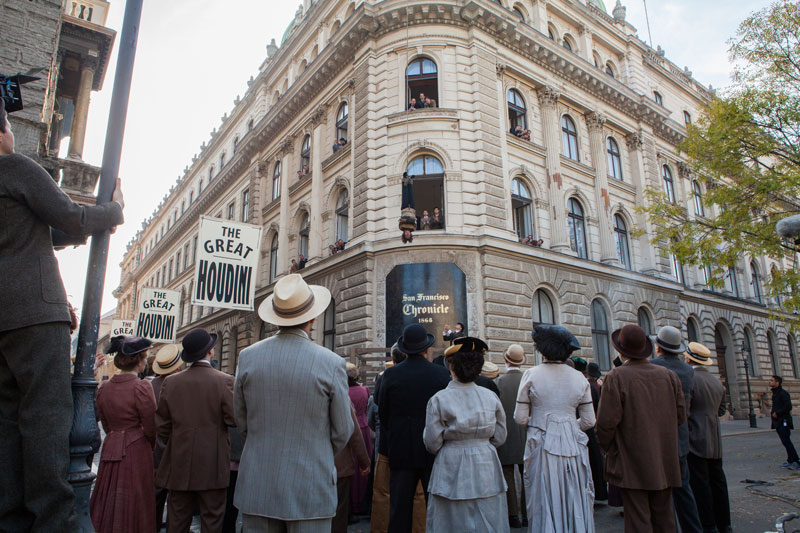 Using this technique to add a hand-held feel to 80 percent of the mini-series’ photography was “a huge task to ask of the Avid,” Plisco notes. But Media Composer rose to the challenge. “The hand-held look gave the show that extra edge—it made people feel like they were not observers but part of the movie,” she says.

Following through for a strong finish

Plisco creatively managed Houdini’s post-production working with co-producer Karen Mayeda to oversee the color, and conform at MTI Film. “We contributed to the look of the color in Avid for the initial screenings, but to get as far as the network wanted to go MTI colorist Jeremy Sawyer really pushed things for a very moody look,” says Plisco. The conform was made more complex than usual by all the tracking information that had been applied shot by shot in the edit.

Plisco also had to create an international version of Houdini, adding 16 more minutes of material to meet time requirements for international sales. “I added footage we had taken out of the domestic broadcast, then that had to be scored, mixed and conformed.”

Plisco says, “I continue to rely on my Avid equipment to offer the technical savvy needed to survive the challenge of complicated shows such as Houdini. In our industry we never know what obstacles will be thrown at us on any given day. It’s nice to know that I won’t have to worry about my equipment and software but instead can spend my energy on the creative side of my job as an editor.”