Tom Marks has mixed feature films, theatrical trailers, TV programs, games, VR media, webisodes, and film scores.He has worked in many current and emerging audio formats, including 5.1, 7.1, Stereo, Dolby Atmos, Auro-3D, IMAX, and IMAX 12.Prior to moving to Los Angeles in 2003, Tom worked in television and music while living in Illinois and Florida.I talked to him about his role as the re-recording mixer on season two of the Netflix series Sense8.

Wholegrain Digital Systems (WDS): Sense8 credits many shooting locations all over the world.Even if the crew is the same everywhere, the audio characteristics of the locations will vary.What is your role in turning these sources into a single soundtrack?

Tom Marks (TM): Our dialogue editorial department will go though all the takes and mics to help solve on-set issues.Then itâs my job as the re-recording mixer to smooth out all the angles, cuts, and scenes.

WDS: What do you mean by angles?

TM: Itâs a film term used in reference to different camera angles.Once a scene is cut together picture-wise, there can be a lot of variation in dialogueâlevel, tone, noiseâfor example, when the audio cuts from a boom mic to a lav.Using volume, filtering, EQ, noise reduction, and other tools, I smooth out the cuts so the dialogue is consistent.

WDS: Sense8 has a large principal cast.I assume sometimes there are not enough boom microphones to go around for ensemble scenes.How often is the cast outfitted with lavs?

TM: Thereâs mostly one boom mic, occasionally two.When shooting with at least three cameras, it can be difficult for the boom mic to get close, so actors are usually wired with lavs but not all the time.Some action scenes only had one boom mic placed far away, so the fight efforts had to be looped.

WDS: How often will lav signals pick up clothes rubbing and other unintended sounds?

TM: Quite a lot.Thatâs where dialogue editing is crucial.The editors will remove unnecessary sounds between words or use dialogue alts/ADR for certain syllables.In my dialogue predub, Iâll continue to work on these problem areas using iZotope RX6 Advanced.

WDS: Do you wind up processing dialogue more than other elements when mixing?

TM: Every show is different as far as the work involved, but generally speaking, dialogue takes more time.In the schedule, we start off with a dialogue predub to build the rest of the show around cleaned up material.

WDS: What is the target channel configuration for the Sense8 mix?

TM: Netflixâs delivery spec calls for a 5.1 surround and 2.0 LtRt mix.The stereo is a downmix of the surround using Neyrinckâs SoundCode LtRt Tools.We have a Pro Tools rig dedicated to recording all the deliverables.We use Dolbyâs Media Meter plugin to ensure we meet Netflixâs loudness requirements.

WDS: In Sense8, are the surround channels used for ambience, spatial cues, or something dependent on context?

WDS: The Sense8 Christmas special includes a comissioned recording of Leonard Cohenâs Hallelujah featuring Daniel Martin Moore and the Apollo Chorus of Chicago.How many microphones were used on this large choir?

TM: The choir formed a circle around the conductor, and one of the engineers, Mike Tholen, used his two Lucas mics in the middle, with X-Y mics above them.There were also two wide mics with two more in the balcony, so 8 total.

WDS: Was the choir recorded in a studio, soundstage, or a naturally reverberant space?

TM: The choir, piano, and acoustic guitar were recorded at Gottlieb Hall within the Merit School of Music in Chicago.

WDS: Did you emphasize stereo aspects of the choral mix to clear more space for the lead vocal and instruments?

TM: The lead vocal was recorded (close-miced) at Daniel Martin Mooreâs studio, while the choir was recorded with the roomâs natural acoustics.So most of the separation resulted from the recording. 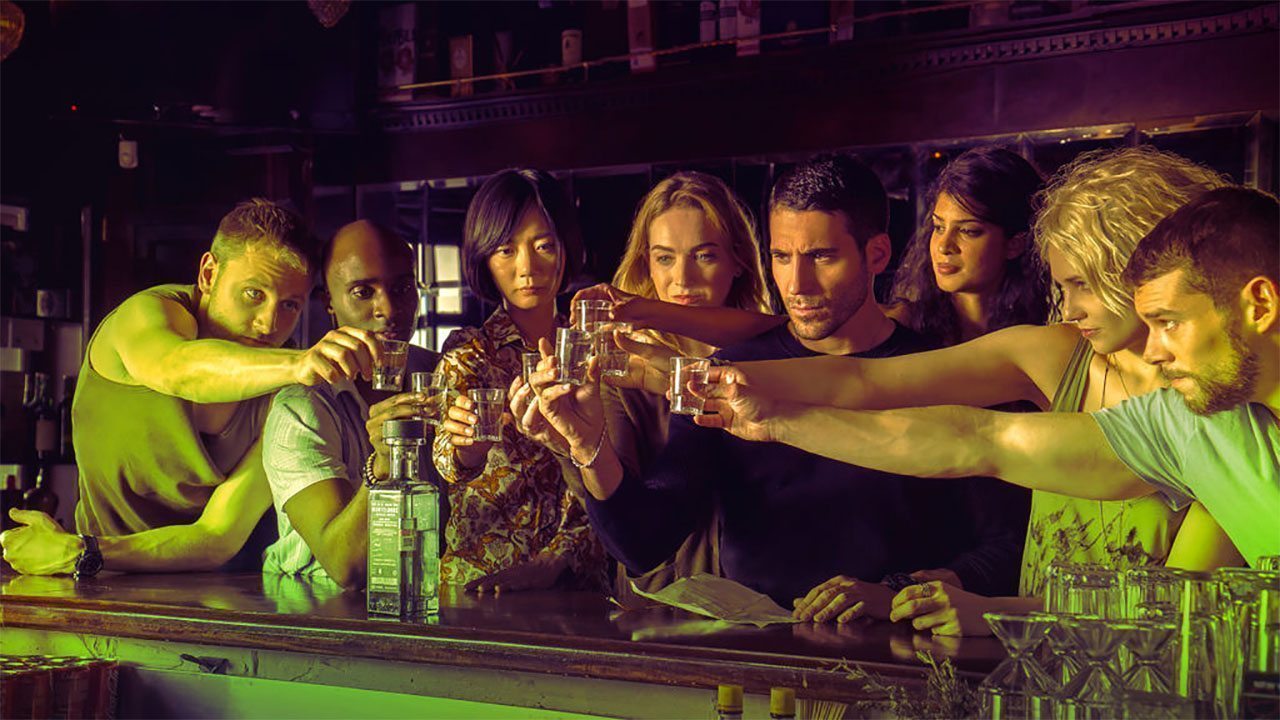