Becoming one of the industry’s most respected live sound engineers requires ample amounts of talent, versatility, and passion. These are the very qualities that have helped make Ben Findlay the top choice for a diverse roster of clients, including Paul McCartney, Sting, Robert Plant, and even Dame Edna Everage, to name just a few. 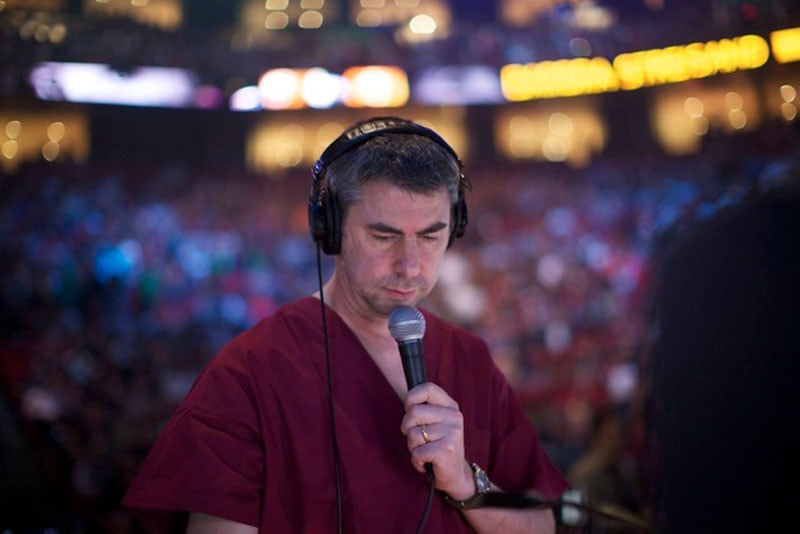 A student of the UK’s prestigious Real World Studios, Findlay honed his skills in the early transitional days between analog and digital, when trusted analog technologies were still the prevailing workflow of choice. It was this early exposure to both sides that sparked a zeal for new technology and marked the origins of Findlay’s unique ability to balance old-school methodologies with modern production tools. It’s no surprise, therefore, that topping his list of preferred live consoles are Avid VENUE systems.

“I’ve done quite a bit of studio work, so I’m very comfortable working within the Pro Tools environment,” explains Findlay. “That environment is reflected beautifully in the VENUE’s workflow. It’s so logical, incredibly easy to learn, and the ability to save and retrieve settings is really powerful. I can set the VENUE up exactly the way I like, leave for a few days, and when I come back it’s easy to pick up exactly where I left off.”

The interoperability between VENUE and Pro Tools is a massive advantage.

Today Findlay is very busy indeed, manning the faders for Peter Gabriel’s current Back to Front tour, as well as for the Robert Plant and the Sensational Space Shifters tour through South America.

“We’re using a VENUE Profile on both [tours],” Findlay says. “For Peter, we’re running 96 inputs, and for Robert, 48 inputs. When I first started using the VENUE systems, I was on the larger D-Show surface, but switched to the Profile for both tours and have really grown to appreciate its more compact size and efficient ergonomics. We’ve also got the VENUE Stage Rack for Peter, with about 70 channels running into it, including ambient mics and talk backs.” 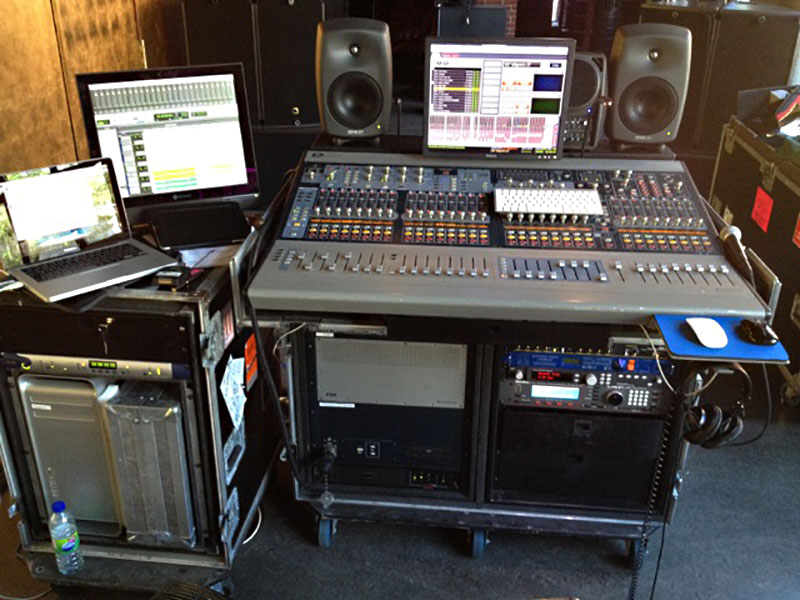 From studio to the stage

With his roots as a recording engineer, Findlay appreciates the VENUE system’s tight integration with Pro Tools, and enjoys having the option to bring some of his favorite studio tools into the live space. “The interoperability between VENUE and Pro Tools is a massive advantage,” he asserts. “I bring my own Pro Tools rig whenever I can. I multitrack almost every show so that I have a complete history. If there’s a problem, I simply go back to the show files to see where the problem occurred and how it manifested itself."

I can set the VENUE up exactly the way I like, leave for a few days, and when I come back it’s easy to pick up exactly where I left off.


“I’m also a huge fan of Virtual Soundcheck. Even when the band doesn’t feel like showing up, I simply loop the previous night’s show and then spend all the time I need to clean everything up. In some ways, Virtual Soundcheck provides even more control than a live sound check environment. When you are playing back the drum tracks, for example, you’re getting actual show level and intensity. It’s extremely powerful and freeing.” 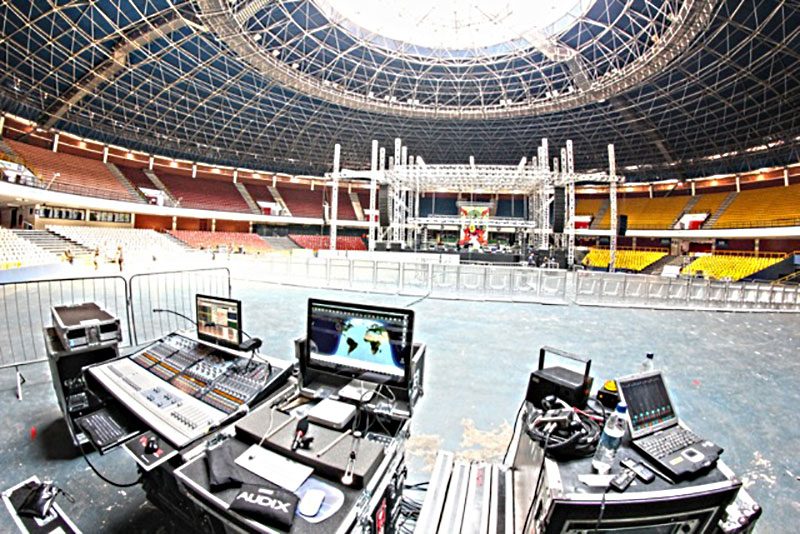 The power of plugins

Plugins are also an increasingly important part of Findlay’s live sound arsenal. With his many years in the studio, he’s had plenty of opportunities to identify his top picks from the sizable Pro Tools library. Now, thanks to VENUE’s native support, he’s finally able to bring many of his favorites on the road.

In some ways, Virtual Soundcheck provides even more control than a live sound check environment.


“I use VENUE’s onboard processing extensively,” he says. “I also really like the Sonnox Oxford plugins, as well as the Sonnox Inflator [plugin] for drums and the mix bus on occasion. On the vocals, I tend to use the LA-2 [compressor] emulator quite a bit, as well as the Bomb Factory stuff.”

In the end, Findlay observes that with all of its capabilities, the VENUE system’s most important role has been as a creativity enabler. “It’s just so intuitive and powerful. I’m constantly finding new and creative ways to work with it.”