Producing engaging sports coverage to entice an international audience of nearly four million was a challenge Belgian public broadcaster, Radio Télévision Belge Francophone (RTBF), was ready for. A long-time Avid graphics customer with a decade of state-of-the-art visual storytelling to its legacy, RTBF remained true to its roots—utilizing Avid’s Maestro broadcast graphics solutions to equip its studio with the most advanced creative toolset and establish its visual footprint on the world’s largest football tournament.

From its cutting-edge broadcast studio in Brussels, Belgium, Avid’s Maestro graphics solutions brought visual excitement to the broadcaster’s World Cup production, which not only reaches the screens of fans in the French-speaking part of Belgium but viewers across Europe. Successfully tried-and-tested during its coverage of the Rio 2016 Olympic Games and Euro 2016, RTBF knew where to look for innovative graphics production and storytelling—as well as new augmented reality capabilities. 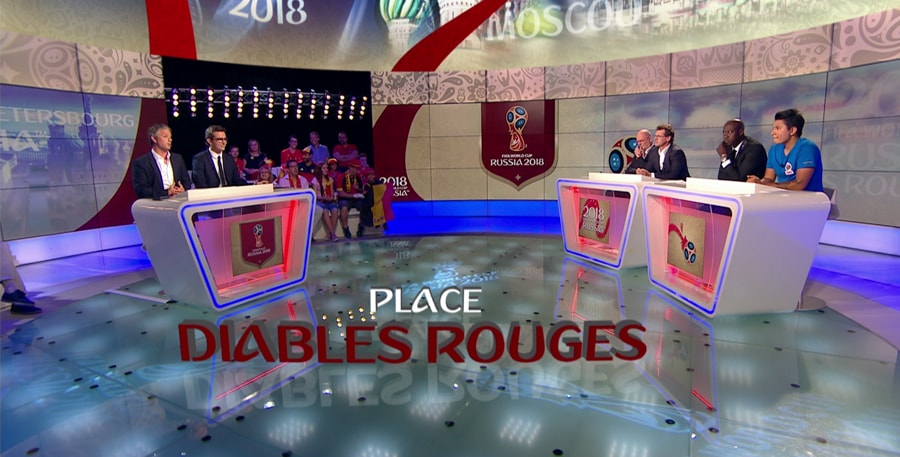 “Reflecting on historic and current workflows, Maestro | News has always performed seamlessly and ticked a lot of boxes in terms of complementing our internal workflow and how we want to best present our coverage and brand visually,” said Pierre Dartevelle, technology manager at RTBF. “The addition of Maestro’s high-resolution 3D graphics across our World Cup coverage has elevated our sports broadcasting to captivate football fans and viewers alike. It’s made our content confidently compelling.”

RTBF’s World Cup coverage exceeded expectations in more ways than one. Recognizing the power of graphics in unfolding the action from the pitch to screen, RTBF decided to incorporate augmented reality into its World Cup graphics, relying on Maestro | AR to bring an immersive edge to its coverage. With Maestro | AR, RTBF’s teams could insert and control static and animated 3D graphics in its virtual studio for presenters and viewers to interact with.

“We used Maestro | AR for background titling and scores overlay, and then added an extra render engine for teleportation of players in the studio,” said Pierre. “The cohabitation of two technologies was ambitious but they collaborated faultlessly, giving us a smooth transition and delivery.”

Maestro | AR also served as a visual rendering tool to give its studio a realistic, virtual extension. As RTBF created the illusion of a larger space, its teams relied on Maestro | PowerWall to bring dynamic storytelling across multiple video display surfaces. And in a demanding live environment like the World Cup, the solution allowed RTBF to rapidly respond to any developments from the tournament in real-time and display them with ease.