Connect RTVE'S satellite locations and make media available to all contributors across the organization.

Spanish Radio and Television Corporation RTVE is Spain’s largest and most influential multimedia group, as well as media cornerstone for the Spanish-speaking world. To succeed in today’s increasingly digitized world, the network recently decided to modernize their newsrooms with industry-standard solutions.

RTVE selected a complete end-to-end Avid workflow built upon the Avid MediaCentral platform and using solutions based on the Avid Everywhere strategic vision for the media industry. Leveraging Avid’s cutting-edge workflows, RTVE was able to connect its regional production centers, optimize the value of its media assets, and deliver higher-quality, more engaging content to viewers.

With seven television channels and six radio stations, news makes up a large percentage of RTVE’s programming. The company’s 24/7 news channel "Canal 24 Horas", sports channel "Teledeporte" and other channels, generate a massive amount of content. In order to store, access, and archive its media quickly and efficiently, RTVE implemented advanced media management systems based around Interplay | Production, and ISIS shared storage at its master control center at Torrespaña, and its satellite facilities in Mérida, Las Palmas, and Barcelona.

We achieved an important improvement in the quality of the finished product, allowing us to have more material available within the same period of time. 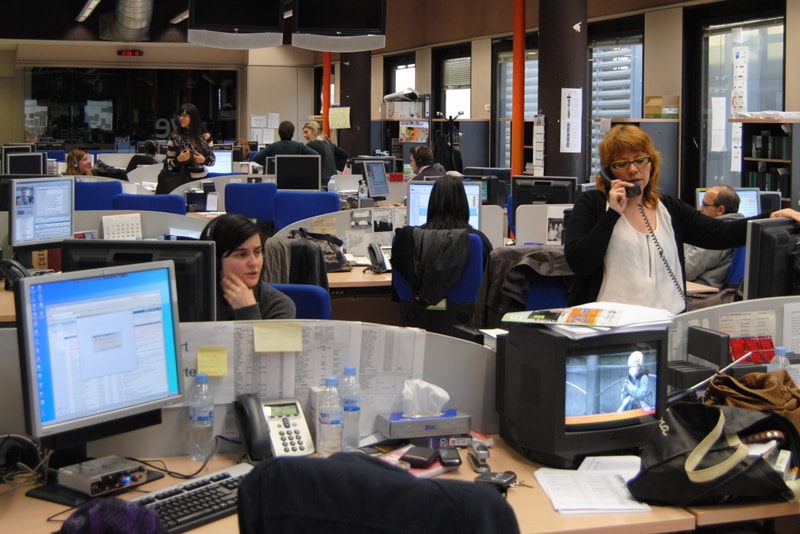 “The system now allows us to get much more done in the time we have,” says Javier de la Oliva, Deputy Editor at Telediario2 (Torrespaña). “This is something that would have been unthinkable before.”

Now, hundreds of producers, editors, and assistants from across RTVE’s networks are able to access and edit stories instantly from any location. Everyone on staff can access a universe of media from a single workstation using advanced browsing and editing tools in a shared environment. The new workflow also established a protocol to access archived legacy content, which currently stands at about 250k hours and will expand to approximately one-million hours after the digitization process is complete.

“Introducing a news production system in a company the size of RTVE, in which absolutely all media content needs at Torrespaña are covered, represented a major challenge,” says José Anta, Director of Technology and Audiovisual Production Systems at RTVE. “We needed a solution capable of handling huge amounts of information and scalable enough to provide access to all the personnel involved.”

From editing tools to the creation of news bulletins, iNEWS is the center of news content creation and distribution at RTVE—enabling the network to create and deliver breaking news quickly and efficiently. This has been essential for RTVE, covering a wide range of topics from Spanish-speaking regions across the entire world.

Curiously enough, people—who did not know where the on/off buttons are—were editing within a week.

To ensure their quality of news stories prior to playout, RTVE producers now use Media Composer with the Media Composer | NewsCutter Option. AirSpeed 5000 servers are used for master ingest and playout. According to Pere Vila, Director of Planning and Technological Innovation, Avid workflows have provided unity to RTVE's entire newsroom operation. 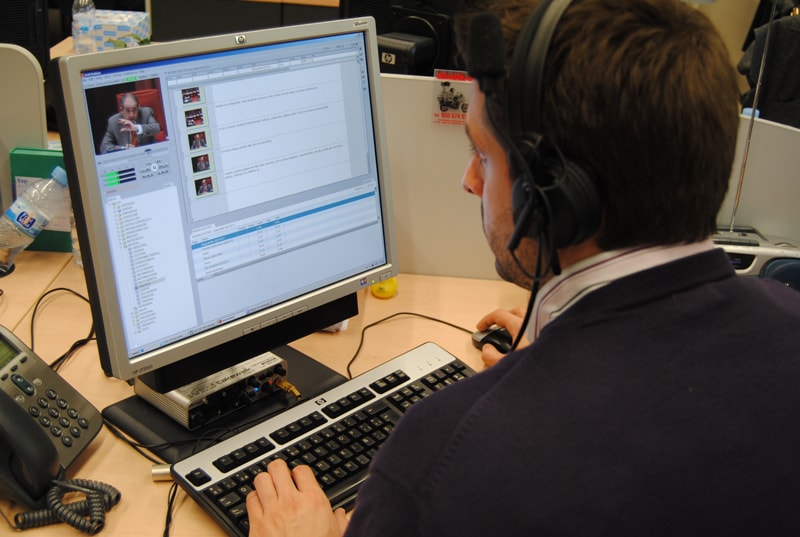 “It is comparable to the difference between working with a typewriter or with a computer,” Vila explains. “We have achieved an important improvement in the quality of the finished product, allowing us to have more material available within the same period of time, resulting in greater productivity.”

Throughout the entire process, Avid Professional Services provided training, advisory services, and assistance to the staff at RTVE, which made for a smooth transition and gave the staff confidence. “The human process involved in changing the way one works is what turns out to be a crucial element,” says José Luis Romero, Director of the Digitization Project at RTVE.

Alberto Sierra, Editor, Teledeporte Channel, says the RTVE staff adopted the upgrade quickly, realizing Avid workflows enabled them to perform their jobs with greater speed and efficiency. He remarks, “Curiously enough, people—who did not even know where the on/off buttons are—were editing within a week."