Streamline audio post workflows to meet the growing demands of the international TB and film industry.

Founded in 1998, Russian World Studios (RWS) is one of the leading TV content and film-production companies in Russia. The company has serviced more than 400 television and film projects, both locally and internationally, and worked with some of the largest international entertainment companies, including Sony Pictures Television International, Hallmark Entertainment, HBO Films, and Beacon Pictures.

In order to meet the ever-growing demands of the international television and film industry, RWS installed a 56-fader System 5 console with the EuCon Hybrid option for control of Pro Tools and Pyramix Digital Audio Workstations (DAWs) in their St. Petersburg-based facility. There are also System 5-MC DAW controllers installed in RWS’s Nevafilm and Melnitsa Animation Studios.

System 5 speeds up our work significantly without using all our DSP resources. 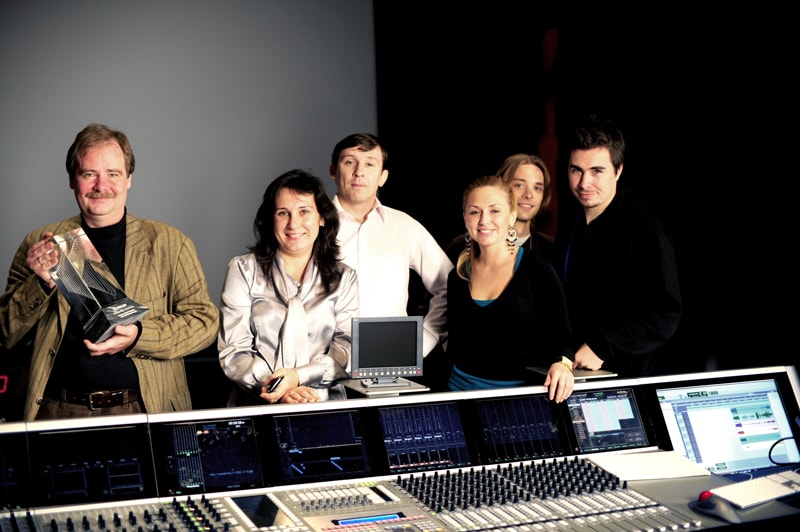 System 5 enables RWS to speed up every aspect of the audio post mixing process and provides the studio with the power and flexibility it needs to mix the most demanding video productions. The team at RWS has complete confidence in Avid’s worldwide reputation for providing the advanced solutions professionals need to produce the highest quality media possible.

“We chose the System 5 Hybrid for RWS St Petersburg because of the tremendous reputation it has gained in the international film post-production world. The Hybrid control of Pro Tools and Pyramix speeds up our work significantly without using all our DSP resources,” said Alexey Shulga, lead mixer and Head of Post Production for RWS.

The EuCon Hybrid Option for System 5 digital audio mixing systems extends the control capabilities of the console beyond the dedicated DSP Cores to the outside world, bringing Mac and PC DAW tracks onto the console surface for mixing. What sets the EuCon protocol apart from other control systems is its use of high-speed Ethernet to communicate with the DAWs. This simple fact reduces parameter change delays and increases resolution.