Shelter Cove Community Church is a house of worship located in Modesto, California, whose tightly knit and passionate community has been put to the test throughout 2020 but never silenced. In fact, to the contrary, with worship services that feature live pop-rock performances and real musicians, Shelter Cove has been anything but silent.

Prior to the pandemic, the church regularly saw packed weekly services and a full house with around 1,600 in attendance per weekend. But when restrictions were implemented on indoor gatherings, the church transitioned to delivering their weekend services through a combination of limited in-person attendance and online versions of the services. Unfortunately, the church's production team was put to the test when their front-of-house mixing console died.

With only a limited portion of worshippers able to attend in person and a majority viewing services online from home, the production team found themselves in a situation where their console became much more than just an element of the church's infrastructure; it became the keystone for the entire community, and the vehicle that brought the service to a majority the worshippers. For Geoffrey Fusco, Production Manager at Shelter Cove, the fix was to purchase a new console and they chose an Avid VENUE | S6L system purchased through local AV provider, Floodjay Productions. 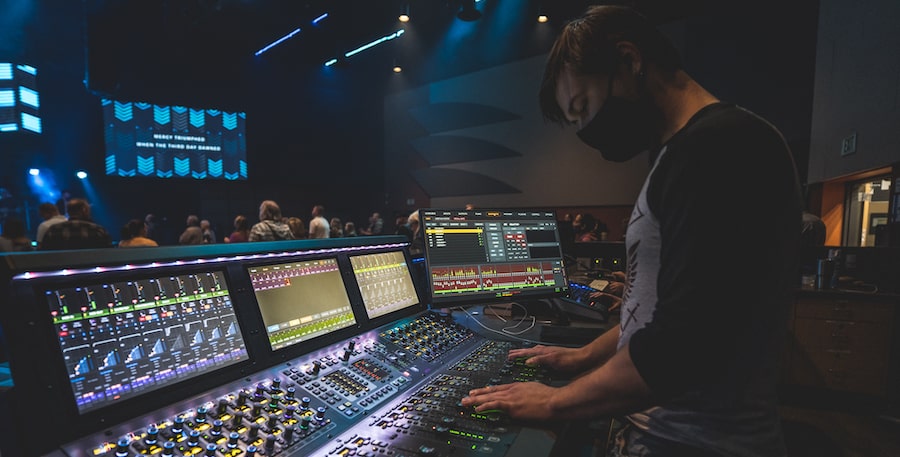 The team pulled off a remarkably quick turnaround because of a few key factors. First, Fusco was able to begin preparing for installation before the church's S6L even arrived. "I spent a couple of weeks working with the VENUE Standalone [software] offline editor to get it set up to what I needed it to do," he explains. "That way, when I got the console, I could just stick in a thumb-drive with the VENUE show file [on it] and be good to go."

What's more—when the console did arrive, the installation was completed in one night. Matt Robertson, owner of Floodjay Productions, assisted Shelter Cove with the installation and recalls how quickly it went. "I think the last pieces came in on a Thursday and once it got there, we were like 'Okay, do we want to start it before the weekend?' and Geoff said 'Yeah, let's go!'… He really wanted to go for it, and we got it set up in a night." 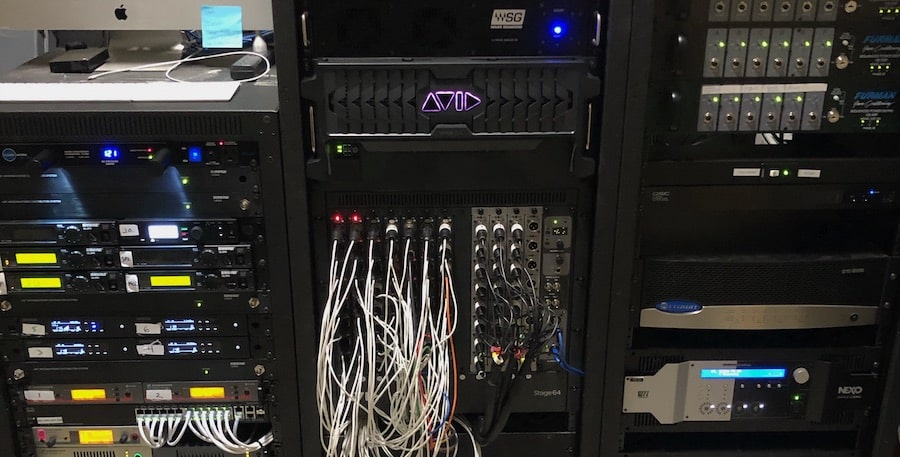 Second, Fusco was able to save time with Virtual Soundcheck, enabling him to begin preparing for the service without needing the musicians to be present. "I spent a lot of time on Virtual Soundcheck when I first had the console," he says. "We actually did a recording session not long after the console was put in and I used it to dial-in the system." He also uses this feature to let others practice their skills. "Whenever my coworker wants to mix, I throw up a Pro Tools session and let her have at it." Fusco also uses S6L's integrated Pro Tools functionality to record services, which are subsequently mixed, edited with the video recording, and posted online for the congregation to view on-demand—something that has been more important than ever during the pandemic.

The third factor was the intuitiveness of S6L. Having been accustomed to the VENUE | Mix Rack System prior to S6L, Fusco and his team were able to jump right in. "I didn't find anything to be confusing," Fusco says. "Everything was relatively in the same spot and easy to use—it was great... Anyone who knows a little bit about mixing could jump on and figure things out and quickly get something going—especially if someone else has an event and I'm not there." 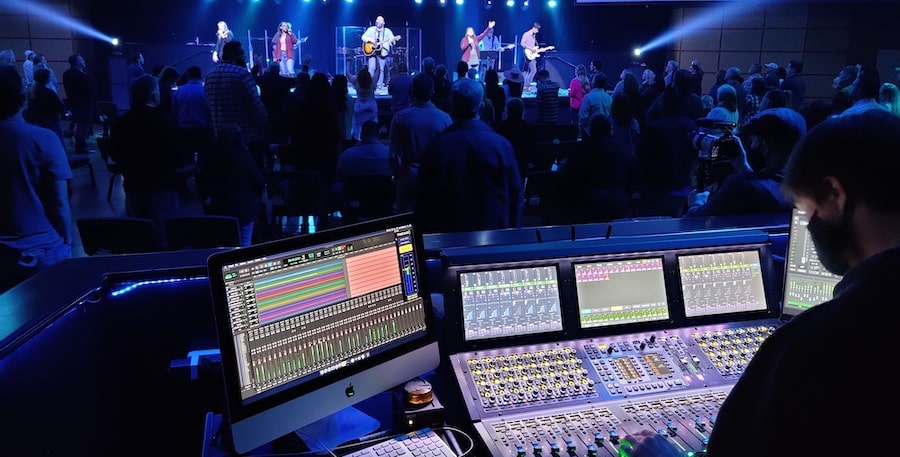 Ever since the installation, Shelter Cove Community Church has been back up and running thanks to the quick turnaround, delegation of tasks, and post-production capabilities that have become achievable with their new console and the hard work of the production team.

And better yet, the congregation's feedback has been nothing but positive for their new live sound system, with seemingly everyone enjoying the benefits. Musicians enjoy having control over the mix of their monitors using the Avid VENUE | On-Stage app—as does Fusco, who doesn't have to worry about monitor mixes anymore. At-home worshippers have enjoyed the triumphant return of the church's virtual services. And everyone, from the staff to the congregation, has enjoyed the overall improvement to the sound quality and clarity of the services.

For Shelter Cove Community Church, there's a lot to be thankful for, now that their sound system is back in full throttle. And with the expected return to full capacity services in the near future, all faders are turned up for 2021—except at the first service on Sunday mornings—because then, Fusco says, he tends to pull back the volume, so he's not "running things too hot" for the older crowd.