Soundon focuses on sound production for music and entertainment productions. Their biggest project at the moment is The Voice of Finland, Finland’s most popular singing contest with almost a million viewers. The new Avid VENUE | S6L-48D live system purchased through msonic has been put to the test, not only on The Voice of Finland, but also in the live broadcast of the Finnish national sports gala Urheilugaala. Next projects in line include the sound production of the music show All Together Now, the mixing of the last live show of singer Juha Tapio at Hartwall Arena, and the sound work on the live concert of the popular TV show SuomiLOVE. Soundon’s Timo Virtanen and Jonas Törnblom recently gave a tour of their new broadcast truck, complete with the freshly-installed S6L-48D, and shared their impressions of the new system. 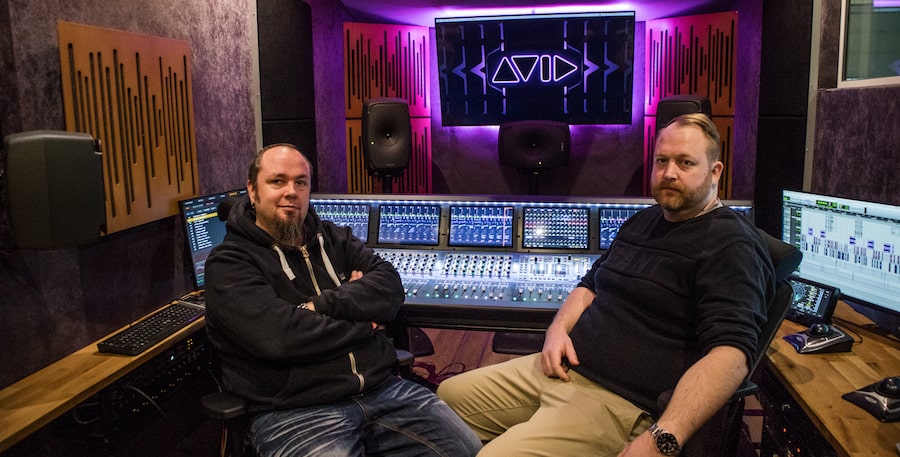 “As soon as we heard that Avid was releasing the S6L-48D system, it was clear that we wanted it. We called Ossi [at msonic] and got the S6L-48D for the start of the new season of The Voice of Finland, just as we planned. The advantages have been remarkable. Everything is so easy with the S6L-48D,” Timo Virtanen explains.

The biggest advantage has been that every essential element can be seen instantly on the S6L-48D’s expanded surface—the mixing experience is more tactile and visual than ever before.

“With the S6L-48D I have more things visible at the same time,” Timo continues. “For example, on The Voice of Finland, I have the band on the left side and the coaches on the right. In the battle section of TvoF, all 48 faders are in use. Everything has to be in view, as the coaches on the show talk to each other and might, for example, ask the band to play something on the spot. The mixing engineer needs to stay awake.”

Although the S6L-48D offers exceptional visual feedback, the system’s sound quality is Timo’s favorite feature. He shares, “I noticed the excellence of the VENUE | S6L preamp while working on the TV show Elämäni Biisi. It has a great sound and the clarity is top notch. I had recorded and mixed ten episodes of the first season with the S6L through the Avid preamp. After that, we did an episode with the same setup, same band and same mics, but I had to route the signal through another manufacturer’s preamp via Dante. The difference between the sounds was like night and day.”

Live productions are Soundon’s main focus, and there can be no system crashes or silent periods when you have an audience of millions. For The Voice of Finland, the signal is split three ways and sent to the Soundon truck, to monitors, and to front of house. Inside the truck are dual Pro Tools rigs running on MacBook Pros. One system is fed via S6L’s AVB network and the second through an Avid Pro Tools | MTRX interface.

"Although the redundant recording feature introduced in the VENUE 6.1. software makes it possible to run two Pro Tools systems over AVB, we wanted to make things extra secure. With the MTRX the two systems are totally separated,” Timo explains.

In addition to the S6L and Pro Tools, Soundon also uses Avid S1 and S3 control surfaces for audio post production. “The S1 is so small! It is so convenient, you can take it to the hotel room with you,” Timo states. “It instantly became a part of my arsenal. A laptop and the S1 is all you need to do post work in the hotel or at home.” 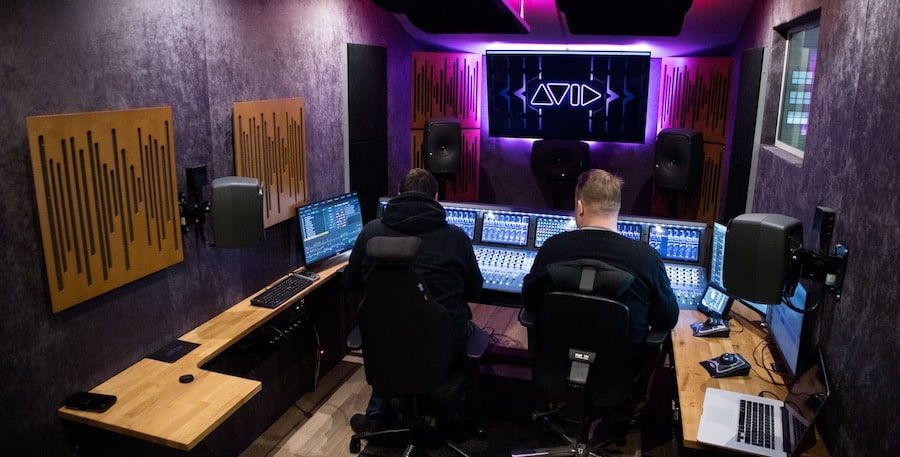 Jonas explains what is special about Avid’s Virtual Soundcheck functionality, “Avid’s S6L live mixer and the Pro Tools software are constantly communicating. With other mixers you have to matrix the channels back to the console in a different way. With the S6L-48D, this is not a concern.”

Timo adds, “And with Pro Tools and VENUE | S6L, all I need to do is press one button. I can control everything straight from the console.”

Working together on one surface

Jonas and Timo work closely together and divide the production responsibilities between them, With Jonas focusing on speech and the roles of chief engineer and sound assistant, while Timo deals with the music. Between S6L-48D’s extensive surface controls and the dual operator workflows introduced with the VENUE 6.2 software release, Jonas and Timo are now able to work independently on a single surface.

"Dual Operator is useful for us in projects where one recordist does the speech and the other deals with the music,” Timo explains. “We can split the mixing console for both speech and music and work together on the console at the same time. The main idea is that the music recordist can focus on music and the speech recordist on speech.”

Before S6L’s dual operator functionality, shows like SuomiLOVE were mixed with Timo in the sound truck handling the music while Jonas was in another vehicle working on the speech. Now everything can be done in one truck, and exchanging ideas is easier sitting side by side at the console.

“We don’t have to shout through the intercom anymore!” Timo laughs.