Find a powerful, flexible, and reliable sound system that could support hundreds of performing artists at multiple events, and enable their engineers to record and deliver great-sounding mixes in a chaotic festival atmosphere.

Music festival season in the United Kingdom is made all the more spectacular by the legions of fans who come out in droves to see legendary performances by musicâs best and brightest. This year alone, festival goers had the opportunity to see Jay-Z, Metallica, Rihanna, Black Sabbath, Jack White, Florence and the Machine, The Cure, Foo Fighters, The Black Keys, and hundreds of other artists at events taking place throughout the land.

But these events also pose plenty of challenges for the supporting companies that are tasked with juggling hours of performances, managing short stage turnarounds, and delivering dynamic sound. This year, UK-based SSE Audio Group was responsible for keeping things together at 15 festivals, including the high-profile Reading, Leeds, and SW4 festivals, as well as Download, Lovebox, Radio 1 Big Weekend, T4 on the Beach, and more.

Itâs so easy to integrate with Pro Tools | HD, which makes archiving each show very easy. 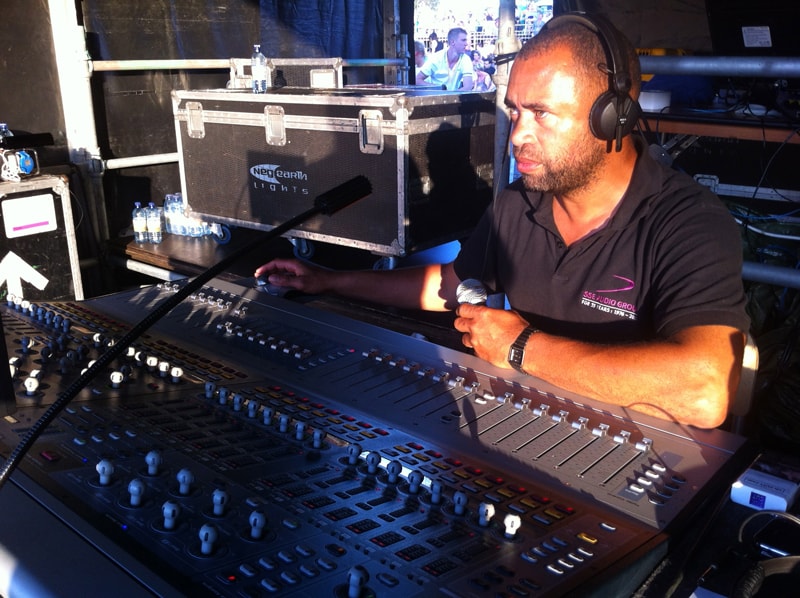 Keeping the hundreds of acts and their crews happy and calm in the midst of stressful turnarounds and performances is no small feat. Thatâs why for the third consecutive year, SSE chose Avid VENUE Profile Systems for the front-of-house position at all of the events it covered.

âSSE deployed over 14 VENUE Profile systems simultaneously over the summer,â says SSE Audio hire manager Miles Hillyard. âThe reliability of the VENUE system was great, considering how much the desks were loaded in and outâand how much software was loaded into them week after week.â

Why VENUE is the choice for festivals

Avid VENUE | Profile System is the SSEâs system of choice at main stage festivals for a variety of reasons, Hillyard explains. âEveryone knows [how to use] the desks and can easily get a mix together,â he says. âPlus, the amount of plugins on board gives any engineer enough to color their mix without SSE having to provide additional outboard racks. On a number of occasions, the variety of plugins [we provide] has given the headliner reason to leave their desk on the truck and use the house systems.â

In addition to the creative power that the Avid VENUE plugins provided, engineers at each festival found the Pro Tools integration (by way of VENUE HDx and FWx cards) to be helpful. âAll of our local racks are sent out with at least one [Pro Tools] record option,â Hillyard explains. âEngineers are specifying HDx cards a lot because itâs so easy to integrate with Pro Tools | HD, which makes archiving each show very easy, with minimal connections from console to record rack every day.â

Global coverage is very important for these engineers. Knowing that they can find a VENUE [system] anywhere in the world is exceptional.

Global familiarity and availability is key 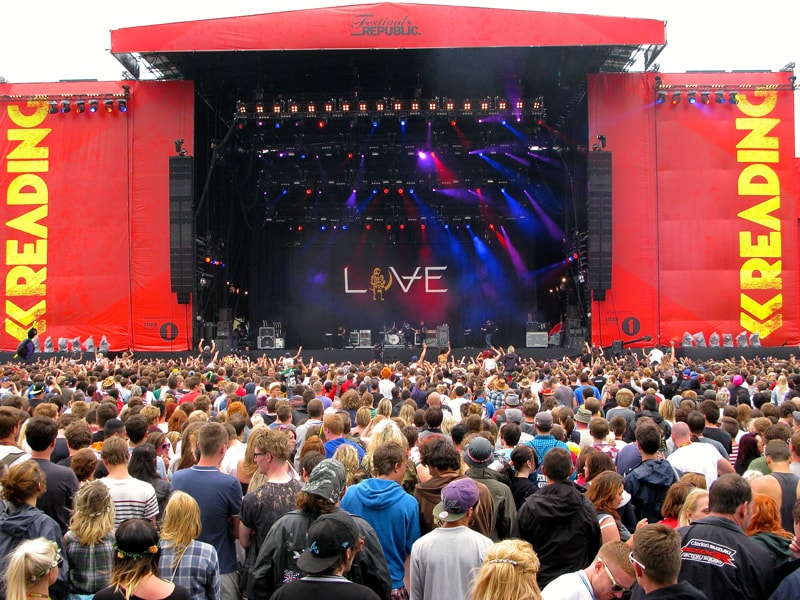 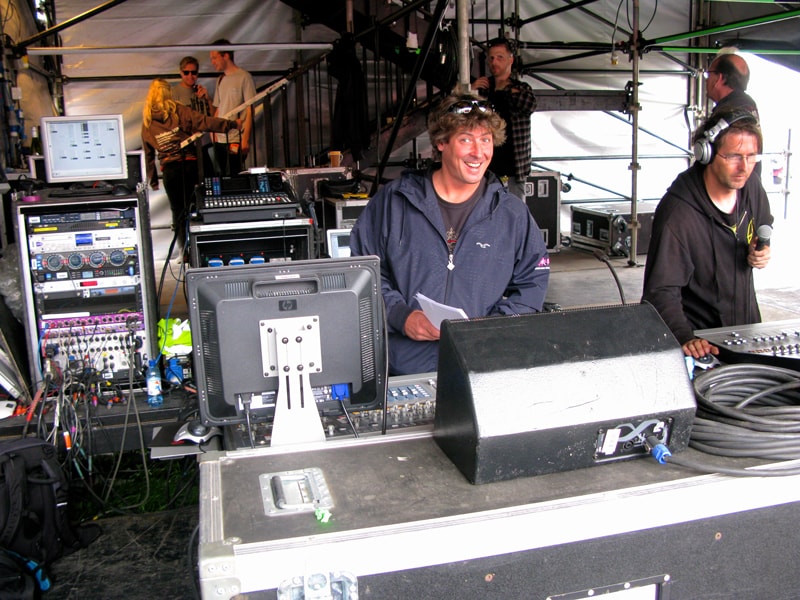 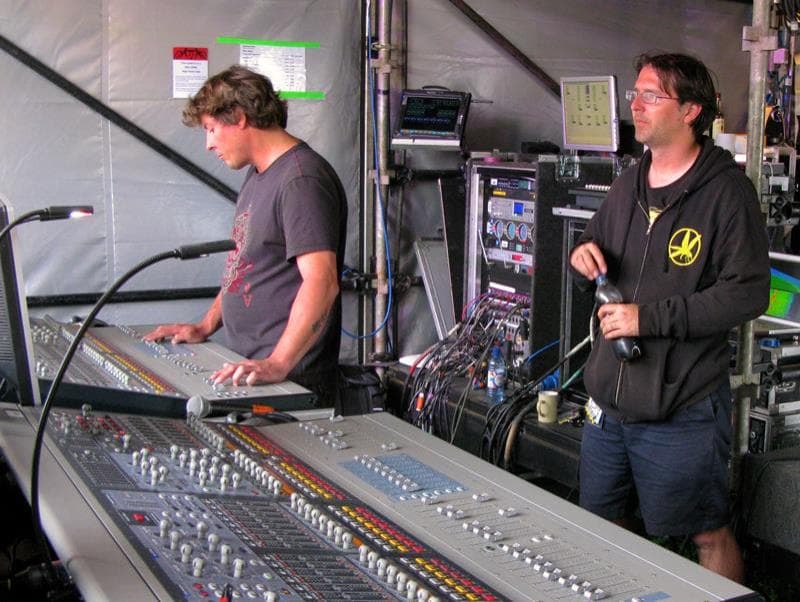 Another reason why VENUE was the right pick was the systemâs almost universal familiarity among touring engineers and its ease of use. âFor engineers that donât have their own show file, the control surface is easy to find their way around,â he points out. âAnd the plugin bundle is comprehensive enough to deal with 90% of their outboard requirements.

âGlobal coverage is very important for these engineers,â he continues. âThey [need to be able to] take their setup anywhere the band goes. Often the budget is not there to take equipment from one supplier on a tour, so knowing that they can find a VENUE [system] anywhere in the world is exceptional. From SSEâs perspective, having VENUE means we have a real plug-and-play solution, so [the engineers] are ready to go with a familiar setup in a short amount of time.â

Built to handle the unpredictable 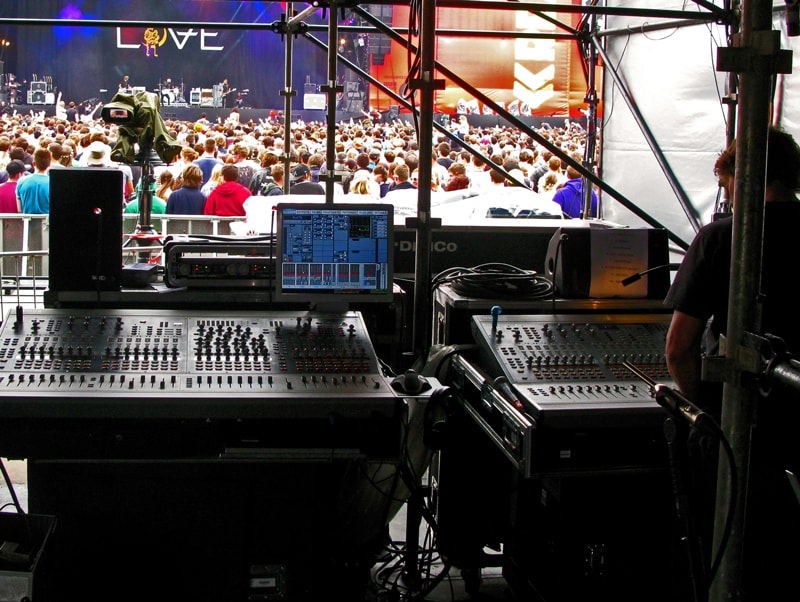 Hillyard also remains impressed with the systemâs durabilityâespecially under the tougher than normal conditions. âThe reliability of the system was impressive. Even with all of the show files that we loaded onto the consoles from May through August, not one of them was corrupt. Thatâs exactly what you want in the heat of the moment on a festival main stage. [Having] four DSP cards and plugins [in each system] means that we never run out of horsepower on a festival, even with the most comprehensive show file.â

The flexibility of the VENUE system has also been a vital ingredient in SSEâs ability to keep these shows running. âDuring the show, the VENUE is easy to upgrade for a band if they need to use more than 48 channels,â Hillyard says. âSeveral of the bands we saw over the summer who were touring with a VENUE system brought their own [FOH] racks to FOH and used the Stage Rack and [Profile] surface we supplied. It helps all of the parties, since thereâs not much space at the FOH position, and production often only lets the top three bands use their own setup. So, having this flexibility means all bandsâif theyâre touring with an Avid VENUEâcan use their local racks, plugins, show files, and recording options if they choose.â