To improve connectivity across projects and enable remote collaboration, to deliver compelling mixes for film and TV—and anticipate and meet future needs of the audio mixing workflow.

Invest in the award-winning Avid S6 and Avid S3 control surfaces to accommodate the growing requirement for sound editing on TV and film work, and high-quality music production.

With budgets for post-production projects shrinking across the industry, itâs vital for studios and facilities to optimize their current workflows to maximize cost-effectiveness and productivity across the board.

As owner and co-founder of Wave Studios in London and Amsterdam, Johnnie Burn finds himself at the precipice of the ever evolving post-production industry. With all kinds of film and television projects coming through the door every week, to keep Wavesâ offering fresh, for Burns and his team, itâs all about finding new and innovative ways of working within the audio industry.

Wave Studios continues to be one of the U.K.âs most successful post houses, with a high caliber of work being completed daily. This includes national and international TV projects, including advertisements for Skype, McDonalds and Samsung. Wave also completed projects like music videos for global selling acts like Kanye West, Madonna, The Chemical Brothers, Lana Del Rey, and movie credits that include Prometheus and popular indie favorite Under the Skin, starring Scarlett Johansson.

Seventeen years after the Soho editing facility opened in 1999, it has recently undergone a complete refurbishment. Encompassing a full complement of powerful Avid pro-audio solutions, the scale of Waves Studiosâ operation now racks up in excess of eight Avid mixing consoles, including  the award-winning Avid S6 control surface and the compact Avid S3. 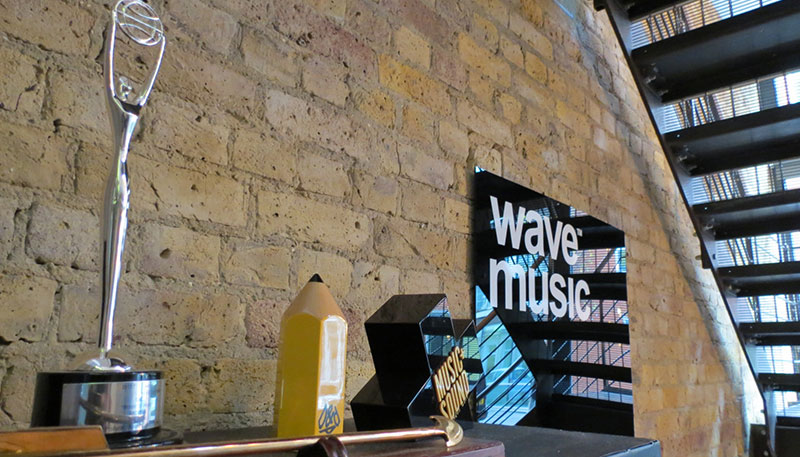 When it came to assessing more budget-savvy ways of working at Wave Studios, Burn explained the thought process behind the recent upgrades. âWe were holding out for the right product to come to market before upgrading our consoles,â he said. âI was lucky enough to be included in some conversations with Avid during the development of the Avid S6, which really helped us shape the future of the studio. When I used the S6, I just knew it was going to do the job for us. And itâs been worth the waitâI really like the ease of operation, and the desks are very ergonomically fluid.â

After spending many years mixing in Pro Tools and on Avid consoles, Burn explained how Avid plays a huge part day-to-day at Wave Studios. âI mostly work with our Avid S3, with Nuendo track-laying. For premixing and mixing, I tend to use one of our eight Avid S6 consoles. Sometimes Iâll mix on location, at which point Iâll take either a Avid S6 or S3 down with me, depending on the space on-set or stage.â

When I used the S6, I just knew it was going to do the job for us. And itâs been worth the waitâI really like the ease of operation, and the desks are very ergonomically fluid.

Some of Wavesâ film credits include The Lobster and Under the Skin, with other varied content coming through daily. âThe challenge we have is how we plan for bigger projects where weâd be involved from the earliest stages of pre-production. These projects present us with huge opportunities to adjust the standard workflow norms to great dividends. And thanks to the advances in consoles like the S3 and S6, Avid have put the control back in our hands. My teams and I are all filmmakersâwho just happen to wear the sound hatâand weâre utilizing audio advancements from Avid to help Directors tell their stories.â

Making Waves with the power of Pro Tools

Avidâs invaluable sharing and collaboration tools are vital to Wave Studiosâ operation. âCrafting film audio is all about collaboration,â Burn said. âWe share jobs around our studios and edit suites all day long, whilst working with some amazingly talented freelance sound editors and mixers. For Avid to enable everyone to work hassle free and share content not just internally, but globally too, is something we genuinely couldnât exist without these days.â

When looking at how Avid solutions have benefitted various processes at Wave Studios, Burn explained: âExploring the Avid tracks on the consoles allows us a greater level of creativity, assisting the picture editor in developing the overall use of sound and giving a better direction through the sound editing process. A leaner demand on the mix means that we give back more of the overall bigger picture, rather than little issues here and thereâtherefore increasing time efficiency.â

âFor me,â Burn adds, âBeing able to work on a pre-dub-lite during SFX track-lay really helps speed up the entire workflow. And the ease of keeping a picture editor fully-furnished with sound that can actually make it all the way through from temporary mix to final mix is fantastic. Another huge plus for us is being able to command multiple DAW from the same desk.â

When reflecting on the evolution of sound mixing, and how the role of a mixer continues to change, Burn concludes, âI think Avid has been an enormous ambassador in championing powerful workflow solutions in sound mixing,  affording us all greater technical advancements in mixing. Where Avid are providing such regular developments and updates, this gives people the opportunity to share and pass down skills, which therefore grows and encourages ambition. At Wave, having the ability to combine Pro Tools with fully customizable and powerful Avid desks means we can quickly reset to a new operator or project at the touch of a button. Avid is truly invaluable and central to our entire operation and structure."

Thanks to the advances in consoles like the S3 and S6, Avid have put the control back in our hands. My teams and I are all filmmakersâwho just happen to wear the sound hatâand weâre utilizing audio advancements from Avid to help Directors tell their stories. 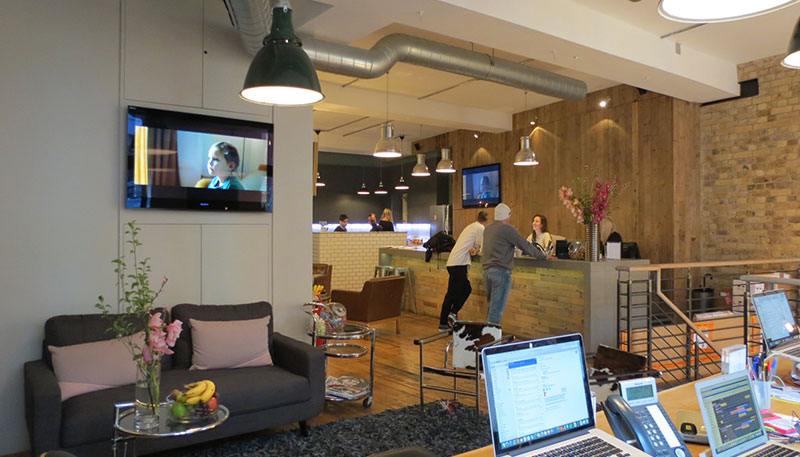