Yellow Cab Stays on the Cutting-Edge with Avid S5 Fusion

"We started as a one room facility and over the years have expanded to two studios and three sound editing rooms. Our projects vary widely, we often go from feature films to corporate films, to documentaries and back," says Ghouti. "Nowadays we describe ourselves as being a one-stop facility for all audio post."

Recently, Yellow Cab Studios made the decision to upgrade the studioâs mixing console. The facility needed a console with the power and flexibility to overcome any production challenges, and achieve the high level of quality that clients expect and demand.

After careful research, Ghouti and Lesachet selected an Avid S5 Fusion for its unparalleled performance, versatility, and sound quality. Always ahead of the curve, Yellow Cab became the first facility in Europe to adopt the S5 Fusion, which is located in their premiere Studio A dubbing theatre.

"We've had two major film releases this year; one was Pur Week-end by Olivier Doran, and the other was La VÃ©ritÃ© Ou Presque by Sam Karmann," explains Ghouti. "For the Karmann movie I worked on a MC controller for over a month, premixing tracks in the box, which gave me a taste for the EuCon protocol and how it can speed up work with any DAW. This helped us decide to buy the S5 Fusion. I was really looking for a new hands-on-the-controls experience and there it was," says Ghouti.

Taking hands-on control of the mix

Unique to the S5 Fusion is EuCon, a control protocol developed by Avid, which allows high-speed Ethernet control of any application. Ghouti says Eucon provides an intuitive, immersive experience and enables him to mix without technical distraction.

"Of course the S5 Fusion is more about mixing, and the MC with its faders and functionalities shined with Nuendo during editing, says Ghouti. âBecause I'm so used to mixing consoles I have never really liked mouse-mixing. When I am using a mouse, I feel like I have one hand tied behind my back and then there's that unspoken rule about only using one command at a time. EuCon allowed me to seriously use Nuendo's automation for the first timeâand that was Nuendo 3 automation. Now with Nuendo 4 and the S5 Fusion it's just amazing. It's practically like having two System 5s in one. The responsiveness is excellent, and finding knob layouts for Nuendo functions just where I would expect to find Euphonix DSP knobs makes moving from a DSP channel to a DAW channel very easy." 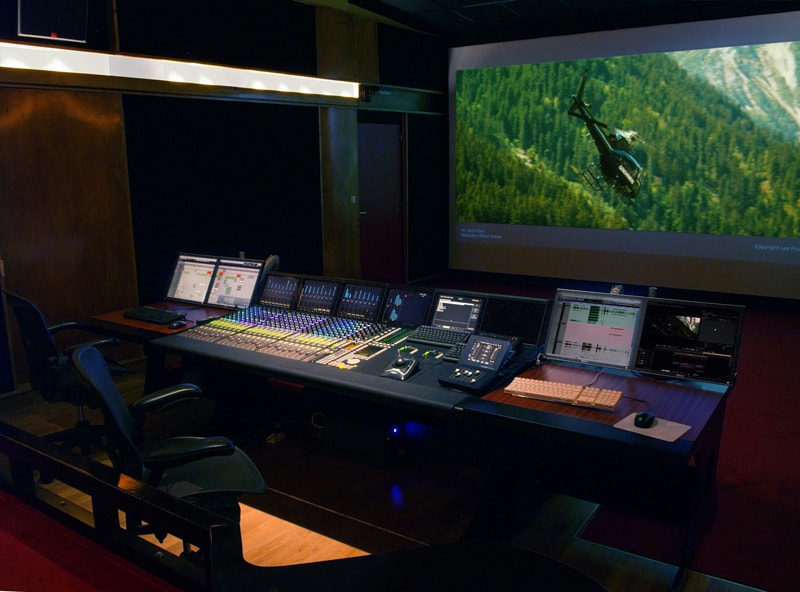 Ghouti says System 5 enables him to mix at much greater speeds, with intuitive hands-on control of track volume, panning, plugins, transport, and other vital operations.

"One of the most interesting projects we've produced on S5 Fusion is a 24-minute 5-screen film for the new Invalides Army Museum, the new Charles De Gaulle museum in Paris. The entire project was mixed in the box with Nuendo to be as portable as possible so that we can finish the mix in the room it is to be played in. For that, the S5 Fusion proved itself invaluable in helping me mix more than 100 DAW tracks as if they were DSP. I plan on renting a System 5-MC DAW controller to finish the show on-site by the end of the year," concluded Ghouti.

With Avidâs worldwide reputation as the industryâs most proven and trusted provider of advanced audio technology, Ghouti and Lesachet say Yellow Cab Studios will rely on Avid for years to come.