Find proven and trusted audio solutions for a premier audio facility in Paris.

As one of the leading audio production houses in France and Belgium, Piste Rouge specializes in sound for film and animation. Piste Rouge’s recent projects include Zarafa, Le Tableau, Des Gens qui s’embrassent, Sarah’s Key, and The Secret of Kells. Production teams at Piste Rouge require powerful workflows that enable them to take on the most demanding sessions, maximize their creative output, and create and deliver the best mixes possible.

The company chose Avid Pro Tools and Pro Mixing solutions for their seamless integration, unparalleled performance, and premium-quality audio. Piste Rouge implemented Avid workflows at all of its studios, including Angoulême (France), Brussels (Belgium), and its new state-of-the-art facility in Paris.

Rebuilt for the future

To ensure Piste Rouge can offer the quality and flexibility clients need, Bruno Seznec, manager and sound supervisor at Piste Rouge, had the original location knocked down and rebuilt from scratch. This enabled him to take an uncompromised approach as he led the design team through the rebuild. A network of EUCON control, MADI-compatible Pro Tools systems, and Avid System 5 consoles provides the unprecedented integration, power, and flexibility Piste Rouge needs to take on a diverse range of projects. 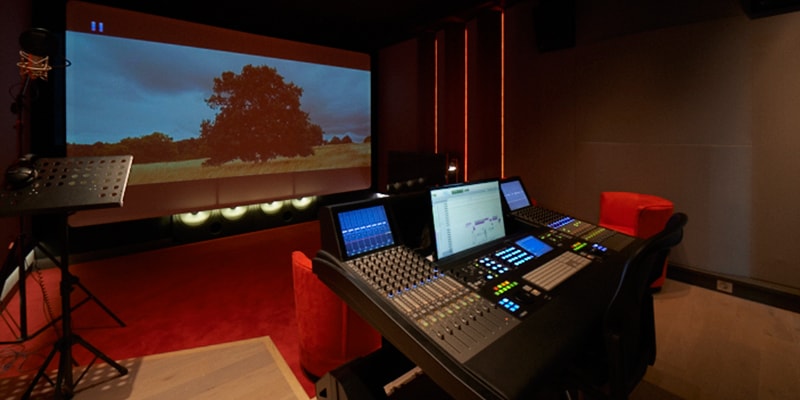 "We now have the technical facilities to play, listen to, and control any machine from any studio, throughout the whole building," Seznec explains about the flexibility of being able to control Pro Tools in the editing room from one of the three auditoriums. "Apart from the practical side, I'm hoping to provide access to different areas [of the facility] according to clients' needs. For example, seven people are currently approving a sound cut in the comfort of spacious Auditorium 1. Previously, they all would have had to cram into the editing room, which wouldn't have been very conducive to the approval process.”

Avid Pro Mixing for every room, every need

As a Pro Tools user and longtime enthusiast for the ergonomics and audio quality of Euphonix (now Avid) Pro Mixing consoles, Seznec found the ultimate integration between the two (after Avid acquired Euphonix) incredibly attractive. That’s why he chose an all-Avid workflow for the entire complex.

Thanks to the Euphonix console expertise that it has acquired, Avid can now provide a complete range of mixing solutions, which are perfectly suited to today's world of audio in terms of ergonomics, compatibility, and design,” he states. “On that subject, the true integration that now exists with the EUCON protocol is something that should have existed all along.”

In the two sound creation/editing rooms, the teams use Artist Control surfaces to interact with Pro Tools | HD Native. In Auditorium 3, where the teams mainly record and mix animated TV series, they use a combination of Artist Control and Artist Mix surfaces to control the Pro Tools | HDX systems. “It's an ideal solution for Pro Tools mixing in-the-box,” Seznec says about the Artist Series. “Artist Control's selection and sound level attenuation features mean that we can oversee all of the surround monitoring.”

System 5 is the ideal tool for preparing and finishing a mix in the best possible conditions.

Auditorium 2 was designed first and foremost for commercials and trailers, and houses a 14.8-foot wide screen in its nearly 1,300 square foot space. At the helm is a 16-fader MC Pro control surface. “Although we are operating [Pro Tools] remotely,” Seznec explains,“we really feel that we are touching and seeing an audio console in front of us, with full access to Pro Tools’ control and management features. The marriage between the two has been very successful!”

While paying great attention to ergonomics, Seznec is also mindful about the image that the gear in his auditoriums represents. And he couldn’t be more proud of Auditorium 1. Designed for feature film projects, the impressive 3,013 square foot space houses a 21.3-foot wide screen and the crowning jewel of the Avid Pro Mixing line—a 32-fader System 5 console with EUCON Hybrid Option, the exact same configuration installed at Piste Rouge’s Brussels facility.

"The System 5 provides complete control of Pro Tools within a high-performance audio console, making it the ideal tool for preparing and finishing a mix in the best possible conditions,” Seznec concludes, appreciating Avid’s latest EUCON integration in its mixing solutions.