Media organization is at the forefront of every video team these days. As many teams have gone remote and remain decentralized, an organized approach to asset management is a must-have to keep production on track.

This is especially the case with corporate video production. As with film and TV production, you'll likely have a large number of freelancers who may be rotating in and out of the production and post-production teams depending on the project. That, in addition to a large team of in-house video producers and a high volume of different projects, can lead to a great deal of inefficiencies born of a lack of standardization. Hours and quite a bit of creative energy may be lost as people search for files that don't follow a standard naming convention, hunt for project folders, or wait for access.

But that energy and time don't have to be lost. Taking a cue from film and TV's time-tested workflows, we've adapted four best practices for media organizations that will have your video team working like a well-oiled machine and producing outstanding content. 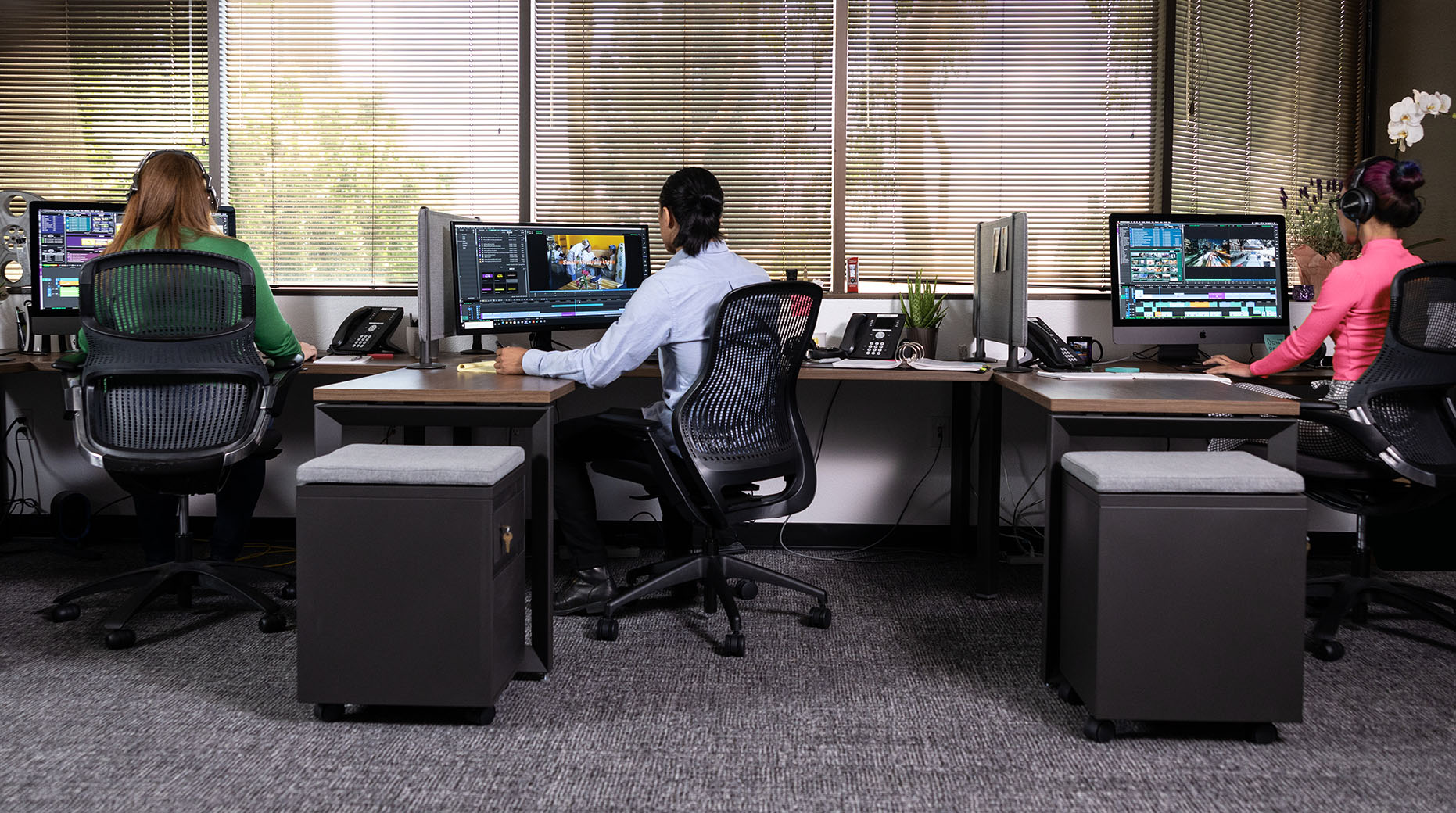 This essential step sounds simple, but failing to establish standardized naming conventions—and communicate them to all stakeholders—can result in a tangled mess.

Corporate video production can have dozens of video projects going at a time, with a mix of in-house teams and external freelancers uploading and editing video files. The names assigned to files by a camera aren't generally useful to humans, so renaming these files to be more descriptive is vital to ensure a smooth workflow—as is having a standard naming convention to follow.

As an organization, you should decide what information is most important for everyone working with these files to have right off the bat. At the very least, this should include a location, a date, and a descriptor indicating whether the file is, for example, b-roll or an interview. These elements should all be separated by underscores and should never contain backslashes, forward slashes, or any other character that computers read as part of directory changes.

Folder structure may sound less important, but is a piece of file naming conventions, and these two should reflect each other. Unlike in film and TV production, you're likely not dealing with multiple shoots, episodes, and units, with many takes for each. But you still need a deeper structure than, say, just having a general folder for each project. Subdividing footage into folders based on location, shooting date, or topic will streamline your workflows.

File naming conventions and folder structure go hand-in-hand with documentation. Present this information to your teams as clearly as possible, including large, colorized images of file name templates and the standard folder structure. Having a visual cheat sheet will empower your teams to adhere to these standards.

Every employee and freelancer who joins your video team should have this information at their fingertips the moment they start working with footage, and onboarding should prominently feature these topics.

Once you have your standard naming conventions and folder structure, turn your attention to where these files and folders live and how your teams access them.

A media-centric storage solution will save your team countless hours. Storage designed for video production will allow the previewing of clips before downloading them, enable multiple users to access assets simultaneously, and connect with editing software like Avid Media Composer. Media-centric storage can also scale up and down much more easily, with solutions that can add and remove users with the click of a button, giving you a greater degree of flexibility.

If your teams are decentralized, with members that are sometimes thousands of miles apart, you'll likely need at least a hybrid cloud solution. A regular cloud-based file-sharing service can do in a pinch, but the sheer size of video files and the project files that can link them makes a shared media storage solution, preferably with a cloud-based element, a much more efficient option.

Metadata tells your computer and your editing software everything it needs to know about the footage you're working with, from the camera that shot it to the color space to the frame rate. It can also be used to inform a producer or editor whether footage is usable, if it includes logos that may need to be blurred or removed, and other critical factors. Metadata can even include audio transcripts.

Most of this metadata will probably be introduced or collected within the editing software your team uses. That data is stored in file formats that may not be compatible with other software used in your post-production process, so have your team test how well all your metadata is preserved when moved between software, and minimize how often you make those moves.

Depending on your needs as an organization, you may also want to invest in an asset manager that can keep track of this metadata and ensure that it's kept in a format that all your software can recognize. For organizations that are doing a lot of post work outside of their NLEs, an external asset manager can smooth your post process.

Corporate video production is a different beast from film and TV, but it's still a creative process that shouldn't be slowed down with managing technical needs. These best practices that we've adapted from the film and TV industry will give that time and energy back to your teams.