The Secret Weapon of All My Mixes: Stereo Imaging

Compression, EQ, balance, and image. In my opinion, these are the four keys to every great mix. Sure, effects like reverb, delay, distortion, and modulation are sexy and allow for a great deal of individualism in your music, but no mix can be great without getting the first four elements right.

We talk a lot about how to correctly use a compressor, how to get maximum impact out of your drums, or how to get a smooth vocal performance. And we talk about the need to EQ your audio in many ways that can both correct problems and emphasize elements of a mix creatively. And we all know how important your levels and track balances are. But often, we forget to talk about the stereo image, or we minimize its role to simply panning. In this article, I'd like to share four of the ways I most often use my multi-band stereo imaging plugin Spread to give my mixes a little added depth—now part of the Pro Tools Inner Circle, available to all Pro Tools annual subscribers.

Spread is a multi-band stereo imager. Meaning, not only do we have control over the width of individual tracks, but we can also create separation of frequencies by enhancing the stereo image in some frequency bands, while minimizing the stereo image in others. Aside from this, we have a few other great features which enhance the usefulness of the plugin.

First, Spread has two different imaging algorithms: ST (stereo) and MS (Mid/Side - available only on tracks beginning as stereo). You have the ability to adjust the crossover on each band as well as solo/mute each band to give maximum control over the signal and allow you to isolate what part of the signal you want to listen to at any given moment. There's a Side Roll-Off feature to help take the guesswork out of imaging, which filters-out the sides up to 200hz, allowing you to maintain a clean mono signal in your low frequencies. There's also a Tilt function, which adjusts the balance between left and right signals. And finally an output Trim, giving users a gain stage. Simply put, it's the best stereo imager on the market. No cap. So how do I use it?

This one is a simple one. When you're mixing a song and you have two guitars, you might pan one left and one right to create a nice wide guitar image. This is great if you have an instrument that's already stereo. But what if you have only one guitar layered with a number of other elements, and you're having difficulty creating space for it?

I often try to treat my mixes in a feng shui sort of way. Meaning, while the left and right channels don't need to be identical, they do need to feel balanced. Having an odd number of sounds in any given place in the mix can often feel cluttered and push too much of the weight of the mix to one side. Alternatively, if every sound in your mix is already stereo, sometimes you're just looking for creative ways to separate one synth from the next. Spread is my go-to tool for all of the above scenarios. Often, with multiple stereo tracks, I'll use Spread to make some tracks more narrow, others more wide, and others left alone, because this allows for a much larger feeling mix when you fill up more of the stereo image—leaving more room in the center for your drums and lead vocals. 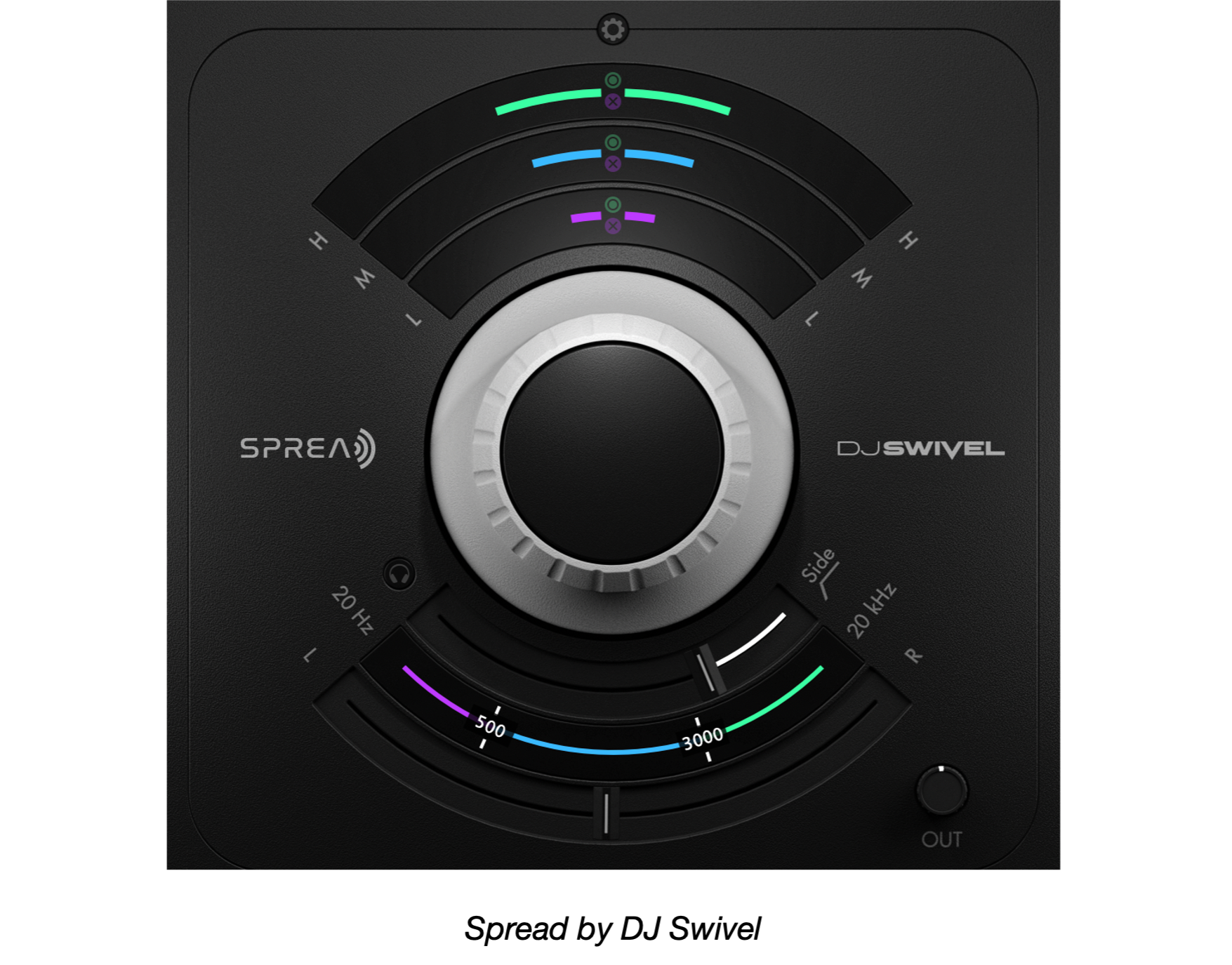 I can't tell you how many times I've received background vocal harmonies that have each note sung only once. This often creates a balance issue that isn't aesthetically pleasing.

First, I love wide background vocals in stereo, and they should feel balanced. Sure, there's always the outlier scenarios where you may want one harmony panned left, and the other right, but generally speaking, I want the same frequencies shared between the left and right speaker. Often what I'll do here is throw an instance of Spread on the vocal harmony I'm looking to double, and push all frequencies as wide as they can go.

One of the great things about Spread is being able to take a mono signal and make it stereo. Spread doesn't add any irregular or weird phasing issues, which allows your vocal to fold down to mono with ease, without creating any signal cancellation. This is optimal for creating stereo versions of mono vocals and a frequent use case for me. 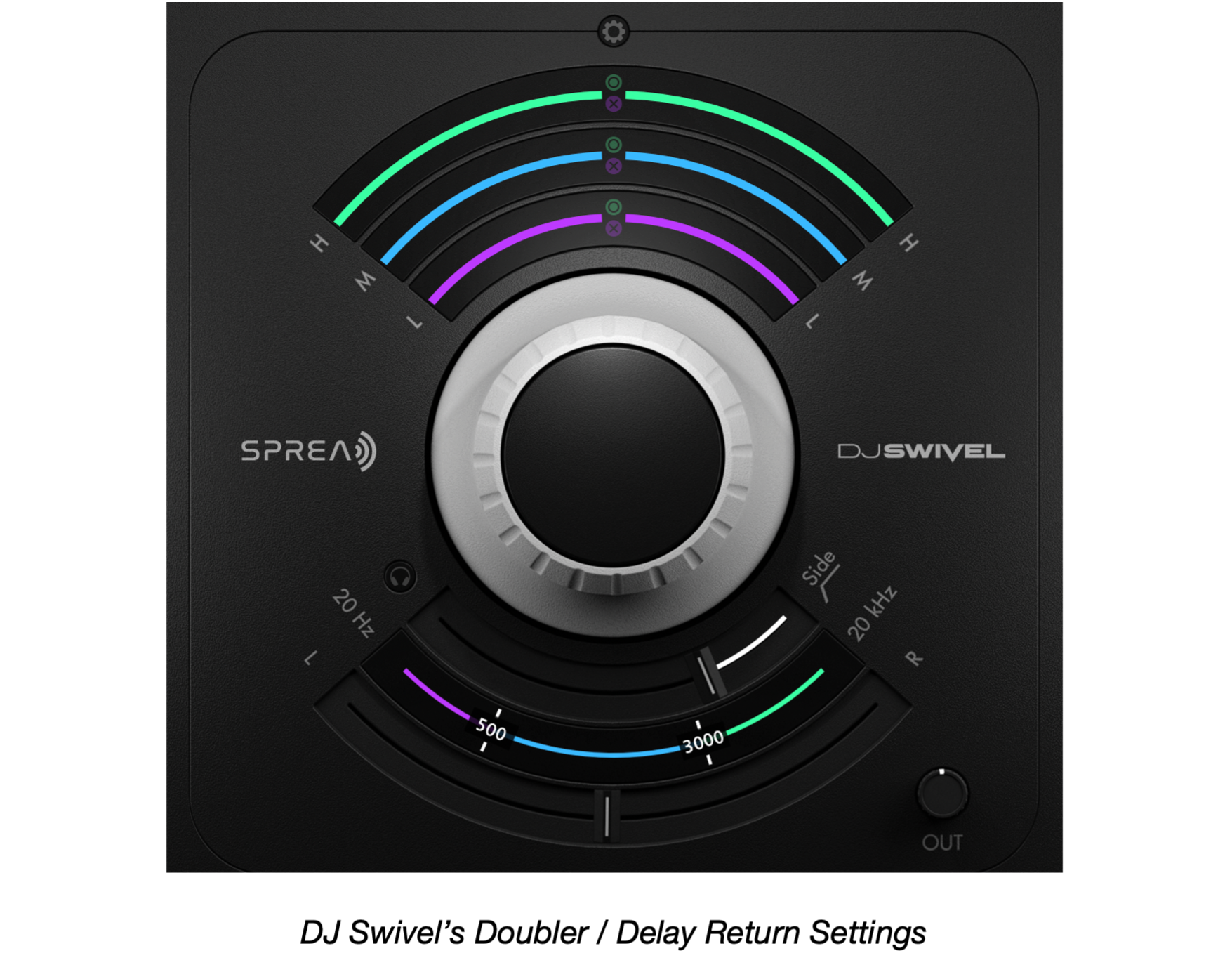 Have you ever thrown a delay on your lead vocal only to realize the same delay you just added is now fighting with your lead vocal? Well, there's a simple reason for that: The mono signal you're sending to your delay is now bouncing on top of the same vocal, creating a cluttered sound.

Almost 100% of the time I apply a delay to a lead vocal, I always add an instance of Spread in front of the delay to create stereo separation on the delay return signal. This allows each cycle of the delay to wrap around your vocal, keeping it out of the way of your lead, while still adding the feel of a delay. It's a simple but incredibly useful trick for when you want your vocal to cut though the center of your mix.

So, you've finished your mix, and it's time to put those finishing touches on it before it's ready for the world to hear. You might start with some bus or multiband compression, a little overall EQ, and, of course, top it off with your limiter. But my secret weapon in every final mix or master I complete is subtle augmentation of the stereo image. Somewhere after the bus compression and before the limiter, I'll hit my master with an instance of Spread. When doing so, I generally stick to a simple recipe.

I like to fan-out the frequencies to create separation (and ultimately, size) in the mix. I usually start with the high frequencies (3kHz and above) by making them the widest. Then, I'll make the mids (500Hz-3kHz) a little less wide, and for everything below 500Hz, I'll often leave alone—or, in some cases, I'll even narrow the image. I do this because in addition to our balance and panning, our width (or image), needs to have its own definition, too. I want to be able to pick out each sound in a mix and give it clear space. By fanning out the frequencies on a master track, you give each frequency band its own individual space within the overall mix. 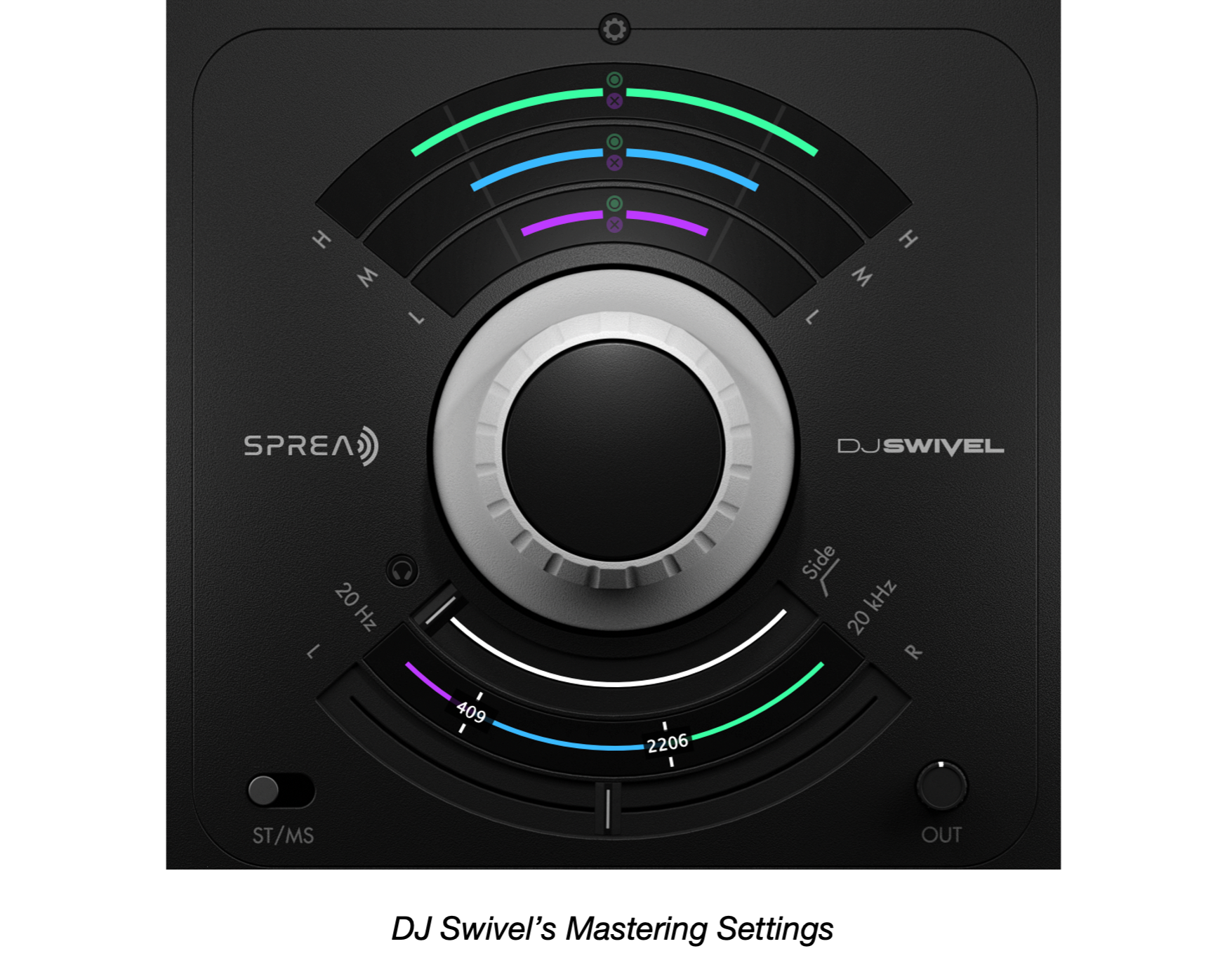 All in all, there's really an endless number of use cases for Spread, and stereo imaging in general. Aside from EQ and compression, Spread is the tool I use most often on the records I work on. It's become a necessity in all mixes, and it's that secret ingredient I like to use to create big, wide sounding mixes. 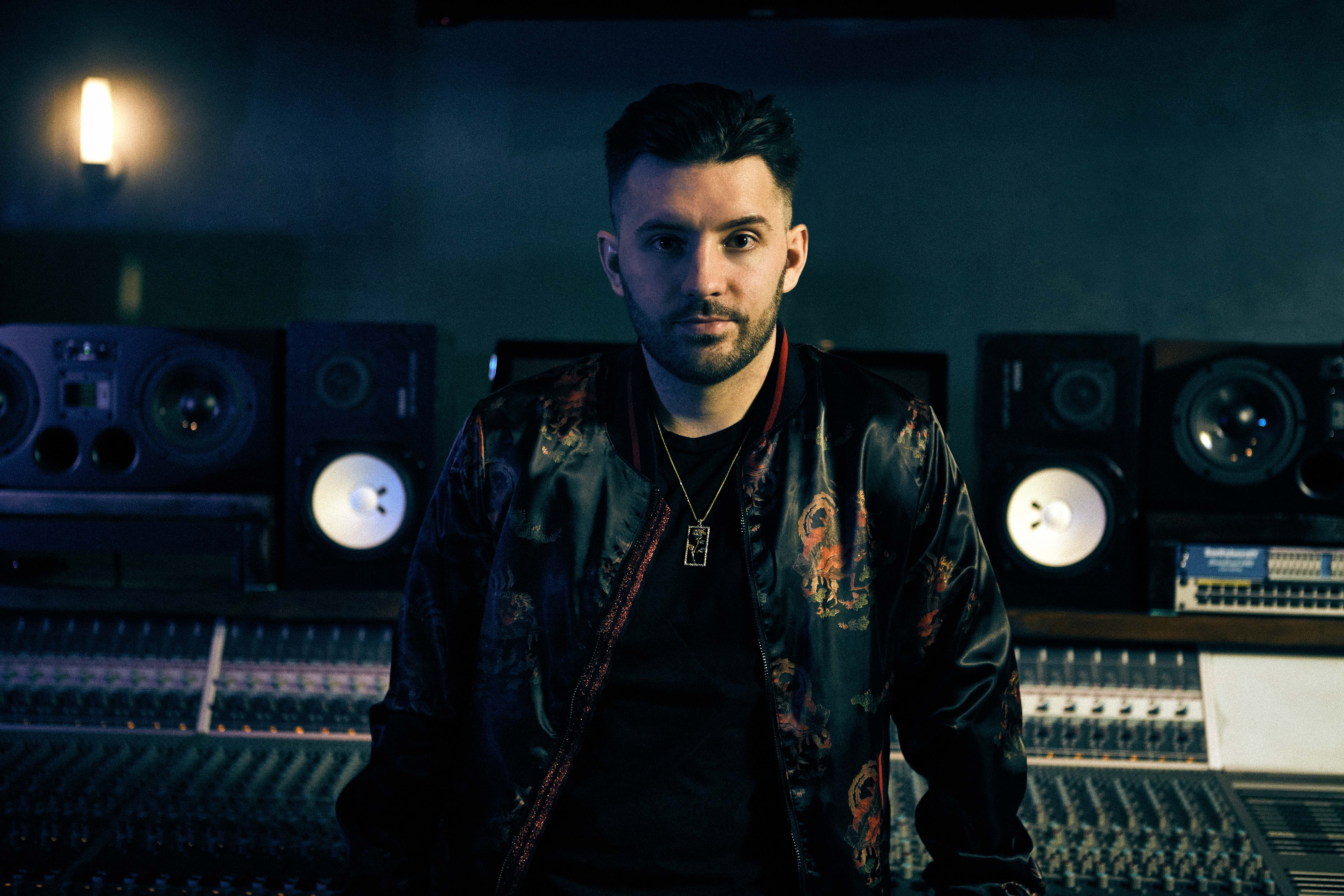